The Building and Inauguration of Meldreth War Memorial

This is situated on a triangle close to the station on the intersection of the High Street, Station Road and Whitecroft Road.  It is made from silver-grey Cornish granite with the names in cut and metal filled letters.  It was carried out by Mr G. E. Streather of Royston.

There are twelve names for the First World War and seven for the Second World War. Details on all nineteen men are available on the List of the Fallen page.  There is also a plaque in Meldreth’s Holy Trinity Church.

190 donations were received from individuals, couples and families.  The largest was £10 from Miss Chamberlain and the smallest 6 pence (6 people).  The most popular amount was 5 shillings, current value about £10.60 RPI or £47 average earnings (43 people).

It was dedicated in early February 1920.

The school children and elder scholars from the three Sunday schools attended a short service and then processed to the site where a service was held at 3pm by the vicar, the Rev P. Harvey, assisted by the Rev. J. G. Davis, the Congregational minister from Melbourn and Rev. C. H. Walters a Wesleyan Circuit minister from Cambridge.  The hymns were:

A united Memorial Service was held in the Parish Church in the evening.

The event was reported in the Herts and Cambs Reporter on 6th February 1920.

The war memorial was inaugurated on 11th November 1923 with Shepreth Brass Band in attendance.

Click on the images below to view other images of the war memorial. 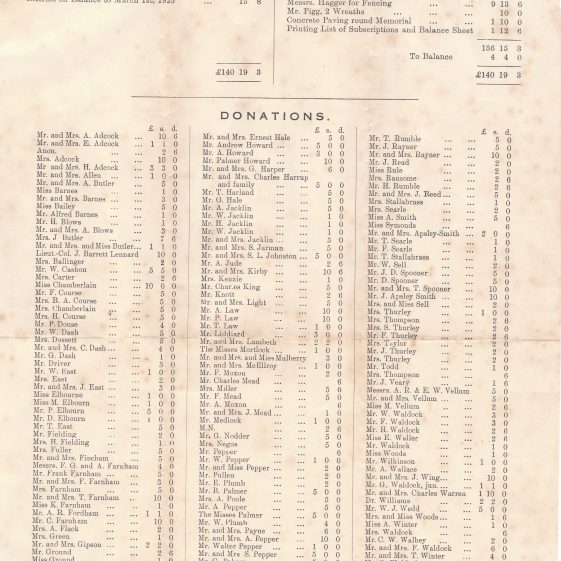 Details of Funding for the War Memorial 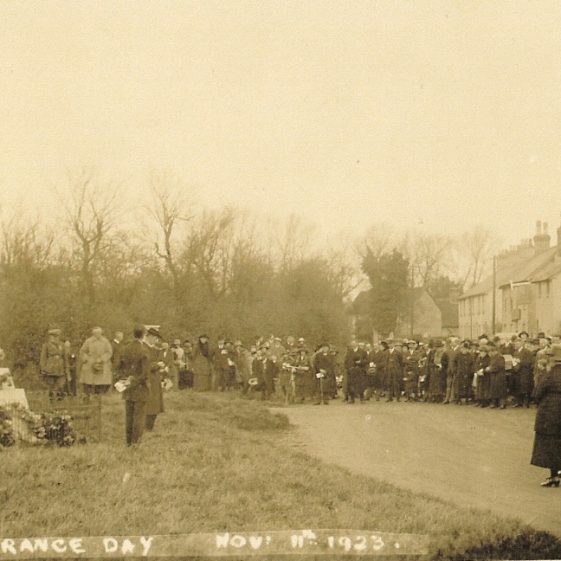 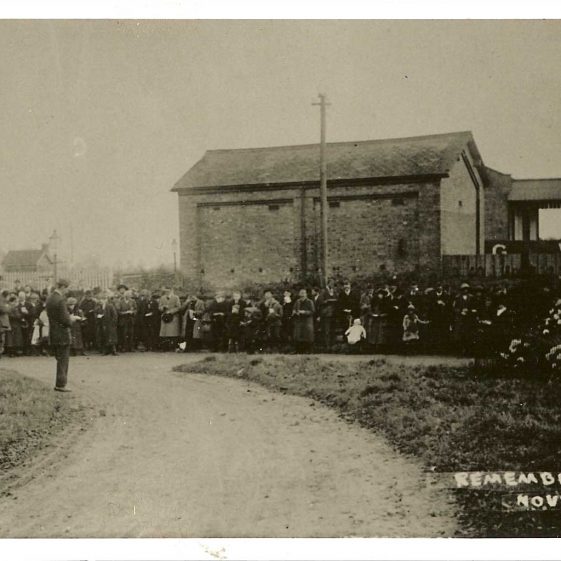 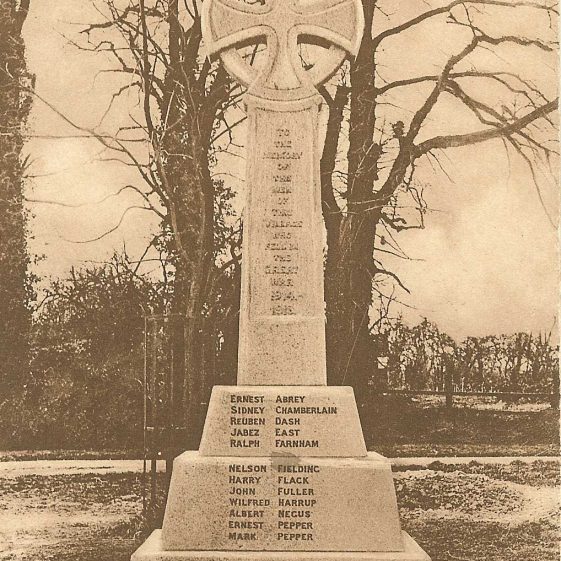 Meldreth War Memorial, showing the names of those who died in the First World War
Postcard supplied by Joan Gane 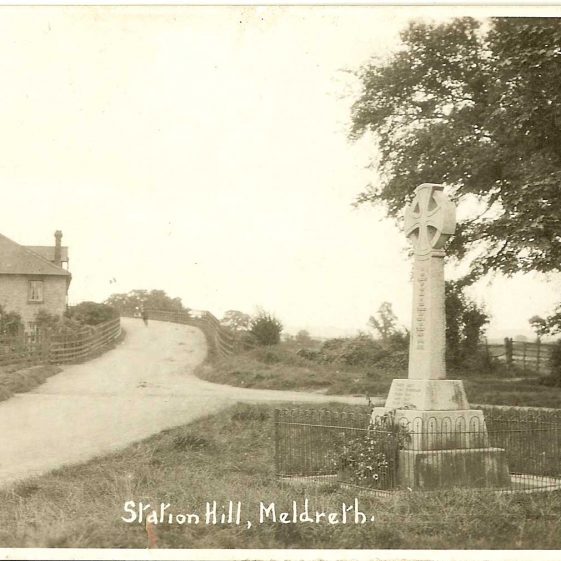 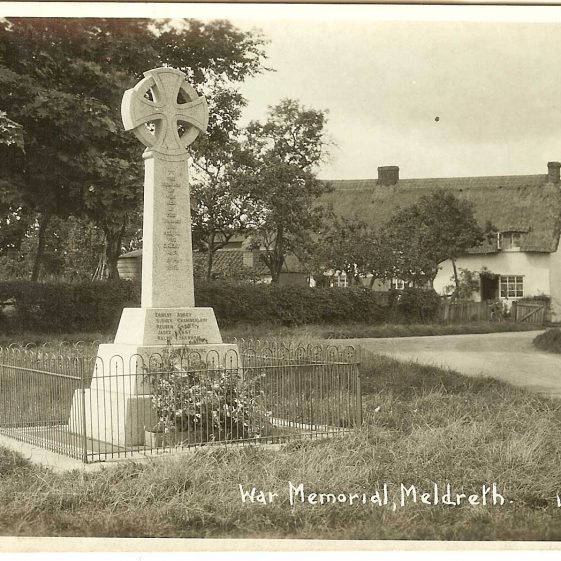 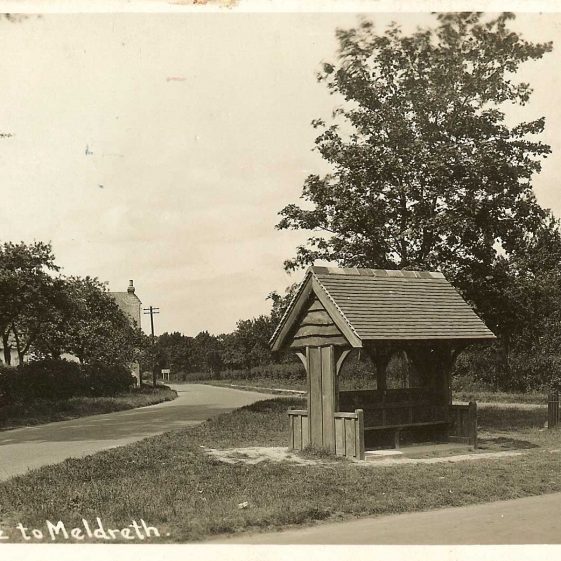 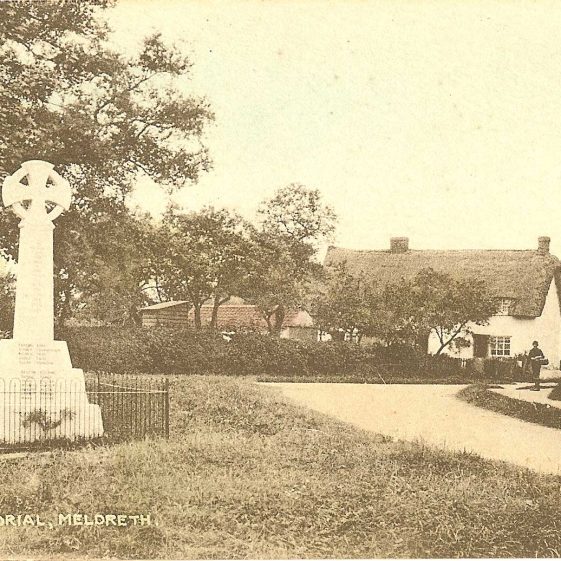 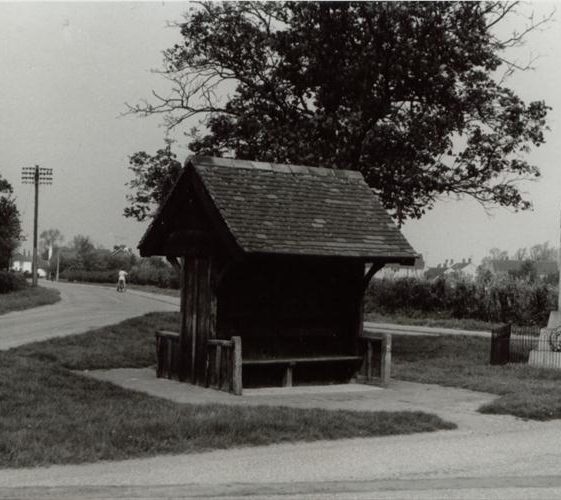 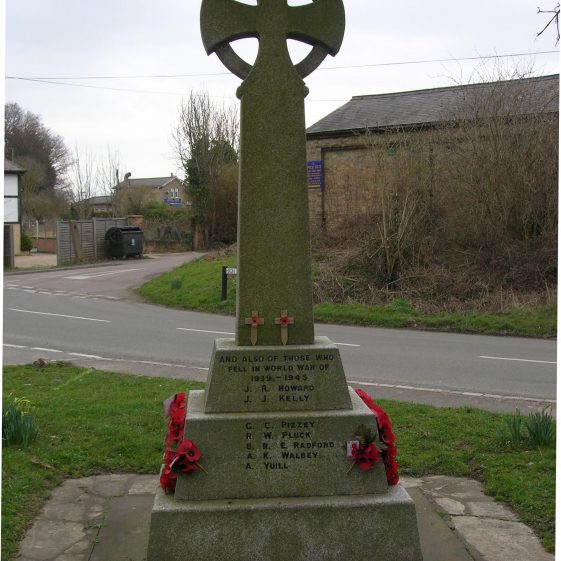 Meldreth War Memorial, showing the names of those who died in the Second World War
Photograph by Kathryn Betts, March 2010 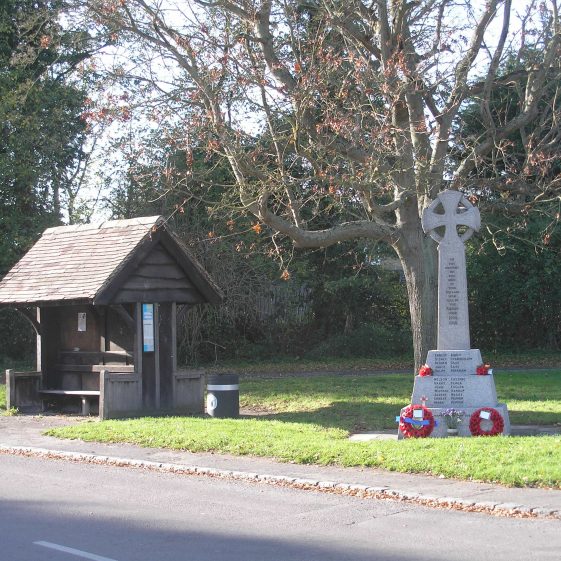 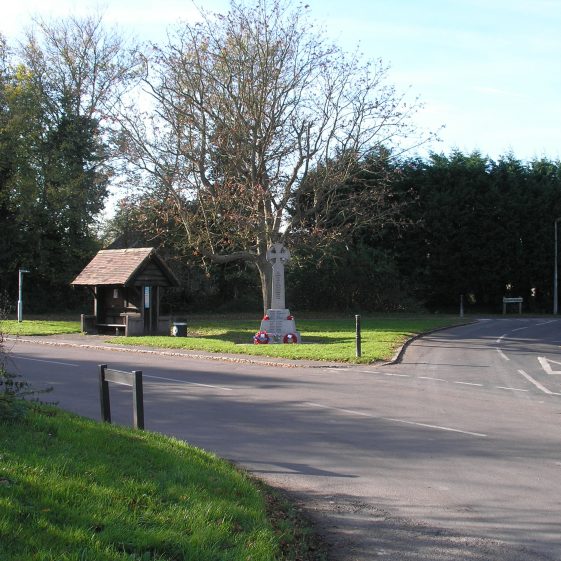 Meldreth War Memorial at the Junction 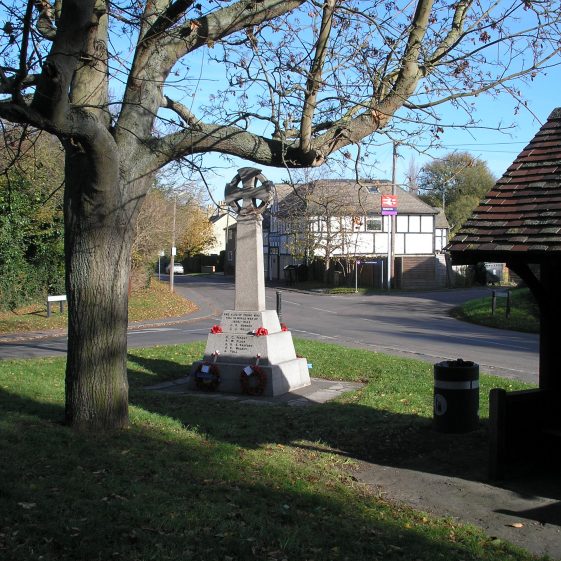 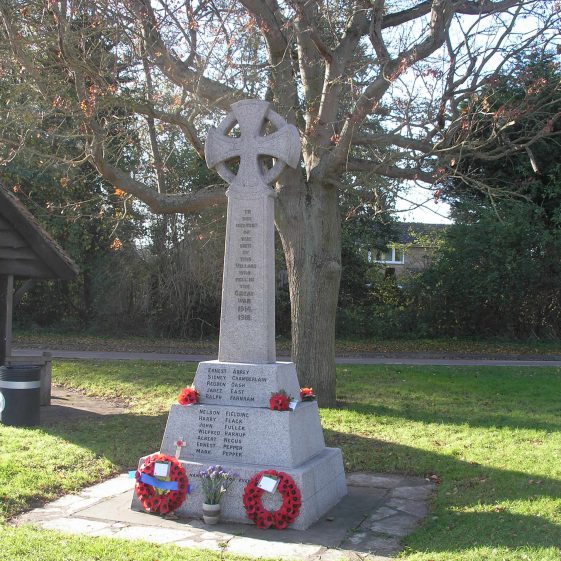