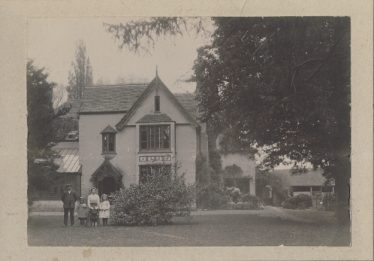 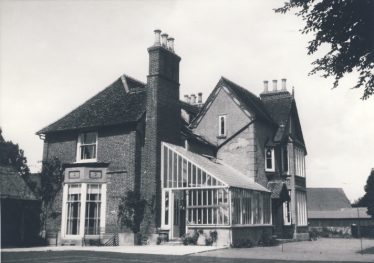 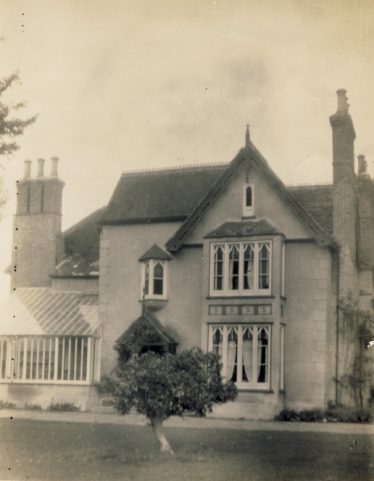 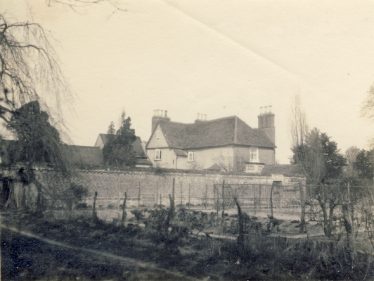 We are indebted to Janet and Michael Pilkington for sharing their memories of Sheene Manor and Farm with us.

Janet Pilkington first visited Sheene Manor just after the war at the age of 9 or 10.  One of her memories from that time was of the full time gardener, Bert Cooper, who grew wonderful cauliflowers in the walled garden.

Inside the Manor house the rooms were very large and surprisingly there were only three bedrooms (now 4), a large kitchen, hallway, large lounge, dining room and a Victorian conservatory.  There were open fireplaces in every bedroom.  One bedroom, previously used by George Palmer, contains panelling that used to be in the hall.  This is painted now.

The Cambridge Antiquarian Society said that in 1665 there were 11 fireplaces and probably more although it is difficult to see where they all were.   Certainly some of the chimneys are false giving the impression that there are more rooms than there are.  There is a quaint mix of styles from sixteenth to the nineteenth century.  On the south-west side there is a seventeenth century wall of mellowed red bricks forming two wings of the house and enclosing an area that was once Elizabeth Pyke’s garden, now the kitchen garden.  The south side had columns, or quoins, but they have since been removed.  Part of the west wing has been lowered by one story exposing a tapering chimney stack.  There was a lumber room in this part of the house with a large faggot heath.

There was a tennis court at the back of the house but this is now laid to lawn.   In the past it has also been a croquet lawn.  At one time there were 6 tennis courts in Meldreth and Melbourn and during the summer tennis matches were played on a different court every evening finishing up at Malton.  One of the courts was at Chiswick Farm.

There used to be an old long barn on saddle stones in the farm yard which had to be pulled down.

Janet and Mike Pilkington married in 1960 and moved into the Manor ~1980 when George and Marjorie Palmer moved into the bungalow converted from the old stable block.

Ada Catley used to be a maid in the house.  She remembers being there when George Palmer’s father died in 1934.  He just dropped down dead whilst shaving.

Sheene Manorial records are in the Cambridge Record Office.