The History of Sheene Manor 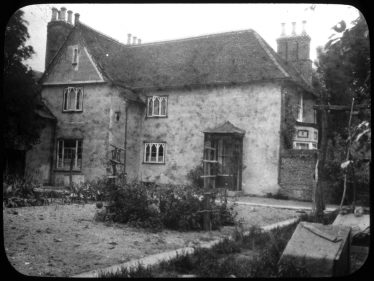 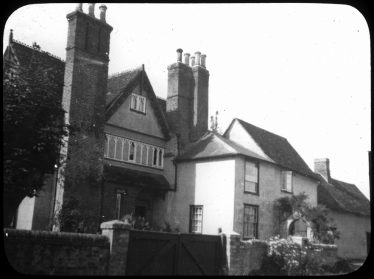 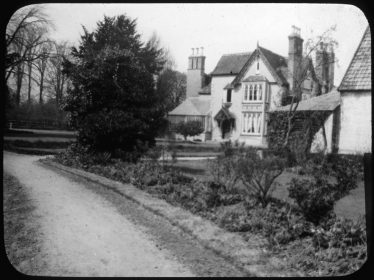 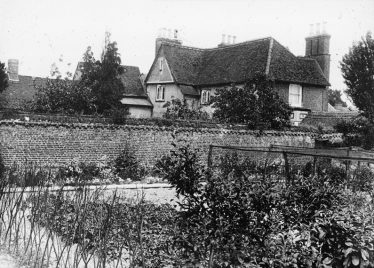 zoom
Lantern slide of a south west view of Sheen Manor House showing the old wing to the left and the outside of the walled garden. Photo dated 1924
Cambridge Antiquarian Society 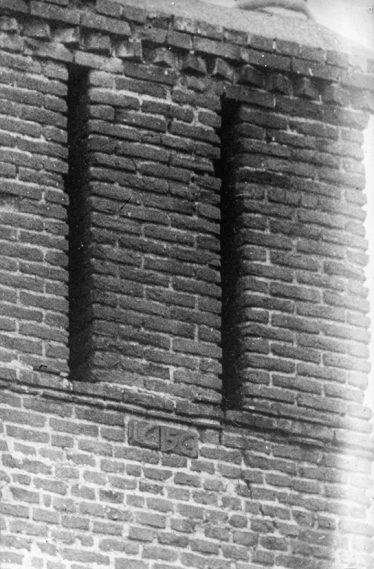 We are indebted to Michael Pilkington of Sheene Farm for the transcription of this paper by Dr William Mortlock Palmer.

We are now standing in what I think was the earliest situation of the Shene Manor, so called from the name of the Carthusian Priory in Surrey, which owned it for a century and a quarter preceding the dissolution of the monasteries. The moat was rectangular, and you can still see how it was filled and emptied. This estate before the Norman Conquest, belonged to a Saxon named Goda, attached to the Earl of Mercia. Perhaps his house was here, but as the Anglo-Saxons did not put moats around their dwellings, he may have lived on the high ground between the ditch and the river, which was not surrounded by stagnant water. But the grange of the Norman abbey of St.Evroul to whom the estate was given after the Conquest probably stood here. The matter is complicated by the fact that the estate as described in Domesday back, had been divided by the end of the thirteenth century into two parts, the abbot holding this part, and the other, at the opposite end of the village, over a mile, away,|being help by a tenant by Knight service. At the time of Domesday the estate consisted of 700 acres There was a water mill worth 15/-, a good price, and amongst the cattle were 5 milking cows. There was much meadow attached to the Manor then, as now. That is to say, all the meadow between here and the railway, and the meadow on the right -hand site of the road as you come from the railway, belonged to it, and as you can see by the 30 cows grazing in these meadows the milking tradition is still kept up.

There are no registers of the Priory of Ware, a daughter house to St Evroul, which managed this estate, so the only reports we can get of it are accidental. We find that a licence was given for an oratory in the Manor house for which the abbot had to pay 2 pounds of wax to Meldreth Church on Trinity Sunday. In 1272 the Manor had about 50 tenants. In 1324 the garden, fishery and dovecot were worth 10/- a year, and there were 2 swans on the moat.  Early in the 15th Century all the possessions of foreign abbeys were confiscated by the king, and this estate was given to the newly founded monastery of Shene.  Afterwards the Home Farm or demesne lands, consisted of about 240 acres, were let on lease.

When the greater abbeys were dissolved by Henry 8th this Manor of Shene was bought by Sir Robert Chester, of Royston and Cokenach.  At this time, I think, the site of the Manor House was shifted to the present site but probably a garden or orchard continued here, because about 50 years ago, and later when I used to walk daily across these meadows to a Dame’s school at Melbourn, there used to be an ancient pear tree here, which bore what we called iron pears.

The modern manor house was next visited, the guide showing the running water all round the present farmyard. and the dovecot with a separate moat on a piece on land large enough to contain a house.

The 16th Century walled garden was then visited. It was con- sidered worthy to have lavender hedges, beds of sweet herbs, choice fruits on the walls, , trim grass paths. a sundial , and a birdbath in the centre and perhaps a peacock. Two sides of this garden are formed by the house, and they are the oldest parts of the house.

The present Manor house is a quaint pile of mixed styles from the 16th century onwards. Only one room has any oak panelling and this was formerly in the hall. The fireplaces are all modern. Sir Robert Chester sold the Manor to Thomas Sterne of Malton, and his daughter carried it to William Ayloffe in mar- riage about 1610. Both these families Sternes and Ayloffes lived here. The Ayloffes were an Essex family, one of them was a judge, another published a calendar of ancient Charters well- known to topographers. William Ayloffe, who married Catherine Sterne, was a student of the He brew tongue. Thomas Gataker a Fellow of Sydney College, whilst the College was being built, stayed here several months in order to teach Hebrew to his host.

Another William Ayloffe was cup-bearer to the Queen of Bohemia.

The was Elizabeth Stuart. daughter of King James the First, known as the Queen of Tears, Ancestress of King George 5th.

This man lived at Melbourn Bury he had long white hair, and lies buried in Melbourn Church, but his tomb has been destroyed.

He founded the free school and was a benefactor to Trinity Hall.

The Ayloffes were Royalists, and had to sell some of their property to pay the fines imposed by Parliament. The buyer of this place was George Pyke, who seems to have been one of the Commonwealth new rich. He bought this Manor In 1647, and as you see by the date on the chimney stack, he re-built part of the house at least in 1656. When Hearth tax was levied in 1665 he owned to having 11 fireplaces. In the present house there are only 7 fireplaces, so Pyke’s house must have been much bigger than this. Perhaps I ought to mention that one chimney pot in each stack is a dummy, and probably has always   been so. Two generations of Pykes lived here. The first one died in 1658, and on his monument at Meldreth Church, placed in a special chapel built for it, he had quartered the arms of nearly every family, that ever lived ix Melbourn and Meldreth, Argentine, De la Pole, Hasilden, Wantan etc. In the hall window here are 2 coats of arms, Pyke Impaling Hasilden, 3 pitchforks impaling a cross Fleury, But I cannot find a Pyke married a Hasilden heiress.

Perhaps at the disposal of the furniture in the Hasilden Manor House in Meldreth, he bought a cupboard with the Hasilden arms on it, and took a fancy to it, hence I called him ‘new rich’.

During the 18th Century a man named John Crouch, who married Pyke’s daughter, lived here, the Pykes themselves having moved to Hawthorne to Essex.  The Manor was sold to Joshua Fitch about 1820, whose descendants held it until recently, when it passed into the hands of my eldest brother, George Palmer.

Before moving on to Lordship Farm, the party noted that the bridge over the river was cast at Melbourn about ’60 years ago’ but that the foundry had long been dismantled.