The A10 (Melbourn Bypass) 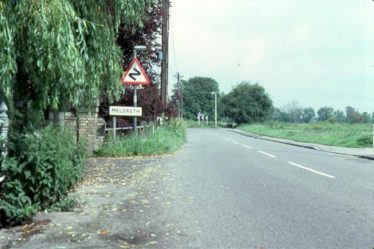 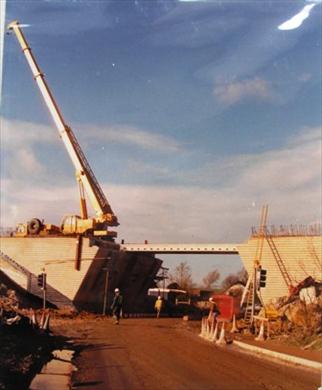 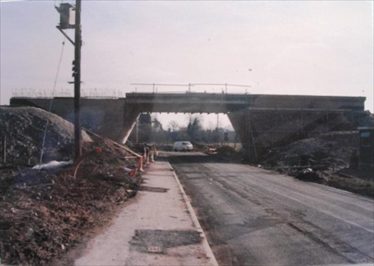 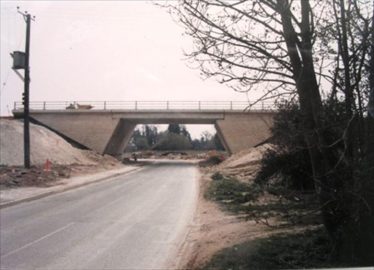 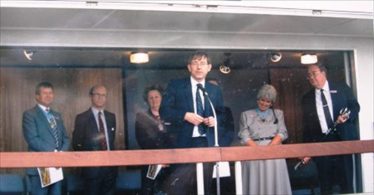 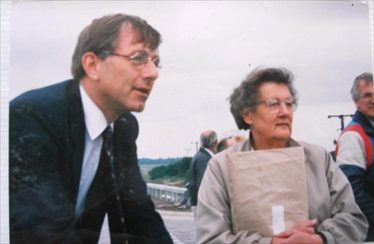 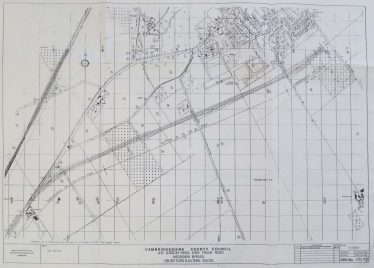 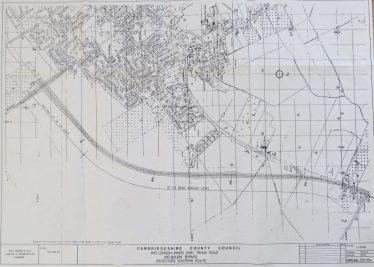 On the 1954 Cambridgeshire County development plan an eastern bypass for Melbourn was shown but subsequent reviews showed a western line which, from 1960 onwards, was protected from further development. The Melbourn village plan of 1975 also indicated a bypass on the western side.

In 1972 a bypass scheme was added to the Trunk Road preparation pool and it appeared in the White Paper “Policy for roads in England 1983”. The scheme was on a reserve list to start construction between April 1985 and March 1987.

A Department of Transport investigation showed that the case for the protected western route was much stronger than any alternatives and this was put forward as its preferred route at public consultation in 1978. The consultation exercise was held between February and March 1978.

The public meeting, held in association with the consultation exercise, was attended by 150 people and 62 written responses were received by the Department of the Environment and Transport.

There was considerable opposition to the western route in both villages principally because it would divide the villages of Melbourn and Meldreth.  An alternative eastern route was proposed and is shown on the maps on the right.

A public enquiry was held at Melbourn between 13th November and 18th December 1984.

The Campaign for an Eastern Bypass for Melbourn – May 1984

More than 250 people including many from Melbourn and Shepreth attended a meeting at Meldreth Village Hall on 19th May 1984. A campaign committee was established and many events were held to raise funds for fighting fund. A committee elected to organise the campaign and to raise an initial £5000 to pay for legal and professional help to present their case to the Public Enquiry.

Work begins on the Bypass 1987

The Department of Transport gave the green light for the bypass via the western route.

Meldreth is being devastated and Frog End massacred by the impact of the Melbourn bypass villagers claim.

Since the bulldozers moved in to start work last month, complaints from residents living nearby have been flooding in.

They say they have been plagued by dust and continuous noise often from early in the morning until late at night.

They fear the splitting up of long established village communities and the loss of trees and scenery.

They warn that some new road junctions will be dangerous accident risks. And they dread the prospect of school children having to cross the road to get to Melbourn Village College.

They maintain that the wrong site was chosen for the £3.5 million bypass and it should have gone to the east instead of west.

Meldreth Parish Council Chairman and South Cambridgeshire District Councillor Mrs Mary Course says the character of the village has been spoilt. “Having a road there is diabolical. I dread to think what will happen when the schools re-open because over 100 children go from Meldreth to Melbourn. A lot of them cycle and a lot walked across the rural footpath that’s not there now. The road should never have come between the villages.”

Pensioner Mrs Joan King faces the prospect of losing her view of trees and fields from her thatched cottage on Station Road, Meldreth. “They’ve just ruined it” she said. “I’ve lived here for 47 years and it’s very upsetting. Roads are going to be all around and we are almost on an island. Its’ going to be a job crossing the road to get to Melbourn”.

On Sunday 3rd July 1988 the Melbourn Fun Run took place along the 6.2 miles of the bypass. 607 entrants ran or walked the route to raise money for the Melbourn Community Swimming pool association.

First over the line was Ian Brown in 32.12 minutes. The first woman was Julie Symons in 42.15 minutes while Jonathan Norton and Nicola Williams were the first boy and girl junior to finish.  Meldreth residents who were in the top 50 finishers were Justin Stevens, Rob Searles and John Middlemas.  The event was sponsored by the Royston Crow and Budge the builders

The bypass was opened by Peter Bottomley, Minister for Transport, in July 1988 (see photograph below). The contractors A.S Budge from Nottingham were given 18 months to finish the work but completed the task six months ahead of schedule.

Press release at the opening of the bypass – July 1988

As District and Parish Councillors for the villages of Meldreth and Shepreth we wish to make it known to the press here today that we have never agreed with this position of the Melbourn bypass, nor do the majority of the people in the villages we represent.

The public enquiry in the autumn of 1984, which dragged on for five useless weeks at the expense of the tax and rate payers, was nothing more than a whitewash.

There were well known and far better alternatives to the route which the Department of Transport obviously intended to thrust upon us and on their own admission far less costly. The road has been built in a situation which no one in their right minds would have chosen and diabolical is too weak a word to describe it.

This road has split the village of Shepreth and divided Meldreth and Melbourn making journeys far more difficult whether on foot, in a vehicle or whatever.

Mr Peter Bottomley and his successors would do well to remember those points when considering sites for future bypasses and not to ignore so blatantly local opinions, social, environmental and economic aspects of the situation.