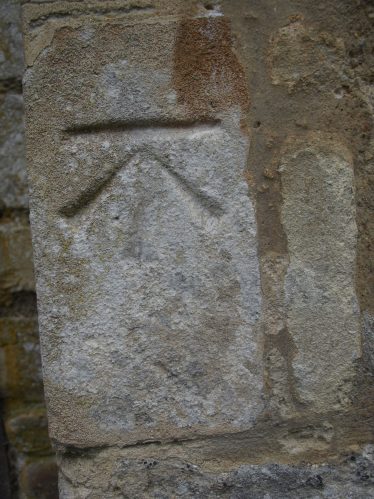 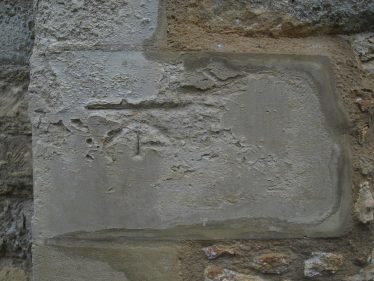 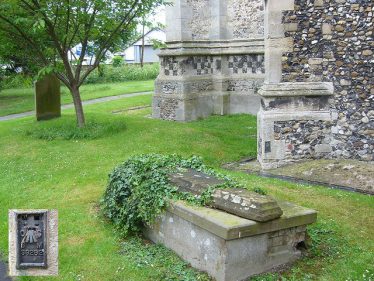 Ordnance Survey Benchmarks (BMs) are survey marks made to record height above Ordnance Datum. If the exact height of one BM is known, the exact height of the next can be found by measuring the difference in heights, through a process of spirit levelling.

Some are horizontal marks. These were used to support a levelling stave during the measuring process. This was termed a “bench”, hence the term bench marks. This ensured that the marks were uniform and the stave could be accurately positioned for future measurements (now replaced by more sophisticated technology so these benchmarks are not maintained).

There are 190 fundamental benchmarks and there were hundreds of thousands of subsidiary ones, of which about 500,000 remain. Unfortunately they are no longer maintained so many have been lost through redevelopment, road widening, etc.

There were thirteen benchmarks in Meldreth, with the two main ones located at Holy Trinity Church. The one on the north side is only a cut mark, not a metal plate, so there is no plate number. It is described as “being four blocks up on the left hand side of a projection at the west end of the north face of the tower. A smallish mark, poorly formed (lines not straight, shallow)”. Possibly a replacement as the tower has had lots of repair work.

The one on the south side was listed as “destroyed” on a visit on 19th December 2009. It was on the third block up at the left hand side of a projection at the south end of the west face. The report states: “the corner block has been recently replaced (there is still scaffolding up) and the masons have cut a large mark on the block”. However, I found an indication of it in August 2018 (see below).

North side of Church

South side of Church

The others in Meldreth, between the OS map co-ordinates eastings 360-380 and northings 450–475 were in the following locations:

There is also one on the church in Melbourn on the SW angle (pictured left). This is a plate: number 9282.

There are other benchmarks in neighbouring villages, plus one in Royston at the Banyers Hotel and one at Flint Cross.

https://www.ordnancesurvey.co.uk/benchmarks/ lists all numbers and gives information about the latitude, longtitude and height.

https://www.ordnancesurvey.co.uk/blog/2018/05/25-years-since-last-benchmark also provides useful information and a detailed picture of a horizontal mark.

A database can be found at https://www.bench-marks.org.uk.

I would like to thank John Roadley of Harston Local History Group, who provided me with initial links from which I was able to research this page.