You are here: HomenextTopicsnextArchaeologynext2013 Test Pit ProjectnextLocation of Test Pits 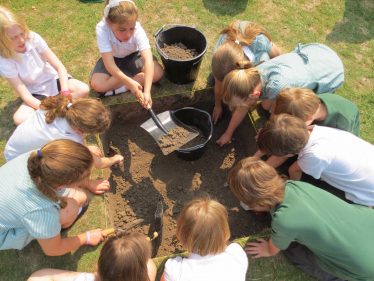 As part of our Heritage Lottery Funded project, a total of 32 pits were dug in the village.

The pits were dug on the following dates:

17th & 18th August: 10 pits, all of which were open to the public. In addition, Topcliffe Mill was open to visitors.

Map showing the location of the pits that were dug each weekend are available by clicking on the download links, below.  A page on each test pit has been added to the site.

On each weekend, the finds were taken to a central location.  At the end of each day’s digging there was an opportunity to view the finds that had been uncovered and to hear volunteers summarise what they had found.