Memories of Workers at the Atlas Stone Company 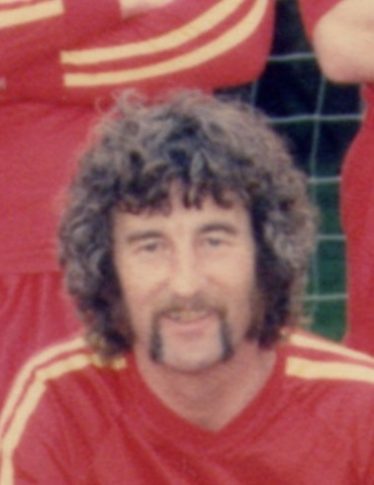 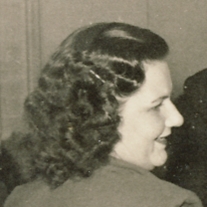 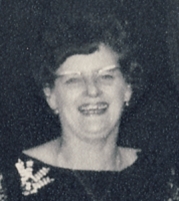 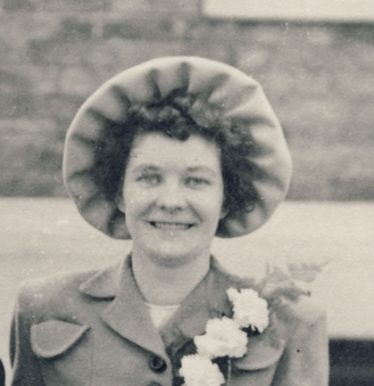 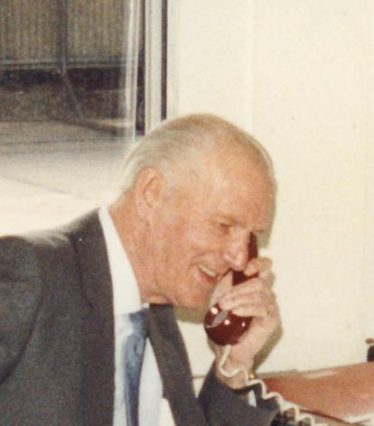 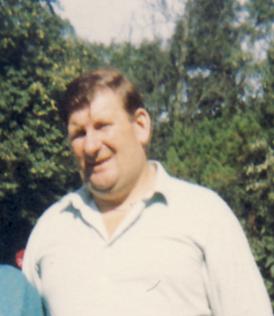 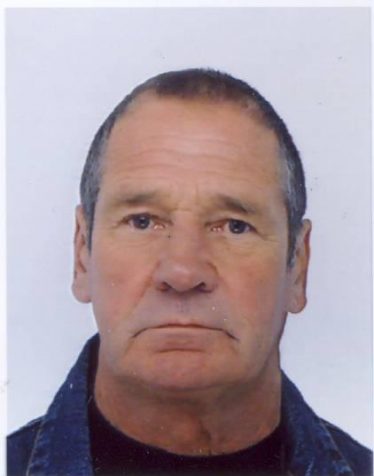 I started in 1936, the wage packet was less than ten shillings per week.  No clocking in, we made our own time sheet out. Bill Eades was the manager. Stan Kefford was in charge of the moulding gang. There were only two machines working. The goods were loaded on to the Puffing Billy train for dispatch to Meldreth Station. The train drivers were Wally Cross and Ted Day. There was no heating in the factory, only coke fires in oil drums. In the late thirties it was a common sight to see up to twenty men standing outside the gates looking for a days work. After the war ‘ which made the  Atlas ‘, lorries queued into Whaddon waiting to be loaded. Among these were Kenzies, Nightingales, B.R.S, Lea Haulage, W.H. Dash, Goddard and Dellar and many more. Forklift trucks were not used until the sixties. I drove a forklift for 19 years and worked seven days a week when we were very busy. I retired in 1984 with my twenty five years certificate and gold watch.

Went for a job interview with Archie Angus in 1972 and started on the stacking gang at £27 per week. Worked alongside Chris Baker, Don Chinery and Bill Wing. Then moved onto the loading gang driving a fork lift truck. The Ex works haulage firms were KNS, Chippendale, and Burr Construction. A lot of practical jokes went on. Topper used to park his truck overnight in a dark shed. One morning Topper went to his truck to find a dead fox has been put in the driver’s seat with its paws on the steering wheel. Topper was a well – known sportsman and played for the Atlas Ten pin bowling team at Stevenage every Friday. He also started the Angling club and is still a member of Eternit Bowls club. But it is Football that Topper is remembered for. He was part of the   Eternit Team that went 73 games undefeated, played in the Charity match against Tottenham Hotspur, and was a member of the victorious Eternit Team when they won the Euro Cup in Belgium against Kapelle in 1984.

Dolly was one of the first women to start at the Atlas in 1940, working alongside Joan Searle, Win Racher, Eva Sharp, and Gwen Holland. She was in the moulding gang first of all then in the tarring shed with Lol Cooper. Jack Myles was foreman. The workers had their dinner in the fibre shed as there was no canteen. Dolly left in 1944 but enjoyed every minute of her time at the Atlas.

Started on the moulding gang in February 1960 for £4.00 per week. Workers wore own clothes with fibre sacks as aprons. The hours were 7.30am until 5.30pm with half an hour lunch break. Maud worked with Margaret Waldock, Carol Mead, Bet Day, Pam Cooper, Florrie Barratt, Pauline Salmons, Emily Badhams, Vera Mills and Helen Jesk among others. The Manager at this time was Eric Mengham. Maud was a founder member of The Eternit Ladies Darts Team and also played for the Ladies Football Team ( 24 players ) against the Men ( eleven players ). No result is at hand. Maud became a shop steward in 1970 then a convenor in charge of branch 1557 asbestos committee. She attended meetings in the Houses of Parliament, Birmingham and Manchester. She was awarded the Union’s silver medal. Three generations of Petherick’s worked for the Company. Maud received her twenty five year service certificate in 1985.

Worked during the late 40’s in the moulding gang, standing in water with wooden clogs and fibre sacks around her waist. Then met her future husband Dave when she was moved to cylinder work together with Hylda Catley. Later on she ran the Canteen for ten years. The saying among the workers was ‘ Nobody dished up a breakfast like Kath did ‘. She was serving on average 40 breakfasts and 70 dinners per day. Lorna Walker from Whaddon was the vegetable cook at that time. Kath remembers Stan Lacey, Paul Prime and Jackie Woods being ‘ humbugs, in the nicest way ‘ Kath retired when Dave left after over 30 years service. Dave was the unofficial bookmaker of the Atlas.

Joined the Atlas when he was 14 years old on £1.00 per week of which 6d was deducted for a health scheme. Worked with Jackie Woods, Frank Jacklin, Bert Adams and Stan Kefford. Alick Newman was moulding foreman. Before the war a siren would go off to tell people it was time for work. The men built air raid shelters entirely of asbestos sacks.  In the sixties Bill had his own office and his job was to liaise between sales and the customers. His runner was Johnny Marsh.  An unusual job came when Bill helped Mike and John Walford to install ducting at the Old Bailey in London. Fred Rogers was the lorry driver for this assignment. Bill retired in 1990.

Left the Melbourn Whiting Company to join the Atlas. Started on the loading gang with Dick Chamberlain and Norman Clark. Worked a lot of overtime alongside Bob Jacobs. Archie Tuck was the ticket man. Most drivers would not help to load the lorry. Tommy Jude was the exception. Alec took up a driver’s job on a 10 ton Bedford. Went all over the country but detested going to Wales. Alec said the best thing about Wales was the M4, which took him out of it. Other drivers were Dave Clarke, Ron Howard and Wally Cross. Other memories include the Christmas draw when everyone won a prize, playing snooker and darts, and the many stories about Stan Lacey, who was seen driving a tipper truck while reading a newspaper with a hole cut in the middle. Alec enjoyed the Christmas dances at Bassingbourn Village College. He was very happy at the Atlas and found retirement hard to take, missing the companionship of his work mates.

Began work in 1964 at £24 per week including overtime. Became a shop steward and remembers the Strike in 1970, which lasted for one week and resulted in no wage increase. Anglia Television covered the Strike although the Royston Crow failed to mention it. Cliff played Darts for the Atlas alongside Graham Hanscombe, Keith Hunt, Sid Carter, Keith Higginbotham, Terry Boote and Dave Clarke.

Linda joined the Sales office as a junior in 1966. Les Baker was in charge. On Linda’s first day a fire broke out because Val Williams had accidentally dropped a match into the waste paper basket. Had numerous jobs including filing, typing, switchboard. Left in 1971, returning in 1988 as a cleaner in the canteen. Worked 40 hours per week, overtime at weekends. Maud Petherick worked Sundays and breakfasts were 50p. The workers had to return their trays or Maud would not serve them the next Sunday. Linda prepared salads and also served in the shop. There were four different menu choices plus salads available. All the produce was locally grown. There were five sittings for Christmas dinner. Linda remembers a happy atmosphere in the canteen and everyone worked together.

Today, Eternit has contract caterers. Linda has now retired from the canteen but is still a leading member of the Eternit Bowls Club.

Worked in the transport office with Fred Sims in 1967. Taffy Howell was transport foreman at the time. Helena did general office work for about £ 9 per week. Algy Neville drove the bus which picked up the office workers. On Wednesdays he would take people to Royston market during their lunch break. Helena remembers Roy Bowskill was Office Manager and her friends were Peggy Pearce and Betty Hale.

Joined the Company in 1968 making crates for export alongside Jack Housden. At the time David Wright was General Manager and Reg Catley works foreman. Graham drove a fork lift truck for two years working 7 .00am to 7.00pm for £100 per week.  Graham and Dave Clarke started the Atlas Darts Team and they played in the Harston and District League. Players remembered are Hughie Foggo, Ron Howard, Bogus Kawalko and Cliff Benson. Graham played for the Atlas Cricket Team on Parker’s Piece and also in the annual game against Blue Circle Cement at Bromley. Graham was an active member of the Sports and Social Club. He left Eternit in 1982.

Began as a machine operator, making ridges and spaces, in 1976 after being trained by Alan Genockey. Worked twelve hour shifts because of demand. Clocked in at 7.00am, meal break at 10.30am for twenty minutes and thirty minutes for lunch. Linda worked with Karen Manning and Harry Hicks. Ruth Goodwin was Canteen Manageress. Linda used to make toast from the gas heaters around the wall. Played for the Atlas Ladies Darts Team with Maud Petherick, Annie McCombe, Joan Harper, Aileen Carter, Margaret Oxonford and Holly Ayling. Linda left in 1989.

If you have any memories from your time working for the company we would love to hear from you.  Please add a comment below.