Memories of The Atlas 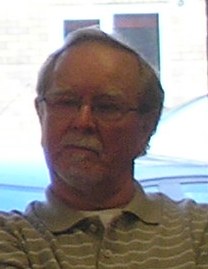 I imagine that most people who lived in Meldreth during the war would remember the siren being sounded to warn us all of an immanent attack by the Luftwaffe.

If my memory serves me correctly the siren was situated at the Atlas.  One has to assume that a trusted Atlas employee was in some way directly connected to Fighter Command. With so many air bases in this are, I’m certain that on numerous occasions, many villagers would have sat with clenched buttocks and recited a short prayer, whilst nervously sipping at a reassuring cup of tea before being relieved to hear that ‘All Clear’ wail  from the Atlas siren.

A Night at the Flicks.

Another early recollection with regard to the ‘ATLAS’, was, I think, just after the war. Being bereft of much entertainment in Meldreth at that time, we were thrilled to hear that films were to be shown in the Atlas canteen.  For a small fee, all would be welcomed. On a moonlit night, several families from Allerton Terrace  walked along the Whitecroft road equipped with  the odd torch to light the way as, there were no street lights,  to arrive in an excited  state at the aforementioned venue.  I remember going on two or three occasions, but can only recall one of the films that we avidly watched.  It was called, ‘The Flaw’ and was about a gruesome murder.  The murderer nearly got away with it, but was rumbled by the eagle-eyed detective who had spotted the flaw in his cunning plan.  I do not know how long this arrangement lasted, but while it did it was enjoyed by many villagers.

I remember the little train, Puffing Billy that used to run between the Atlas works and Meldreth Railway station.  Click here to go to the page on Puffing Billy and read about my memories of this strange little engine.

At one time, Alan Chamberlain and I were the privileged users of the Atlas Sports Club facilities for a few weeks.  We were led to believe that as Alan’s father was a member of the said club then it was OK for us to take advantage of this amenity.  So, for a few  weeks we spent many happy hours improving our skills at snooker and table tennis.  We had the use of a full sized snooker table with professional lighting to boot.  With this subdued lighting, one could feel the electric atmosphere.  Table tennis was played in the canteen and we would often have an audience of workers who were partaking in a well earned break.  It was only when it was pointed out to us, by Alan’s father I believe, that we were in a bit of a grey area that we ceased to enjoy these facilities.  Still, it kept us off the streets for a while.

I do remember that the Atlas had a sports ground in Melbourn, adjacent to Portway.  It’s now a housing estate and to enter it you travel up Armington Close.  I did go to watch a football match on one occasion, Alan Chamberlain and I were taken by his Grandfather, Mr Bowes.  I do recall that one of the players was kicked on the jaw and knocked out.  They had a pavilion with mod-cons such as team changing rooms.

On one occasion the education authorities organised a sports day, which was held on the Atlas sports ground and several schools from around South Cambs attended.  I achieved a disputed third place in the fifty yards race, but lost out in the next heat.  My attempts at throwing the discus, not having practiced in a circle were, to say the least, pitiful. Each of my three attempts was rated as a fault as each time I had stepped outside of the circle.  I was consequently disqualified.  I don’t think that the saying, ‘It’s not the winning that’s important, but the taking part’,  was very appropriate on this occasion.

My last recollections of the Atlas were of the years that my father, Leslie Pepper, spent there.  I have been unable to uncover much information regarding his employment.  I do believe however, that he became the foreman in the Finishing Workshop which did, as the name suggests, finish off items such as sections of piping, roof cowls, water tanks, etc.

He made many friends there and was sorry to have to retire in, I imagine, the mid 1970’s.

Over the years the Atlas provided the local population with secure employment, who otherwise would have had to travel to far away places such as Letchworth.