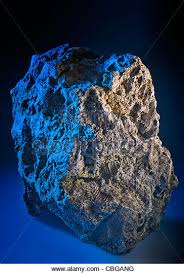 zoom
Blue Gault Clay which the Meldreth Company hoped to use for brick-making
www.alamy.com 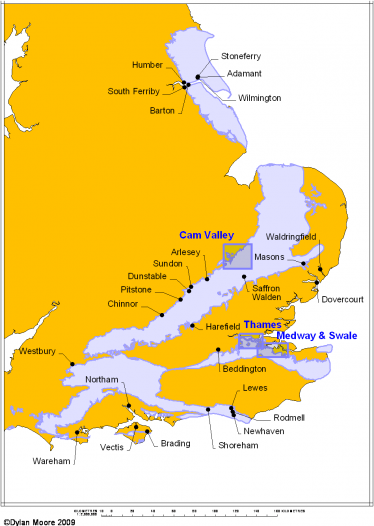 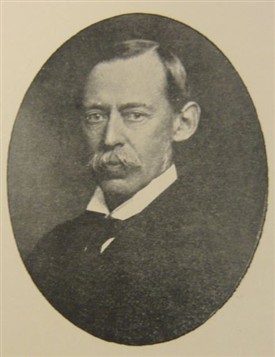 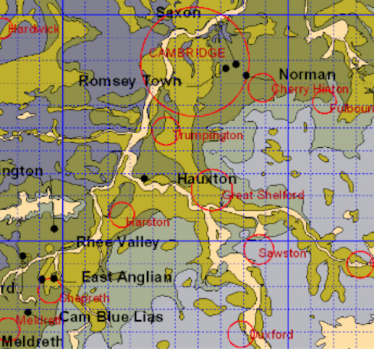 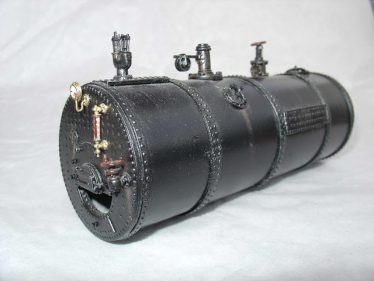 zoom
A Cornish boiler of the kind used at the Meldreth cement works
howmechanismworks.com

Readers of the Cambridge Independent Press of Friday 11th November 1898 would have seen the following report:

‘On Friday afternoon a number of invited guests assembled at the new Meldreth Portland Cement Works to honour the opening ceremony. Some eight years ago borings were made on this land which is about a mile from the Meldreth Station on the GNR Company’s line, with the result that cement marl was found almost on the surface. Mr H O S Ellis, to whom the land belonged, submitted samples to the County Analyst, Mr J West Knights, and subsequently to two other analysts, who reported very favourably upon it. The cement marl is said to cover the whole of the 100 acre site to an average depth of 20 feet. Then there is a bed of sand containing coprolites, whilst immediately below that is a strata of about 200 feet of blue gault clay.

Mr Ellis, with the aid of friends, formed a company. Money was forthcoming and works were at once started. At the present time the buildings consist of twelve storing houses, capable of holding about 1,200 tons of cement. Crushing and grinding plant has also been laid down, capable of dealing with 150 tons a week, whilst an engine of about 135 horsepower, fed by two large Cornish boilers, produces the motor power. There are six kilns now in working order and six in the course of construction. It is proposed after reaching the coprolites to work them and then having reached the gault to carry on brick-making, together with the manufacture of cement.

Luncheon was provided in one of the store rooms, when Mr H O S Ellis occupied the chair and was supported by Mrs H O S Ellis, Mrs Ellis senior, Mr and Mrs W Saint (Cambridge), Mr and Miss Bell (Saffron Walden), Mr and Mrs J Neville, Messrs. Macintosh, Edwards, J West Knights, J Richards, E Vinter, J Adcock (father of Harry Thomas Adcock), Hall, C Butlin (see: MacKenzie Charles Butlin), W E Cocks, F Kelly, A Irvine, Dr Haslett, the Rev G Sale and the Rev P Harvey (vicar of Meldreth). After lunch Mr Bell proposed the toast of the Company. He said the public had supported them to a certain extent but not to the extent they desired. They were hardly in a position to start the brickworks because they had to remove the cement marl above it. He completed the toast with the name of Mr H O S Ellis. Mr Ellis, in responding, said that the Company had at present acquired 25 acres of the land but, at any future time and as they required it, they could take over 10 acres of the remainder at a time at a fixed sum. The land was estimate to produce 60,000 tons of marl per acre and this would mean something like 5,000,000 or 6,000,000 tons of cement, even if there was nothing else on the property, which at the present price of cement would realise a good profit.

Their engine was capable of working machinery to turn out 40 tons of cement a day and keep eighteen kilns at work. He thought they would be able to sell 200 or 300 tons of cement a week and they wanted more money subscribed. They were prepared at present to sell hydraulic lime and cement but were not yet prepared to go into the brick trade. They had had favourable rates offered them by the GNR and thought they would be able to compete favourably with the Thames and Medway Company, although that had got water carriage which was a great consideration. They had enough money – he did not want them to go away with the idea that they had not – but if they had more money it would make the Company more successful. They would not rest until they were making 20 per cent, which he expected they would do in about three years time. There were four or five other cement companies in the neighbourhood and he wished it to be known that the new Company did not want to be antagonistic with them but rather that they should unite and help one another. They were prepared to pull with them rather than against them (Applause).

Mr Vinter gave the toast of the directors. Mr Neville, in reply, said nothing would be spared to make the Company a gigantic concern and they would not be satisfied until they were paying 20 percent. Mr Saint also replied. The company then adjourned to the works and saw the cement in various stages of manufacture.’

The Meldreth Portland Cement and Brick Company was launched on 4th December 1897 with capital of £30,000 made up of 30,000 £1 shares of which 10,000 were 6% preference shares. In addition to these there were 12,500 ordinary shares and the vendor (Hubert Oslar Shepherd Ellis) took the  remaining 7,500 in part payment of the the purchase. Details of the Company’s formation were published in the Cambridge Chronicle and Journal of Friday 3rd December 1897. From these we learn that not all of those involved were local people. One of the directors was a John Hart Sankey from the well known family of industrialists with business interests in Ironbridge, Essex and Woolwich; another, John Neville was the chairman of a pipe and brick company in St Helens, Lancashire; and Richard Shaw was a businessman from Liverpool. (Note: with acknowledgement to Pauline Lesley Cook, “The Cement Industry” in P. Lesley Cook et al, Effects of Mergers: Six Studies, Routledge, 1958 (reprinted 2003), ISBN 0-415-31346-5; quoted at www.cementkilns.co.uk).

The abridged prospectus published in the Cambridge Chronicle and Journal indicates that ‘the natural Cement Marl proposed to be used by the Company contains….all the ingredients necessary for the manufacture of first-class Portland Cement, without the addition of any foreign material whatsoever. All that is required is to excavate the Cement Marl, break it into a convenient size, and bring it in trucks to the mouth of the kiln. It has then to be burnt, crushed and ground, and is ready for sale.’

The prospectus goes on to say that the coprolites lying beneath the Cement Marl were expected to yield between 250 and 300 tons per acre and simply had to be washed to to be ready for sale (at an estimated 30 shillings per ton). The Blue Gault Clay was suitable for producing high quality bricks, tiles and drain pipes which was ‘expected to be a very large and profitable addition to the business of the Company.’ Preliminary arrangements had been entered into for connecting the works with the Great Northern Railway at Meldreth Station.

Unfortunately, the ambitious plans of Hubert Ellis and his fellow directors failed to materialise. There was a flaw in their business model. The calcium carbonate content of chalk marl almost everywhere it occurs reduces from the top to the bottom of the strata. Cement plants in the Cambridge area, Meldreth included, often produced cement which was of poor and variable quality and which could not be classed as Portland cement at all. Some were able to continue but others only survived briefly or lapsed into intermittent production. (Note: prior to this 1898 venture Hubert Ellis had made a previous attempt to form a company on the same site in September 1889 and gone bankrupt the following year).

A link between the cement works and the Great Northern railway at Meldreth Station was provided by a tramway in 1901. But the mill house burned down on 26th June 1907 and it seems that the Company probably made little profit, becoming insolvent in 1908. The business was put up for sale but attracted no bidders and the Company was finally wound up in October 1913. The plant was dismantled in 1921 and some time before 1928 the site was bought by the Atlas Stone Company and developed for asbestos board manufacture. The business was taken over by Eternit in 1975 and they continue to make fibre and cement board there to the present day (see also on this website: ‘What are Meldreth buildings made of?’ for the use of cement as a local building material).

Mention of the ‘four or five other cement companies’ in the local area at the opening of Hubert Ellis’s works, underlines that, as shown on the map above) cement production was commonplace in the South Cambridgeshire area in the late nineteenth and early twentieth centuries.

A 1901 court case, Meldreth Cement Company Summoned for False Trade Description, 1901, found elsewhere on this website, involved a similarly-named but different company, the Cam Portland Cement Company. This Company, founded in 1890 and re-named the Cam Blue Lias Lime and Cement Company in 1902, was based at a separate site behind what is now Cam Farm and immediately next to the then GNR railway line. It struggled as an independent producer but had the benefit of better marl than at the Meldreth site and production in some form continued until 1948.

(Note: I am especially indebted to the excellent www.cementkilns.co.uk website for amplifying much of the information contained in the newspaper reports cited above).