You are here: HomenextTopicsnextCommerce and EmploymentnextPublic Houses and Brewery in MeldrethnextMemories of The British Queen

Memories of The British Queen

Sylvia Gipson talking about life in the British Queen (2 min 41 secs)
A transcription of this audio clip is in the accompanying text.

The Village Policeman (1 min 48 secs)
A transcription of this audio clip is in the accompanying text. 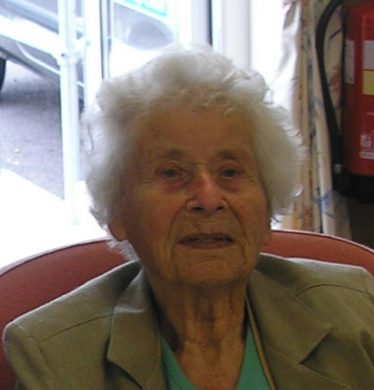 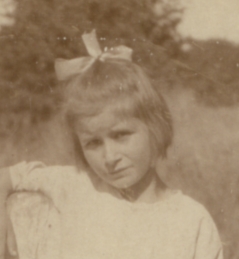 Click on the play button on the adjacent sound bar to hear Sylvia describe her life in the British Queen.

I was born at the pub, well we all were.  My grandmother kept the pub, she died in the early 1930’s.  In those days life was quite hard, no electricity, no water; well I often wonder how we survived.  There were four bedrooms for my parents and four children.  There was no bathroom.  We had coal fires and we had to sit huddled round them to keep warm. Of course you went upstairs to bed and everywhere was cold.  You went to bed with a candle.  There were oil lamps that had to be filled every day and outdoor toilets so there wasn’t much comfort there.  We were luckier than some because we had a pump outside.

My father made a cart because he was a carpenter and joiner, especially to go to Royston sometimes to pick up the beer with a horse and cart from Phillips Brewery, they were a well known Royston family. In those days the pub only sold beer and nothing else eventually we sold spirits but originally they were only beer houses.

We had some characters who came into the pub.  There were several of them. There was old Alf Jacklin who liked his drink and then there was a farmer from Whaddon, Jarman, who used to bike over here and before he used to leave he used to stand on his head.  Bill Marsh used to punch the ceiling when he had had a lot to drink.

(Terry asks if Sylvia can remember the village policemen and she says she doesn’t until Terry asks about Sergeant Jimmy Adams).  Oh! – Jimmy Adams – yes and now what was the other bloke’s name the Constable, ooh I can’t think what his name was.  I know one night this other chap, I can’t think what his name was, very well known he was, there’s a little hallway there, you know where I mean don’t you?  If they didn’t want to go in the bar they, usually women, they used to come and sit in there and have a drink. This policeman came, came in the back door, two women came in there.  Of course, he couldn’t stop many minutes and they were still there and of course he couldn’t walk out and let these two women see him going out so we had to open the living room window and let him climb out through the window so he could go!  The policeman came in for a drink, he came in the back way and then he couldn’t get out.