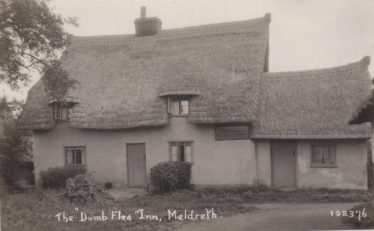 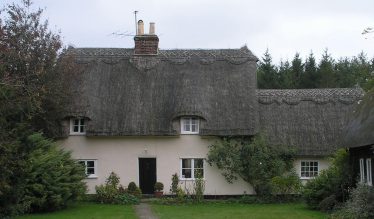 zoom
The Dumb Flea in 2007
photo by Tim Gane 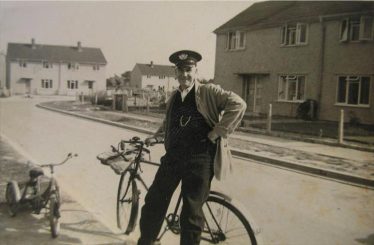 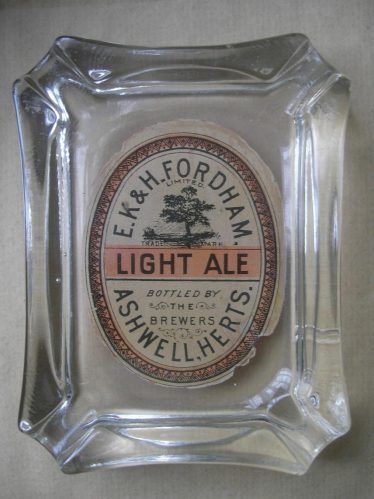 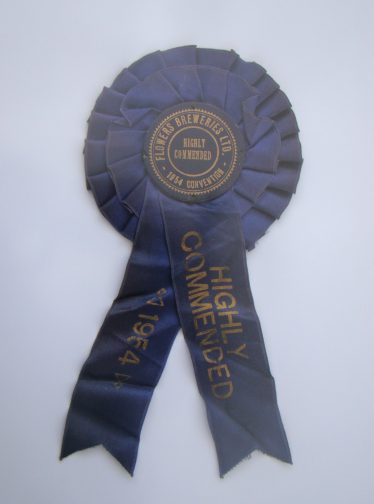 zoom
Highly Commended Rosette award to Jim Rayner in 1954 for best garden and draw up in a public house in the Roytston Area
Property of Joan Fallon, Jim Rayner's daughter 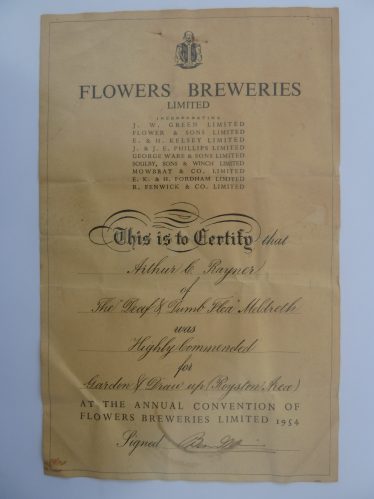 zoom
Highly Commended certificate awarded by Flowers Brewery to Jim Rayner in 1954 for the best garden and draw up in the Royston Area
Property of Joan Fallon, Jim Rayner's daughter 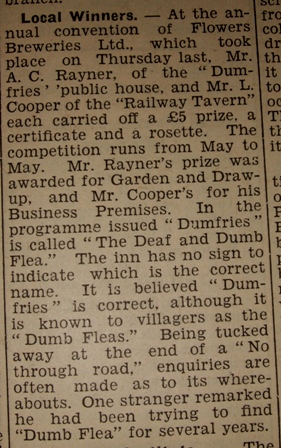 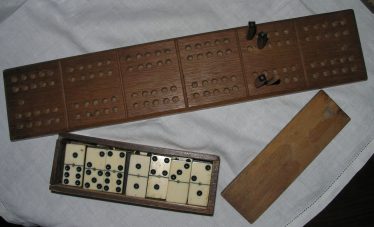 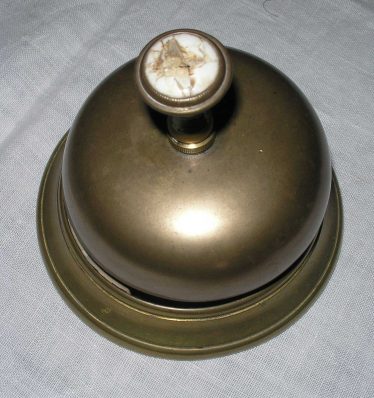 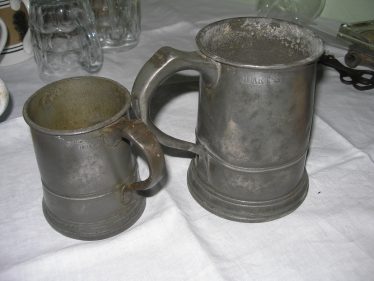 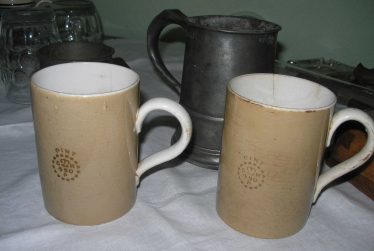 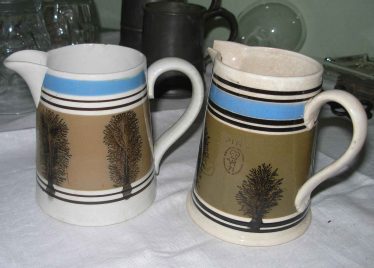 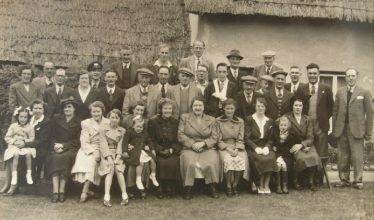 The Dumb Flea public house was situated in Chiswick End with the building dating from the early C17th.  At this time it was just a two roomed cottage built around a central chimney with back to back fireplaces.

In 1821 the plot comprising of the cottage, barn and orchard was sold by auction at The Bell Inn to James Course for £14.

Sometime in the C19th, when the cottage became a pub, a single story room was added to serve as a beer store.

In 1897 the Dumb Flea was in the possession of Fordhams Brewery and it remained with this Ashwell company until the mid 1950s when it was sold first to Greens of Luton and then to Flowers.

Over the years the pub has been attributed with various names   including The Dumb Fleece, The Dun Fleece, The Lord of Dumfries and The Deaf and Dumb.  Amusingly Chiswick End was listed as Cheese Cake End in the 1881 census.

In 1937 the pub was registered in the name of Frederick Waldock.  Charles (Jim) Rayner took over from Fred in 1948 and was the last landlord when the pub closed on June 15th 1956 and became a private house.  It is still called The Dumb Flea.

The Dumb Flea was a Beer House.  i.e. it only sold beer, cider and wine but no spirits.  There was just the one bar and the pub was open every day at lunchtimes and evenings.  Darts, Dominoes and Bowls were the regular games.

The beer was supplied by Fordhams of Ashwell who used to deliver the beer weekly on their horse and dray.  They also supplied bottled stout and Guinness.  There were only two beers: bitter beer which cost 1s 1d (5.5p) and mild which cost 11d (4.5p) in the 1950s.  Beer was served straight from the barrel by gravity.  Beer was taken up to the workers in the fields and orchards for their lunch-break.

A representative from the brewery, Mr Kingsley, called every month to make sure everything was in order.  There used to be annual garden competitions with a prize awarded for the best pub garden.  Jim Rayner was awarded Highly Commended for his garden and draw up in 1954.  Photographs of the rosette, certificate and an article in The Royston Crow can be seen to the right of this piece.

The Dumb Flea was forced to close in 1956 when the brewery refused the council’s request to install proper drainage for the one tap over the kitchen sink.  Waste from the sink used to run into the ditch beside the pub and thence into the stream along the side of Chiswick End.

The Sailors Return and The Queen Adelaide closed in the same year possibly for the same reason.

Our thanks go to Joan Rayner, the last Landlady of The Dumb Flea, and her daughter Joan Fallon who have kindly passed on their memories and allowed us to use these photographs.

The History of The Dumb Flea can be seen here.

Scroll down to the bottom of the page to see a photograph of the regulars taken in 1956 at the time of the closure of the Dumb Flea.