The Coprolite Industry in Meldreth 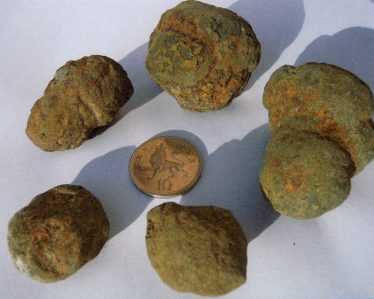 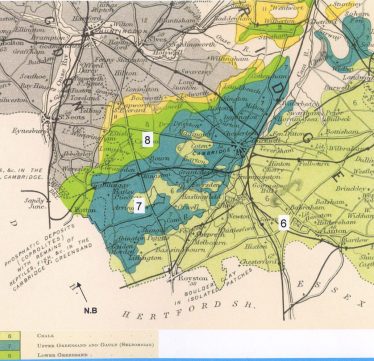 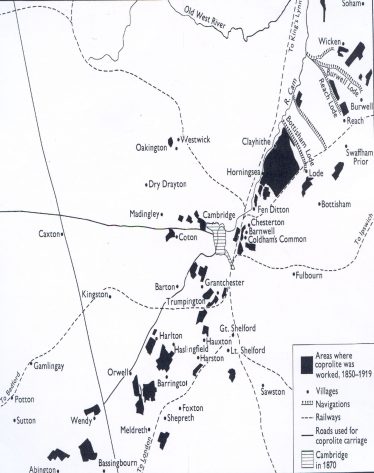 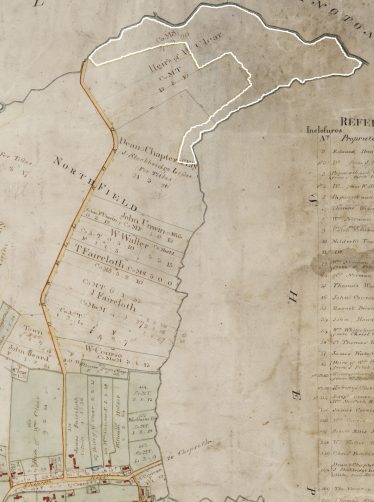 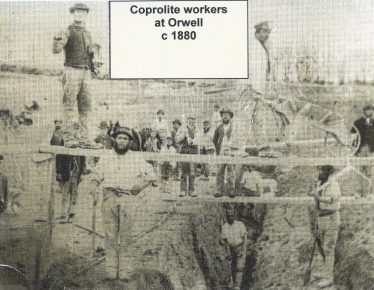 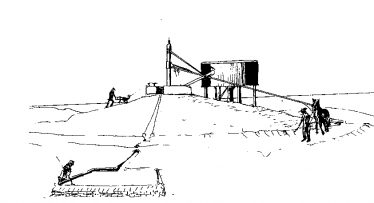 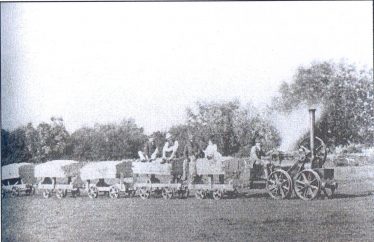 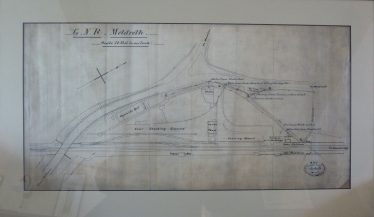 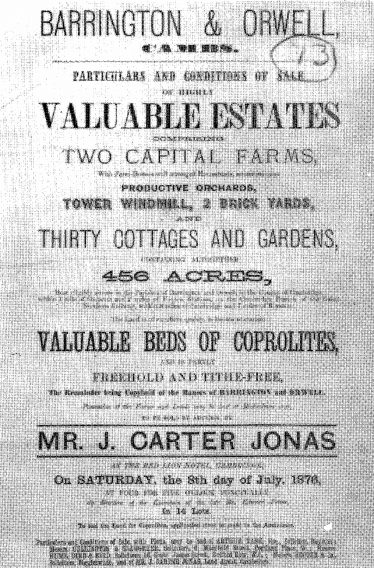 Between 1860 and 1890 there was a short boom industry in Cambridgeshire associated with the mining of coprolites (phosphatic nodules). These were mined along a broad swathe of Cambridgeshire stretching from near Royston in the southwest to Soham in the Northeast. Although little actual mining took place in Meldreth, it was a major location for the milling of coprolite and its transportation from the railway station to Ipswich for conversion into superphosphate by manure manufacturers including Colchester, Packard and Fison.

The phosphate content provided an effective fertiliser, cheaper than the guano, bird droppings, imported from abroad. The coprolite  industry declined at the end of the century due to a number of factors including an agricultural depression, the introduction of cheaper fertilisers and mining safety laws.

This article focuses on Meldreth and coprolite mining. A longer, more detailed, description of the coprolite industry can be found on  Bernard O’Connor’s website and in the pdf article below.

Coprolites are phosphatic nodules of various origins (with a phosphate content up to 70%). The term originated in the nineteenth century to describe material found in Lyme Regis and was commonly, somewhat incorrectly, described as fossilised dinosaur dung. Although some of the deposits were of dinosaur origin, the Cambridgeshire coprolite is believed to be made from the fossilised remains of a host of land and marine organisms, including teeth, bones, claws, shells and internal casts of molluscs (snail related animals).

Many different forms of the word have been found in census records of the period ranging from copperlight to couperlite.

Meldreth has the first recorded coprolite agreement in Cambridgeshire. According to an account in the Victoria County History, in 1851 John Clear was licensed by the Lady of Sheene Manor to dig for coprolites in North Field. The precise location is not known, but it may have been that part of the Manor of Sheene’s land bordering Malton Farm (see area outlined in white on the map).

In the 1861 census there were no coprolite workers identified, although they may have still been classified as agricultural labourers or possibly there were itinerant coprolite workers who were not recorded in the census. However, by 1871 it was a major source of employment in the village. By 1891 there was no one listed in the census for Meldreth as working in the industry:

Jonathan Jude, who lived on the High Street, was employed as an agricultural labourer in 1841 before he moved to Meldreth. He was recorded as a coprolite digger in 1871 but as an agricultural labourer again in 1881. One of his nine children, Jethro Jude, had a similar employment record: he was employed as a coprolite digger in 1871 and then as a farm labourer in 1881.

It is likely that digging was still happening in Meldreth in 1878 as adverts appeared in the Royston Crow for arable land “supposed to contain coprolite”. There is also a reference in the Bidwell records on April 4th 1882 that there were possibly coprolites in land owned by Mr Ellis “at the lower end of the allotment (Little Home Nos 37 and 38)”. It is not known whether either of these locations were worked.

Initially most of the transport was derived from the farming economy e.g. wheel barrows on site then horse driven wagons and carts. Later, and especially with larger deposits, “tramways” were constructed. These would be relocated as the seam was worked.  Francis Carver laid a tramway from Whaddon to Meldreth station.

As the main local mill was at Meldreth station this became an important centre for sending the part processed material to manufacturers and then distributors by rail.  There were three manure works in Cambridge, others in Shepreth, Royston, Duxford and near Ashwell and another on the main road from Wimpole to Bassingbourn.

The Mill was built on land acquired on a 20 year lease from the Great Northern Railway Company by Frederick Lilley of Granchester on 20th September 1871.

It may be that there was an earlier works in Meldreth as the 1871 census (taken in April 1871, five months before the lease started) records six residents working in a “Coprolite Works”. However this may have been elsewhere or confusion between coprolite working and coprolite works.

An indication of the short lived “boom” was that the mill and equipment was put up for auction in Cambridge in September 1882, only eleven years after the lease had been granted.

Impact on the Local Economy

The coprolite industry had a very significant effect on the economic and social life of the villages affected. Farmers changed their practices (coprolite royalties averaged £100 per acre compared with agricultural rents at about £2-2.50 per acre). A tenant farmer could be compensated at a rate of about £10 per acre.

Agricultural labourers were able to demand higher wages both at farms and at the diggings (the average weekly wage in the 1870s for coprolite workers was £2-£3 compared with 7s (35p) to 14s (70p) per week for an agricultural labourer). Women and children were also employed. There was an influx of external labourers and support businesses flourished with investment from the local banks.

The breweries were particular beneficiaries. For instance in Whaddon the “barracks” built for the labourers each had a beer house in the men’s quarters. There are accounts of concern about the effect on the morals of the villages which resulted in evangelising missions from Cambridge.

However, after the “boom” years there were hard times as several of the entrepreneurs went bankrupt and farming experienced a period of depression.

I am hugely indebted to the excellent publications and lectures given by Bernard O’Connor, based on extensive research on the subject: http://bernardoconnor.org.uk/. His books can be purchased at http://www.lulu.com/spotlight/coprolite.

O’Connor B.    2009    The 19th Century Coprolite Industry around Meldreth, Cambridgeshire.  Produced by Mr O’Connor for the Group

O’Connor B.    2001    The origins and development of the British coprolite industry. Mining History: The Bulletin of the Peak District Mines Historical Society 14, 5: 46-57

Most of this article is based on material prepared by Angus Bell, a former Chairman of Meldreth Local History Group, for one of the Group’s open day exhibitions.