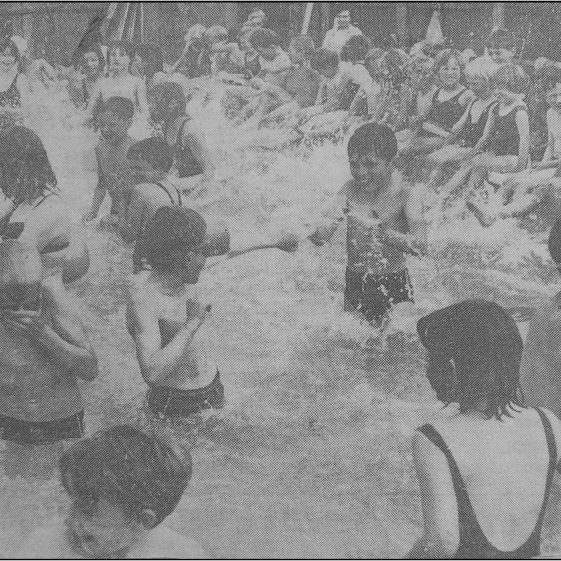 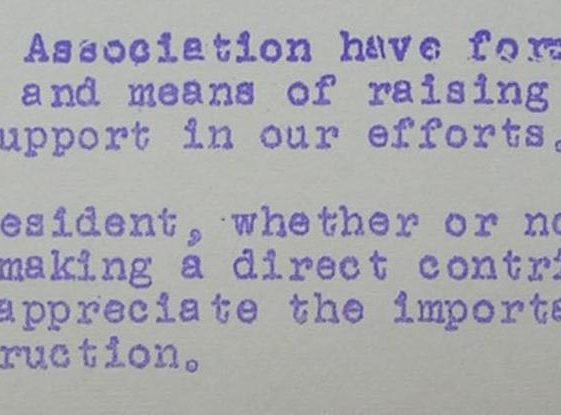 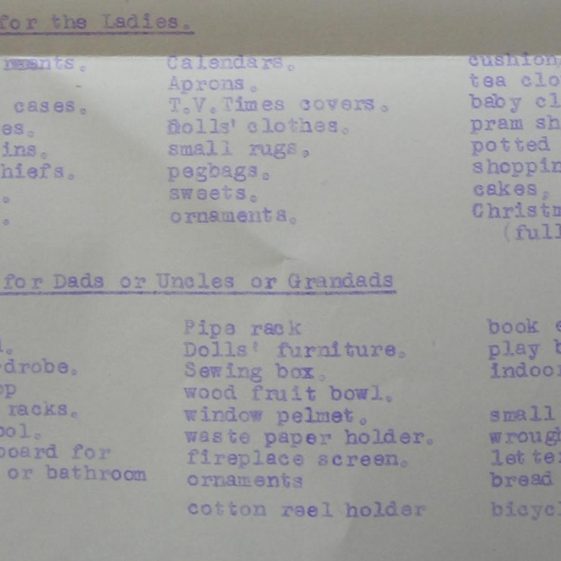 Letter sent to parents with suggestions for items that could be made for the fundraising Sale of Work in October 1964.
Photograph courtesy of Meldreth Primary School 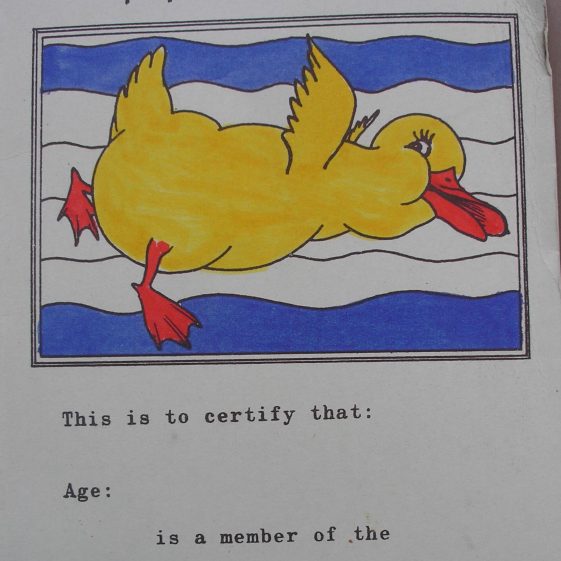 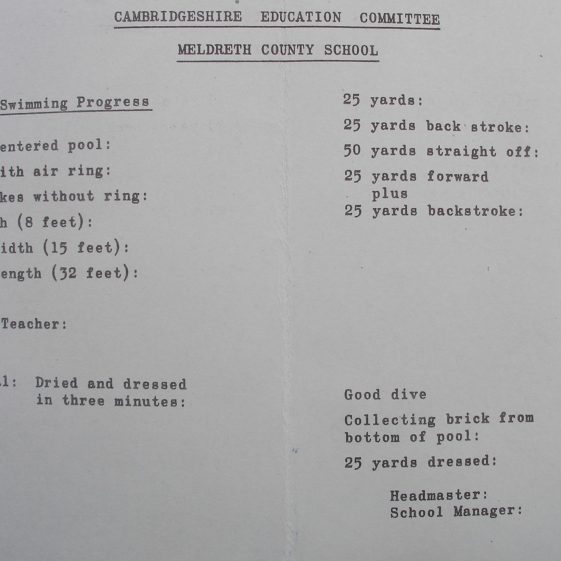 The school pool in use, July 1972
Photograph supplied by Iris Howell

In July 1964, Mr Harding sent a letter to parents requesting their help in raising £250 towards the cost of the school swimming pool.  In the extract shown above he said:

“The Parent Teachers Association have formed a small working committee to devise ways and means of raising money and we hope you will give us every support in our efforts. We appeal to every resident, whether or not they have children at school, to assist by making a direct contribution to our Fund. I am sure that everyone will appreciate the importance of proper and supervised swimming instruction.”

By September, £90 had been raised and the Swimming Pool Committee decided to hold a sale of work at the end of October.  A letter was sent to parents which included suggestions for items that could be made for the sale of work by “the ladies” and by “dads or uncles or grandads”. See the photograph of the letter in the gallery above for more details.

As part of the fund-raising drive, the school also offered a child care service on Saturday mornings which had “competent adults in charge including a teacher. 2/6d; 4/-; 5/- for one, two or three children.”

The school successfully raised £250 towards the proposed swimming pool, and on 13th January 1965 the Education Authority granted the school the remaining £250 that was required to complete the project.

The swimming pool was delivered on 19th March 1965 and work started on its erection.  The building of the pool was a collaborative effort.  The senior children worked energetically after school preparing the site and painting the sides of the pool.  With the help of parents the erection of the pool was completed in May and it was enclosed by a high wooden fence.

Mr Harding recalled in 2000 that the children, “came with their buckets and spades and mixed minute amounts of concrete at a time and carried it to the men making the paths”.

Later, 4000 bricks at the school entrance had to be carried up to the site of the new pump house and chimney.  “Again, the children came to the rescue: every child coming up the drive carried a brick or two to the site (yes, if you remember, even the infants!)  A veritable army of ants on the move.”

The Opening of the Pool

The children were able to use the pool during the Whitsun holiday from 6th to 14th June.  A small pool belonging to the Mr Harding was also erected for the use of the smaller children.  On 21st July 1965 Miss Bowen officially opened the pool and all the children became members of The Duckling Club and received their membership cards and had their swimming progress monitored.  According to the school log book, “all children have the opportunity of one immersion per day at least “.