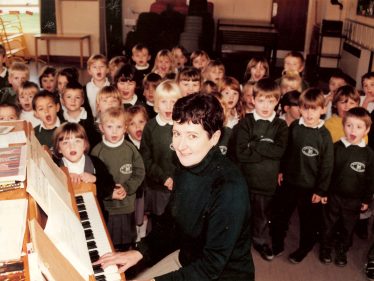 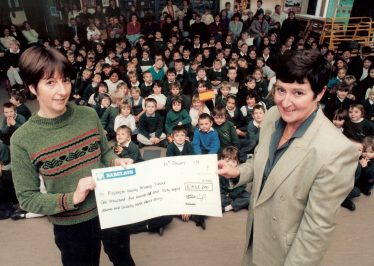 Mrs Brown, the headteacher, played the piano for seven hours, from 8.00 am until 3.00 pm on 21st November 1997 and raised nearly £1600 for the school.  Children went in between lessons to sing along with Mrs Brown who played everything from hymns to classical music.

Mrs Brown said, “We’re putting the money towards computers and an infant play area as part of the Parent Teacher Association fund-raising effort.  I didn’t find it too difficult.  I always play in assembly and I’ve been playing the piano at home for years.”

Click on a photograph to view a larger image.