You are here: HomenextTopicsnextEducationnextEducation in Meldreth Prior to 1910nextMeldreth Fruit Grower refuses to pay Education Rate and is sent to Prison 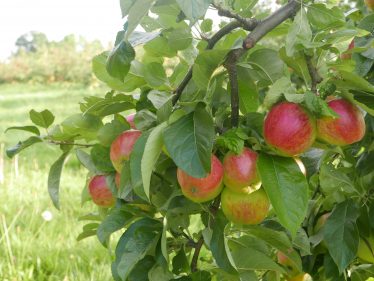 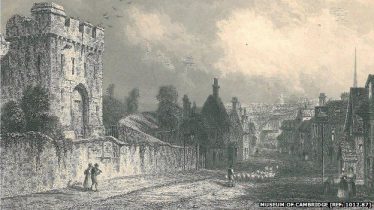 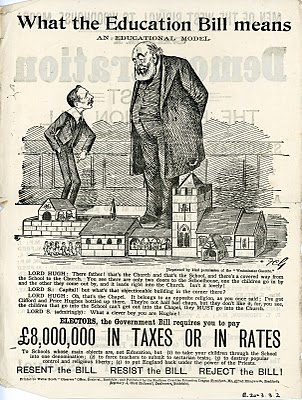 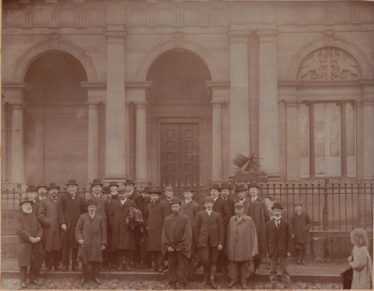 zoom
Bertram Palmer, blanket over his arm, pictured with supporters on his release from Cambridge gaol, 1905
Photo supplied by Ben Palmer

On 4th April 1905, Meldreth fruit grower, Bertram Palmer, was sentenced to seven days imprisonment for refusing to pay his education rate on conscientious grounds. As reported in the Cambridge Evening News of that date, he was ‘one of eight Passive Resisters who were convicted but would not allow his goods to be seized and removed them from the reach of the police. The magistrates passed judgement but then left the court (not specified but assumed to have been Melbourn Magistrates) without signing the warrant. We understand it is the intention of the Cambridge Passive Resisters to entertain him to a breakfast on his release from prison.’

Four days later the same paper carried a further report to the effect that ‘the warrant against Mr. Palmer, the Meldreth Passive Resister, was quietly executed and to avoid publicity the police conveyed their prisoner direct to Cambridge by cab. The journey was not without incident, however; the bolt came out of one of the shafts and the horse ran away. Some Melbourn sympathisers managed to communicate with Cambridge Resisters and a number were waiting outside the gaol to give Mr Palmer a word of welcome when he arrived.’

Nonconformists had previously campaigned against having to pay the church rate (a local property tax for the upkeep of Anglican parish churches). This was the issue which gave rise to the 1849 case against two Melbourn police constables charged with failing in their duties which can be found elsewhere on this website. The church rate was abolished in 1868 but many Nonconformists, who were inclined to support the Liberal Government, regarded its decision to pass the 1870 Education Act as a form of betrayal. This was because that Act lent support to denominational schools, most of which were Anglican.

There was further resentment of the 1902 Education Act which integrated denominational schools into the state system and provided for their support from taxes. Nonconformists were angered that they would have to pay for an education to be given in Church of England schools which they believed to be false. John Clifford formed the National Passive Resistance Committee and by 1906 over 170 Nonconformists had gone to prison for refusing to pay their school taxes – Bertram Palmer among them. Those imprisoned included 60 Primitive Methodists, 48 Baptists, 40 Congregationalists and 15 Wesleyan Methodists.

Writing in the Primitive Methodist Leader, on 19th October 1905, Clifford said,  ‘If any appeal could touch the heart of the Archbishop and Bishops one would imagine these imprisonments would do it; but no, they have continued and are still continuing. Only last week I journeyed from Northampton to Leighton Buzzard to join in the welcome to a Primitive Methodist minister, who, along with two Baptist ministers, had been thrust into gaol at Bedford for the same reason, and had that day been set free. What a welcome it was! The whole town was alive and troops of people were at the station to acclaim their heroism and to protest against the episcopal tyranny that had caused the detention of these men in prison….Nor is the jail story ended! Every prisoner declares that he is ready to go again and again, and will go whatever may be the splenetic outbursts of persecuting magistrates, even though they may double or quadruple the length of the sentence. None of these things will move these prisoners for conscience and for Christ’s sake. They will be faithful even unto death.’

Bertram Palmer was a member of a well-known family living in the Meldreth area (see Meldreth Memories: the Palmer, Ellis and Elbourn families) and a notable fruit grower locally, planting many of the orchards in Meldreth and Melbourn.

With thanks to Mike Petty for his ‘Looking Back’ column in the Cambridge News, which featured the newspaper reports referred to above.