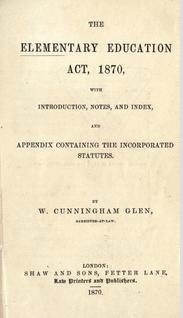 zoom
Title page of a guide to the Elementary Education Act, 1870.
kmflett.wordpress.com 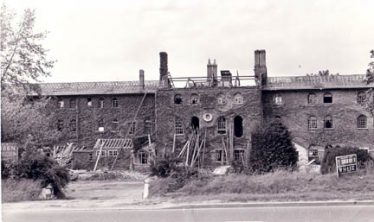 zoom
The Workhouse, Baldock Road, Royston, under demolition in 1972. The School Attendance Officers may have been based here.
gallery.nen.gov.uk 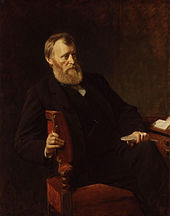 Through the 1880s and 1890s regular reports appeared in The Royston Crow, usually under the heading ‘School Cases’, of parents or guardians of children being summoned before the magistrates court for failing to ensure that they attended school. A selection of local ones is given here:

‘Joseph Searle of Meldreth, said he was left in a lot of trouble. His wife had died and left him with 10 boys, including a child 3 years old and no one to see after them unless he kept one at home….The Bench thought it rather a hard case and inflicted a fine of one shilling.’

16th May 1890, before Arrington Petty Sessions:

‘James Green, of Meldreth, was summoned for a similar offence and said the child was not absent on the day mentioned. Mr Bunyan, School Attendance Officer of the Royston Union, produced certificates of absence for the child and also that the child had been absent 233 times out of the 247 times the school was open. Defendant said his wife was obliged to to keep the girl at home to help her owing to illness and he had been informed that if a medical certificate was produced he would hear no more of it and he got a certificate that his wife needed help. Mr Bunyan said the complaint was that the girl was about the street during school hours. Upon a promise to send the child whenever he could, defendant was let off.’

‘George Mead, labourer, of Meldreth, was summoned by Mr Bunyan, School Attendance Officer, for not sending two children to school. The wife pleaded that she had not the money to afford to pay the school fees and they sent them back (the children were sent home from school?). Her husband had been up in the hay country and owing to the wet had been unable to send any money home. Mr Bunyan said they were very badly off. The cases were adjourned for a month to see if the children attended.

Frederick Waldock, labourer, of Meldreth, was also summoned for a similar offence and the wife appeared and said the boy was in the fourth standard and she kept him at home for three weeks to go “cherry-keeping”. The defendant was fined two shillings and sixpence.’

‘Thomas Stallabrass, of Meldreth, was charged with not sending his child to school. Mr Woodward, School Attendance Officer, proved the non-attendance but it appeared that there was no wife and that the house was two miles from school. The sister-in-law said it was a delicate child and the father did not know when the child was away (i.e. not in school). The Bench adjourned the case for six months and advised that the father should see that the child attended.’

‘The following cases – for neglecting to send children to school, were brought by Mr Woodward, School Attendance Officer for the Royston Union, and fines inflicted as appears below:…….Charles Dash, of Meldreth, two shillings and sixpence, allowed a week.’

‘Thomas Blows, of Meldreth, was summoned for not sending two children to school. Fine one shilling for each child.

Robert Woods, of Meldreth, was summoned for a similar offence and was fined two shillings and sixpence.’

Firstly, though the 1870 Education Act required that schools for children aged 5 to 12 should be provided throughout the country, it was not compulsory for children to attend until 1880. So, the cases recorded here all come from the early years of mandatory state education.

Secondly, before parents were legally required to send their children to school, many of primary school age were kept at home to help mind other (younger) brothers and sisters or sent to work to augment the family income. The 1884 Searle case is an example of one where the reason given by the father for keeping his child at home was that he had been widowed and left with 10 children to provide for. In rural communities where wage levels were often low and work seasonal, some families took the opportunity to keep their children at home when agricultural work was plentiful; the 1890 Waldock case was one where the mother admitted keeping her son off school for three weeks so that he could help with the cherry harvest.

Thirdly, the fact that state-funded education was provided from 1870 onwards did not mean that all schools were free. School fees were still levied by many schools and parents had to pay the ‘school’s pence’ each week. In poorer communities this represented a substantial burden and parents could be summoned for non-payment, as in the 1890 Mead case illustrated here. Interestingly, this would have been one of the last cases of its kind because a year later, in 1891, the school’s pence fee was abolished and state schooling became free.

Fourthly, the non-attendance cases here were brought by school attendance officers working for the Royston Union. This was one of the 600 Unions created nationally after the passing of the Poor Law Amendment Act, 1834, to provide relief for paupers living in the groups of parishes for which they were responsible. The legislation was meant to concentrate relief within the workhouse and bring about an end to the provision of ‘outdoor’ relief for people living outside it. The Poor Law Guardians who oversaw each Union had additional responsibilities and one of these was for the monitoring of school attendance. In later years, responsibility for this passed to education welfare officers employed by local authorities.

Finally, the cases reported by the Royston Crow and referred to here all come from a period before the building of Meldreth’s own school which opened in 1910. One of the arguments put forward at the time for the village having its own school was the distance some Meldreth children had to walk to reach the ones in Melbourn and Shepreth. See ‘Educating Meldreth – the Case for the Villages’s Own School’, also on this website.

With thanks to Linda Clarke for her help in researching these cases.