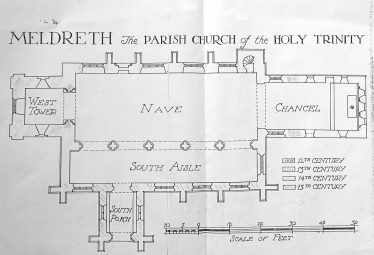 zoom
Plan made for the Victoria County history
c. VCH 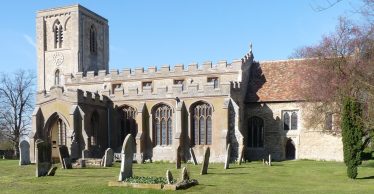 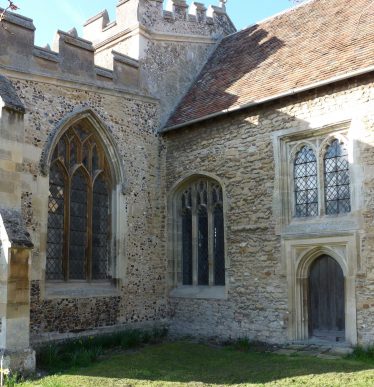 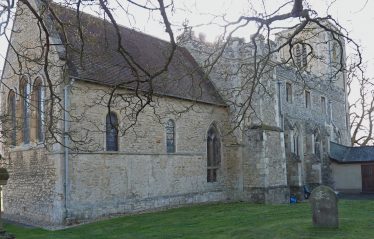 The plan shows the simple layout of the church with a chancel, nave and south aisle and tower.  The architectural features visible in the exterior views indicate the date and the sequence of building.

The rough rubble walls of the chancel, together with the three small, narrow windows, survive from the 12th century, but the three eastern lancets, though 12th century in style, date from 1871. The Rev E.W Cory, who was vicar from 1864-94, left a memorandum on this alteration recording that he had cause to regret the part he had played: “A new east window in the Decorated style replaced a Norman triplet in the 14th century. This window, was, I regret to say, removed at my suggestion in 1871: it was originally a very beautiful one with rich flowing tracery, but being of clunch it had well nigh perished and in the so-called restoration of 1838-42 it had been so loaded with stucco that I had no idea that it was an original window until the mischief had been done. Although I suggested a Norman triplet, the church being said to be dedicated to the Holy Trinity, I disclaim having anything further to do in the execution of the miserable thing which now exists”.

The larger, more elaborate windows on the north and south walls of the chancel, and the south door, were inserted in the 14th and 15th centuries to provide more light, datable by the mouldings and the patterns of the window tracery.  The 12th-century nave wall and the original door survive on the north side, but the upper parts and the whole of the south side was rebuilt in the 15th century, when the stair turret on the north side was also added to provide access to the chancel screen.  The 12th-century roofs would have been of much steeper pitch and might have been of thatch.

The survival of the 12th-century tower shows the original extent of the nave.  The traceried windows and their capitals show that upper stage of the tower was not completed until the later 13th century. The massive 15th-century timbers in the roof may indicate that there was once, or that there was intended to be, a short wooden spire, typical of North Hertfordshire churches.