You are here: HomenextTopicsnextLaw and OrdernextDesperate Struggle with and Capture of a Horse Stealer

Desperate Struggle with and Capture of a Horse Stealer 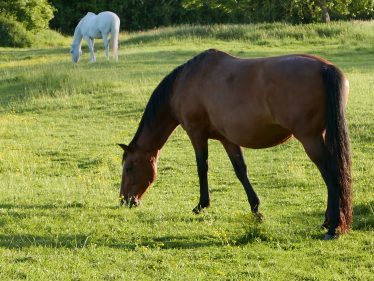 zoom
Horses grazing in a North End field, close to where the offence is believed to have occurred
John Crawforth, June 2015 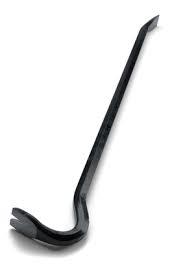 zoom
A jemmy - the 'burglarious instrument' used by the horse thieves
the bribery act.com 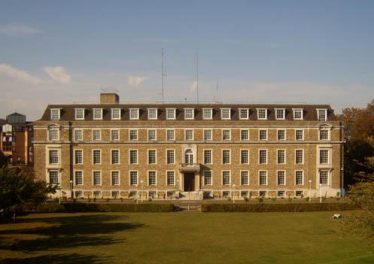 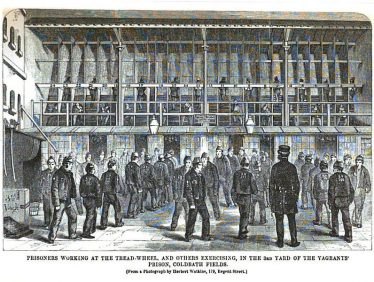 zoom
Prisoners at the Tread-Wheel and Others Exercising in the 3rd Yard of the Vagrants' Prison, Coldbath Fields, Middlesex
From 'The Criminal Prisons of London and Scenes of Prison Life' by Henry Mayhew and John Binny, 1864

In the nineteenth century horse thefts were considered the most serious category of animal theft and by statute were punishable by death. Under the heading ‘Desperate Struggle with and Capture of a Horse Stealer’, the following case was reported in the Royston Crow on 22nd March 1878:

‘On Monday night last an audacious attempt at horse stealing was committed on the farm of Mr Charles Mortlock Waller, of Meldreth (note: census records for 1881 and the Inclosure map of Meldreth for 1820 suggest this was located on North End, opposite College Farm); and happily for the interests of justice and the prevention of similar depredations, it was attended by an equally cool and a courageous capture of one of the robbers at the hands of Mr Waller.

It appears that two strange if not suspicious looking men, somewhat fashionably attired, took tickets by the 4.23 train from Royston to Meldreth on Monday afternoon. They were seen loitering about in Meldreth towards the evening. About nine o’clock, as Mr Waller and Mrs Waller went upstairs to attend to a sick child, Mrs Waller, on looking out of the window, saw two men against the stable door, in which was a very valuable steed. She acquainted Mr Waller of their presence and he went down and called for the assistance of a man named Goss who lives in a cottage at the back of the farm, and on his return he saw the two men taking the horse off, having got some distance from the stable. On seeing Mr Waller approach the robbers released the horse and endeavoured to make their escape. One of them, however, was seized by Mr Waller, just as he was escaping over the yard gate. A severe struggle ensued, in which the robber received a sharp blow from Mr Waller who succeeded in wresting a “jemmy” from his opponent, who after this thought it time to “give himself up” but not, however, until Mr Waller, in the effort to get possession of the burglarious instrument referred to, had his collar bone dislocated.

A doctor was sent for to attend to Mr Waller’s injury and Police-Sergeant Rehouse at the same time arrived and took the prisoner into custody, when he gave his name as John Morris, a silk weaver of Liverpool. He also stated that he had slept rough at Peterborough on the previous night and had come up to Royston by train on the Monday morning. That the prisoner had given the right name appeared to be confirmed by the name of “Morris” on his collar but his statement of having come from Peterborough on the Monday morning is scarcely credited by the police in the light of another similar occurrence at Barley on the same night, and of the fact that two men corresponding with the two men who were seen at Meldreth were seen at Buckland on Sunday, and also in the Falcon yard at Royston.

The prisoner was taken before J E Fordham, Esq., on Wednesday last and remanded to Cambridge gaol till Saturday (tomorrow) when if the police have not been able to trace his antecedents (previous criminal history) he will again be remanded till the Melbourn Petty Sessions on Monday week. The prisoner was found to be well equipped for a burglarious expedition, there being on him a number of skeleton keys…and the “jemmy” taken from him by Mr Waller who, by his courage, has not only succeeded in protecting his own property but has performed a good service to the public by capturing one if not the principal of the would be robbers.

We are glad to say that Mr Waller is going on well under the care of Dr Parkinson.’

On 5th April 1878 John Morris came before the Melbourn Petty Sessions charged with stealing a horse (a gelding) to the value of £50, the property of Mr C M Waller, farmer of Meldreth, on March 18th. The court was reported ‘to be crowded on the prisoner being brought in, each being anxious to get a sight of him.’ Police-Sergeant Rehouse, giving evidence, said that when he took the prisoner into Mr Waller’s kitchen and searched him he found upon him ten skeleton and two other keys, a box of silent matches, a pair of gloves and a cloth which he produced in court. The prisoner was said to have ‘cross-examined the witnesses with considerable skill and shrewdness, apparently with a view to throw the offence of taking the horse upon the man who escaped. In answer to the Bench as to whether he had anything to say in his defence, the prisoner said he had nothing to say only that he pleaded guilty as to being in possession of the keys, but not as to having touched the horse. He was committed for trial at the next Cambridgeshire Quarter Sessions at Midsummer.’

The outcome of his appearance there was reported in the Royston Crow of 12th July 1878. At the close of the evidence the prisoner, in addressing the jury, said, “They charge me with stealing a horse, and yet they do not swear that I took it.” The Deputy-Chairman having summed up, the jury found the prisoner guilty. He had a previous conviction at Chatham. The sentence: ten years penal servitude, with seven years police supervision.

In the late nineteenth century, courts began to add other conditions to prison sentences either to provide restitution to victims or to try to prevent further offences occurring. In the case of John Morris, reported here, a period of seven years police supervision was added to his time in prison, to commence at the time of his release. In effect, this was a forerunner of the present day system whereby part of a custodial sentence is served in prison and the remainder on licence in the community (with probation rather than police supervision).

Note: With thanks to Linda Clarke and Kathryn Betts for their help in researching this case.