You are here: HomenextTopicsnextLaw and OrdernextIs there no Constable in the Village?

Is there no Constable in the Village? 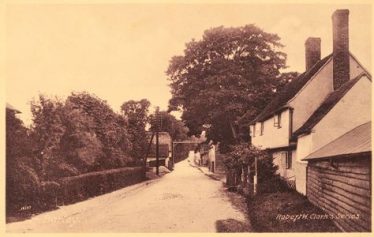 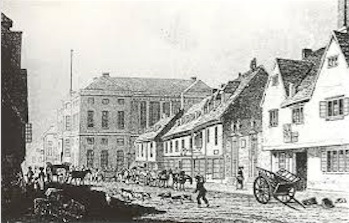 zoom
1823 engraving of Shire Hall, Hertford where the Quarter Sessions were held until 1971
ourhertfordandware.org.uk 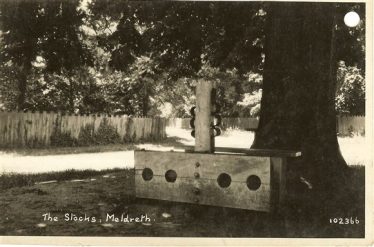 ‘On Wednesday night, the 3rd instant, the cottage of William Clark, a respectable labourer, at Barley, was broken into in the day time, in the absence of Clark and his wife’ according to a report in the Cambridge Independent Press on Saturday, 13th September 1845. They were ‘at work in the harvest field and a quantity of wearing apparel etc. was stolen.’

‘Information was given to Inspector Wright who, with his constables, set about enquiry, but not the least could be obtained until about eleven o’clock on Friday night when Inspector Wright (who had been unceasing in his duties), succeeded in apprehending a woman at a common lodging-house at Meldreth, Cambridgeshire, with the the whole of the stolen property in her possession; the Inspector also found a quantity of other wearing apparel and articles in her possession, the produce of two other similar robberies, one committed in the county of Essex and the other in the county of Cambridge.’

‘On Monday the 8th, she was taken before J G Fordham JP, Esq., who committed her for trial at the next Quarter Sessions at Hertford. There is little doubt but the prisoner who gave her name as Charlotte Ellis, alias Westwood, of Sandon, near Chelmsford, Essex, committed this as well as other robberies in Essex and Cambridgeshire, alone without any assistance.’

‘She is about twenty years of age and is known to the police as a common prostitute. It is somewhat remarkable that in the small village of Meldreth there are two places, called common lodging-houses, for the accommodation of thieves, prostitutes and vagrants. Is there no constable in the village, to look after these places?’ (Note: no records have been found which confirm the existence of these lodging-houses or identify where they might have been. Any information on this would be gratefully received.)

In his comments, the magistrate was probably referring to the ancient office of the parish constable which, by the time this case was heard in 1845, was being phased out in many parts of the country. The County Police Act of 1839 allowed for county police forces to be established and formalised their powers, though it did not become a requirement for all counties to have their own police force until 1856. As these forces were gradually introduced (in Cambridgeshire from 1851) they took over the duties the parish constables had carried out. In ancient times, parish constables were required to keep the peace and came under the regulation of the manorial court. After Justices of the Peace were established in 1381 they took over this regulatory function but for some of their responsibilities the parish constable reported to the head or chief constable for divisions of counties known as ‘hundreds’ or ‘wapentakes’.

Parish constables were not salaried though might be paid a small retainer and had their expenses reimbursed. They were expected to be able-bodied men of 25-55 who had to serve when called upon to do so unless they belonged to an exempt profession or could pay someone to act as a substitute. They had a long list of duties including the requirement to patrol towns and villages for security. When someone became the victim of a crime or misdemeanour or witnessed one they had to raise the ‘hue and cry’ by shouting out an alarm. There was a parish responsibility on anyone who heard it to pursue the offender and try to capture them.

If captured they could be put in the local stocks, pillory or lock-up (a form of temporary detention) under the supervision of the parish constable. Meldreth had stocks (see The Stocks and Whipping Post page on this website) but there is no record of a lock-up. The nearest was at Melbourn, situated at the crossroads close to All Saints church. When it was demolished in 1847 the bricks were used to construct the Melbourn fire station, which still stands (see Rules for the Fire Engine page on this website).

Parish constables were responsible for the security of local prisoners and for taking them to the quarter sessions or assize courts. They were also expected to deal with unlawful assemblies and riots; if they found a group of twelve or more people and thought matters were getting out of hand, they could read a section of the Riot Act 1715 requiring them to disperse or risk arrest (giving rise to the phrase still in use today). They also had to supervise ale houses and so-called ‘bawdy houses’ and take women involved in prostitution before the magistrates.

Interestingly, we know that parish constables, albeit with reduced powers, continued to be appointed in Meldreth until at least 1912 (see the page on Percival William Cox – Village Blacksmith, Parish Constable and First World War Soldier on this website).