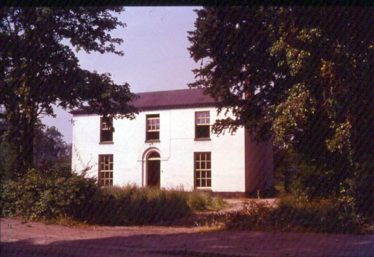 zoom
Oak Villa, High Street, Meldreth pictured in 1956 - the home of the Ellis family for many years
Photograph supplied by Ann Handscombe 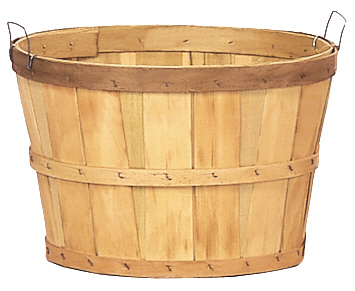 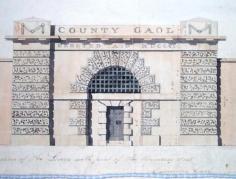 zoom
Cambridge County Gaol, built 1802 and in use until 1915
Victorian Crime and Punishment: vcp.e2bn.org

The Royston Crow of 2nd March 1877 carried the following report of a case coming before the Melbourn Petty Sessions:

‘William Blows, labourer of Meldreth, was charged, on remand, with stealing on or about 3rd February, three pecks of peas and one bushel of oats, of the aggregate value of 7 shillings, the property of his master, Mr Charles Ellis, Meldreth’ (note: from Norman times the London bushel was the legal measure for wine, ale and grains and was equivalent to 8 imperial gallons. There were 4 pecks in a bushel). The Ellis family had been major landowners in Cambridgeshire for centuries. For many years, Charles Ellis and his descendants lived on the High Street at Oak Villa (pictured below). In 1871 he farmed 317 acres, employing 12 men and 5 boys in addition to several household staff.

Mr Ellis said “the prisoner was in my employ as groom and gardener up till 16th February. On 15th February Sergeant Levitt came to me about two o’clock in the afternoon; he produced some whole peas. I showed him some oats at his request, which were on my premises. He took a sample from my corn bin and took them away. He also took a sample of my peas. The sample he brought I compared with my peas and I found them to be exactly alike. The prisoner had access to my coach-house where the peas were. On the Friday morning I asked the prisoner if he had not been selling some oats. He said he had not. I then asked him if he had not been selling some peas, and he denied having done so. Sergeant Levitt came up at the time and accused him of taking some peas and oats belonging to me. At first he denied it and afterwards admitted selling some. I then gave him in charge and Sergeant Levitt took him to the police station.”

‘William Reed, labourer, in the employ of Mr Charles Ellis, said he had to see after the stock and to give out the oats to the prisoner for his horses. He remembered seeing some peas in the coach-house, to which no one would have any business to go except himself. He found a few spilt in the place one morning, but had no idea of anyone taking them away.

Joseph Russell, beer house keeper, living at Meldreth said in consequence of something said by Sergeant Levitt on 15th February, he gave up to him about a peck of peas which he had bought of the prisoner. He paid the prisoner 3 shillings and two pints of beer for three pecks. The prisoner said on asking him to buy them, that he knew a man who was about killing his pig and who had three pecks of peas left. Witness asked him what sort they were and he said “I’ll bring them and you shall see them.” He brought them the next night. He said he had got to give the man 3 shillings for them and if the witness would give him two pints of beer for his trouble besides the 3 shillings he should have them. The witness bought them on these terms. He came in again afterwards and asked him how the pigs liked them but did not offer him any more.

Charles Smith, grocer, living at Meldreth said, on Friday 26th January, the prisoner brought some oats to his shop in a sack, offering to sell them, as he (the prisoner) had killed his pig and had got the oats to spare. The witness bought the oats of the prisoner. He could not say whether he gave 3 shillings or 4 shillings for them. There was a little over a bushel of them. He said they grew on his allotment.

Jonathan Stallabrass, living at Meldreth said he knew the prisoner’s allotment, which joined his own. He (the prisoner) grew wheat and potatoes on it last year. The witness did not know that there was anything else.’

Sergeant Levitt then gave his evidence about the samples of peas and oats that he had taken. After he took William Blows into custody he told the prisoner he was charging him with stealing about three pecks of peas and a bushel of oats from Mr Ellis and selling them to Mr Smith and Mr Russell. The prisoner said “I have not sold any,” but in a minute he said “I sold Mr Russell about a peck of peas and he gave me one shilling and sixpence for them…I am very sorry, I shall get a month or six weeks for this.”

‘Sergeant Levitt told him as other things were missing he should go and search his premises. He said there was nothing there belonging to Mr Ellis. On searching the premises, the witness found three sacks turned inside out, bearing Mr Ellis’ name. He told the prisoner of finding these and he said “I’ll now tell you the truth. I did steal the oats and peas and sold them to Mr Russell and Mr Smith …that is the truth and I am sorry for it.”

This was the case and the prisoner having been cautioned in the usual manner, pleaded guilty and said he hoped the magistrates would deal as lightly with him as they could as he had a wife and three children and this was the first time he had been in such a position. Superintendent Pallant said there was nothing known against the prisoner (i.e. he had not been convicted previously).

The Chairman said they had decided to give the prisoner three months’ imprisonment. They had done so more particularly because the property he had stolen had been under his care. He had not only been guilty of theft but of a breach of trust.’

We do not know where William Blows served his sentence but at the time many convicted offenders from the local area were housed in Cambridge County Gaol. Built in 1802 on the site of the present Shire Hall when the previous gaol became too small, it remained in use until 1915.