zoom
The convicts returning to the hulks after their labour in the Arsenal (at Woolwich)
www.plumstead-stories.com 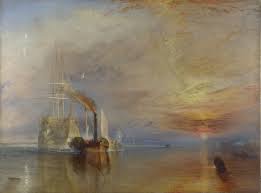 Early nineteenth century newspapers carried reports of the kind of crimes – trespass causing damage to crops, breaking and entering farm buildings and the theft of livestock – which would not be unknown in many rural communities today. Less familiar by modern standards would be the draconian penalties that even relatively minor offences could attract.

The Cambridge Chronicle and Journal of 17th March 1820 reported a case before the Huntingdon Assizes, recorded elsewhere on this website, in which two young offenders “Edward Coningsby (aged 17) and Thomas Wallon (aged 14) were capitally convicted of stealing a pony out of the parish of Meldreth, in Cambridgeshire, the property of Mrs. Eliz. Maze, and received sentence of death, but were both reprieved.”

We know from information about the Coningsby family that Edward was later transported to Australia: he was one of 150 convicts transported on the “Caledonia” which departed on 19th June 1822 and arrived at Van Diemen’s Land (or what is now known as Tasmania). Details can be found in the convict transportation register held at the Home Office and in the State Library of Queensland. It was relatively common for judges at the time to pass death sentences which were then commuted to transportation or other lesser forms of punishment, particularly so in the case of juvenile offenders; as the nineteenth century wore on there was increasing public disquiet about the hanging of children.

At the opening of the Cambridge Assizes on 10th July 1826 (reported in the same newspaper), Mr Justice Bayley, in his charge to the Grand Jury, including William Mortlock, a prominent Meldreth figure, said that “he regretted to observe from the number of prisoners in the calendar that this county and town have more than their proportion of crime. This circumstance proved that greater vigilance was necessary from the police…”

Amongst the cases he went on to deal with were those of William Easy (21) and George Nodes (25) who were charged with stealing ten young turkeys, the property of John Beard, of Meldreth. “The only evidence which could affect Nodes was that of the wife of the prosecutor (Note: usually, in those days, the victim of the offence) who found the turkeys in the yard of that prisoner and he was therefore acquitted. Easy was convicted on his own confession, voluntarily given before the committing magistrate. Sentence – seven years’ transportation.”

Transportation involved sending convicted criminals or others regarded as undesirable to a penal colony. England transported convicts, political prisoners and prisoners of war from Scotland and Ireland to its colonies in the Americas from the 1610s until the American Revolution in the 1770s and Australia from 1788 until 1868.  Under English law, transportation was a sentence imposed for felony and was typically used for offences for which capital punishment was deemed too severe. For example, forgery of a document was a capital crime until the 1820s, when the penalty was reduced to transportation. The sentence could be imposed for life or for a set period of years. If imposed for a period of years, the offender was permitted to return home after serving out his time, but had to make his own way back.

A National Archives case study on transportation as a means of punishment recounts that “the long voyage to Australia could take six months. Many lives were lost among the convicts, locked in iron cages below decks in insanitary conditions, although by the end of the transportation era more care was taken and loss of life on the voyage was minimised.  Once in Australia, convicts lived in barracks and worked in gangs, building roads and bridges or working on farms or quarries.”

If they behaved themselves, their sentence could be reduced by a “ticket of leave” permitting some limited freedoms. This allowed them to resume a more normal life, to marry and raise a family. The majority of convicts decided to stay in Australia at the end of their sentences, aware that they had the chance to make a better life there than returning to Britain, probably to a life of poverty and crime.

Transportation did not necessarily mean being taken immediately to the colonies. Often offenders were kept in a local convict gaol then moved to one of the notorious prison hulks. These were old, de-commissioned Navy ships moored in the Thames and in ports such as Chatham, Portsmouth and Plymouth. The “Warrior” hulk was a well-known example – launched in 1781 as a 74 gunner, she was later taken out of service and used to house convicts before being damaged by fire and finally broken up in 1857. Another famous hulk, immortalised in JMW Turner’s celebrated painting, the 78 gun “Temeraire” was launched at Chatham in 1798 but later used as a prison hulk from 1812 – 1815. The use of former Navy ships to detain convicted criminals was first authorised by Parliament in 1776 as a temporary measure but continued for the next 82 years.

Conditions aboard the hulks were harsh. The Illustrated London News in 1846 recorded that “the employments of the convicts consist of shipbuilding and painting, carrying timber for this purpose, in removing chain-moorings, in cleansing the rivers on which they are employed, and in different descriptions of hard labour, and a limited number in keeping the vessels clean, preparing the food of the convicts generally, and making and repairing their clothes. Their periods of labour are from eight to nine hours and a half hour daily, according to the seasons of the year.”

Some never reached the Americas or Australia and spent the whole of their sentence aboard the hulks, while others fell victim to the frequent outbreaks of cholera and typhoid.