You are here: HomenextTopicsnextLaw and OrdernextMeldreth Woman charged with Theft during a Carriage Ride, 1841

Meldreth Woman charged with Theft during a Carriage Ride, 1841 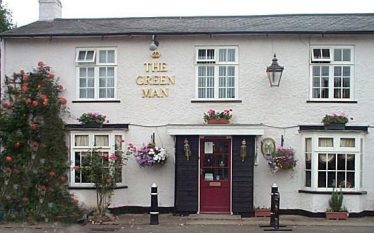 zoom
The Green Man Public House, Dunsbridge Turnpike, which may be where Mary Nunn discovered her purse was missing
greenmanshepreth.co.uk 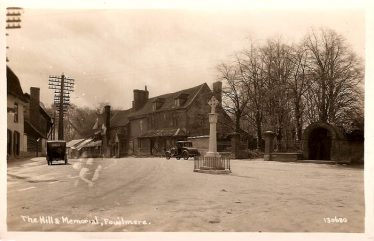 zoom
Fowlmere village, from a Bell's postcard of the early 1900s
fowlmere.com 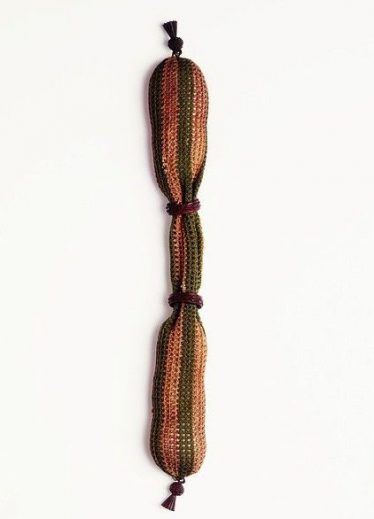 zoom
A stocking purse (1800 -1820), also referred to as a miser's purse. The rings, known as sliders, were used to separate different coins. The one owned by Mary Nunn may have been of a similar design.
Victoria and Albert Collections

The Cambridge Chronicle and Journal of 24th July 1841 carried a report of cases heard at the Cambridge Summer Assizes before Mr Justice Williams, a judge on the Norfolk Circuit. Amongst them was the following:

‘Jane Thurley, aged 29, a single woman from Meldreth, was indicted for having on the 2nd July last, stolen from Mary Nunn, of Fowlmere, a carrier, one silk purse, containing one half-sovereign, one five-shilling piece, several shillings and sixpences, and one halfpenny.

Mary Nunn (Note: reported to be ‘a good-looking young woman’, though the relevance of this is unclear), a carrier between Fowlmere and Royston, had known the prisoner (Jane Thurley) for some years. She was returning from Royston to Fowlmere on Saturday, 2nd July, and the prisoner rode about two and a half miles with her in the cart; there was nobody else in the cart. The prisoner sat on the seat with the witness at the left hand side. The witness had a silk purse in her bosom, containing a half sovereign, a five shilling piece, some loose silver, and a halfpenny. Before leaving Royston, the prisoner, in replying to a question from the ostler about being treated with a glass of ale, said she had only a halfpenny but afterwards she said she had both gold and silver. The ostler said she touched her pocket and the money was heard to chink. After that the prisoner said she carried her money where Mary Nunn (the witness) carried hers – in the bosom of her dress.

The witness missed her purse at The Green Man about three quarters of an hour after she had set down the prisoner on the road to Meldreth; she had taken some money for the carriage of goods and wanted to put it into her purse, but found it was gone. (Note: There are Green Man public houses at both Dunsbridge Turnpike and in Thriplow, though it seems more likely that the former is the one that features in this account). The witness’s frock, on examination, appeared to have been cut with a pair of scissors or a knife. (The frock was produced, and large hole on the left side of the breast was shown.) The witness had seen none of the property since it was lost. She went to Mr. Metcalfe, magistrate, when she got home, and the prisoner was taken into custody the same evening.

Samuel Bestow, Meldreth, had known the prisoner for three years. He saw her at his master’s shop (a grocer’s shop) on Friday July 2 between four and five in the afternoon. She came in for two plates, half an ounce of tea, quarter of a pound of butter and a halfpenny worth of sweets: they came to ten pence and three farthings for which she gave a half sovereign and got for change two half crowns and the rest in small change. The prisoner asked him for two half crowns for a five shilling piece which she laid on the counter; he had not got change. She took the half sovereign from a long purse with rings sliding up and down.

George Barker, Melbourn, grocer, deposed that the prisoner came into his shop on 2nd July, Friday, about six o’clock in the evening, in company with her sister, and purchased a pair of high shoes, for which she paid three shillings and sixpence giving a crown piece and receiving the change. Something else was bought but he would not say which of the two women paid for it.

John Nunn, father of the prosecutor (Note: that is, the person who brought the case), said the prisoner had been taken into custody about nine o’clock in the evening of 2nd July on the road between Meldreth and Melbourn by him and the constable. In the course of the journey to Fowlmere nothing was said by the prisoner, but on Saturday morning, after the witness had seen her mother, she said she had ten shillings, within a few half pence, when she went home, all in silver. On being reminded about having changed half a sovereign in Mr Wallace’s shop, she said she had forgotten that – a gentleman had given it to her; another man had given her seven shillings which she had earned in the grass country (Note: hay-carrying?).

Mary Nunn was recalled and said she had made a mistake in saying the occurrence took place on Saturday 2nd July; it was Friday 2nd. Her purse was a silk case with two cuts and two sliding rings. The whole amount it contained was between twenty and thirty shillings.

The learned Judge went carefully through the case and explained to the jury that it rested entirely on circumstantial evidence. Verdict: Not guilty.’