You are here: HomenextTopicsnextLaw and OrdernextSurgeon 'Intoxicated and Using Abusive Language' 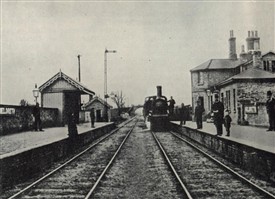 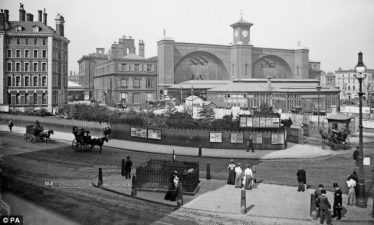 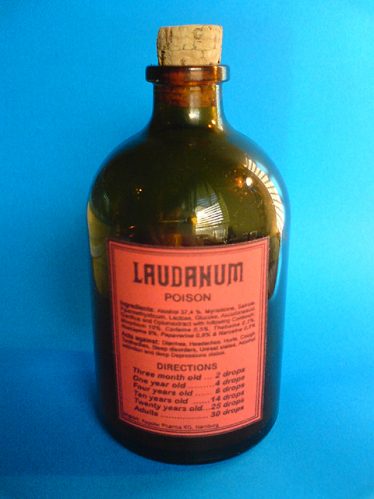 In an unusual case, Thomas Henry Colman appeared before the Arrington Petty Sessions on 20th February 1880. In a Royston Crow report of the proceedings, he was described as a surgeon ‘late of Royston’. He was brought up on remand charged by William Frederick Perkins, Station Master at Meldreth ‘for that he on 6th instant, was found upon the Great Northern Railway Company’s premises, to wit, Meldreth Railway Station, in a state of intoxication, and that he did then and there use abusive language contrary to the Bye-Law in that behalf, duly made and published by the said Railway Company…..The defendant, who had been formally charged before R. Pyne Esquire, on the 7th instant and remanded, had been, since that date up till Monday, in the Cambridge Gaol. Inspector Williams appeared on behalf of the Railway Company.

William Frederick Perkins said: “I am Station Master at Meldreth. On the 6th instant, the defendant came to the Booking Office at Meldreth Station for a ticket to travel by the 1.39 train and seeing he was under the influence of drink, I instructed the Booking Clerk not to give him the ticket. I went to the window and told him mildly that he was not in a condition to travel and that he would not be allowed to be about the premises. He then pressed the matter and said he wanted medicine. Just as the train came in he ran across the metals and again spoke to me and I again refused him. He tried to get into a carriage but I kept him back. This excited him and when the train was gone he followed me about the platform and raised his hand as if to strike me. He afterwards followed me to the end of the platform and called me a ******* scoundrel and said he should like to murder me. He then left the platform and I sent for the police and he was given into custody. He was certainly in a state of intoxication.”

Police-Sergeant William Redhouse, stationed at Melbourn, said he was sent for on the afternoon of 6th February, about two o’clock in the afternoon, to go to Meldreth Railway Station. He went and found the defendant in the public house adjoining. He was sitting in the tap room with his head down and was in a state of stupefaction. At first the witness could not tell if he was drunk but afterwards could see that he was suffering from delirium tremens (Note: this is a psychotic condition typical of withdrawal in chronic alcoholics, involving tremors, hallucinations, anxiety and disorientation – one which could only be accurately diagnosed by a medical practitioner).

On telling him the charge the defendant said, “Very well, I will defend it”. On searching him, the witness found two bottles upon him labelled “poison” (which were produced in court). The bottles were empty. He was in a very excited state and every nerve seemed agitated. The defendant, on getting to Melbourn Police Station, begged the Police-Sergeant Redhouse to go to Mr Parkinson’s (Note: a Dr Parkinson practised as a local GP around this time) and get him some laudanum as he thought he should die. The witness went for some but was refused….The defendant also cross-examined this witness as to the charge of drunkenness.

Richard Williams, Inspector of the Great Northern Company’s Police, at King’s Cross, London, produced a copy of the Company’s Bye-Laws and also proved that a copy was displayed at Meldreth Station.  The defendant addressed the Bench with considerable ability and the readiness of a well-educated man, occasionally manifesting some emotion. His defence was that, instead of being intoxicated as had been alleged, he was suffering from an illness which necessitated his taking the drugs referred to. The Bench considered it a bad case, and clearly proved. They fined the defendant 15 shillings, including costs; he paid the money.’

Laudanum was a tincture of opium containing approximately 10% powdered opium by weight. Opiates were very widely used in Victorian England for medicinal and recreational purposes without the censure that would be attracted today. Laudanum, reddish-brown and bitter to the taste, was regularly prescribed to suppress coughs, for rheumatic and neuralgic pains and for asthma. A number of famous writers of the Romantic era such as Thomas De Quincey and Samuel Taylor Coleridge were regular opiate users: Coleridge’s famous poem ‘Kubla Khan’ is said to have been composed in a dream induced by laudanum. In the 1860s, once articles started to appear in the popular press and books were published describing London’s East End opium dens, reformers began to campaign against unrestricted opium use and its associated trafficking. The 1868 Pharmacy Act recognised dangerous drugs and limited their sale to registered chemists and pharmacists but, until the end of the nineteenth century, few doctors and scientists warned about the dangers of drug addiction. Some members of the medical profession became habitual laudanum users themselves; Thomas Henry Colman (if indeed he was a surgeon) may well have been one of these.