zoom
Notice published in the Cambridge Independent Press, 20th May 1848 confirming the decision to create a new Arrington and Melbourn Division, covering cases from Meldreth and other local parishes
British Newspaper Archive.co.uk 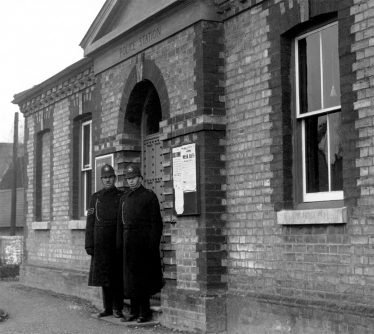 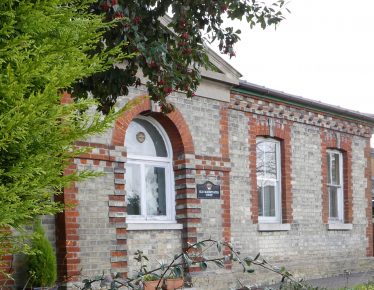 In Meldreth, as in other parts of England and Wales, lower level crimes are dealt with by magistrates, otherwise known as Justices of the Peace (JPs). This is an ancient office tracing its origins back to the reign of Richard I who first appointed ‘keepers of the peace’ to enforce the law. Justice of the Peace, as a title, came into existence during the reign of Edward III with the Justice of the Peace Act in 1361. According to the Magistrates Association, “as the centuries passed, magistrates effectively became the first incarnation of local government, acquiring a range of administrative duties including the administration of the Poor Laws, the maintenance of transport infrastructure such as highways and bridges, and the regulation of weights and measures. An example of their duties, prior to 1714, was that magistrates could be approached, at any time, by people legally recognised as ‘paupers’ to appeal for aid if their parish officials had refused, or neglected, to provide any.” (magistrates-association.org.uk)

In earlier centuries and before provision was made for them to have courthouses of their own, magistrates used to meet in licensed premises. We know, for example, that the normal place of meeting for the Wetherley Hundred was at the Plough in Shepreth from 1765 to 1793 and thereafter at the Hardwicke Arms in Arrington from 1795 to 1802. By the nineteenth century magistrates were sitting locally in ‘petty sessions’ as there was too much work to be dealt with in the ‘quarter sessions’ which, as the name implies, met just four times per year. Crimes such as drunkenness, poaching and vagrancy were punished at petty sessional level but magistrates could remit more serious crimes to a higher court for trial or sentencing.

The Cambridge Independent Press of 29th January 1848 printed a formal notice under the signatures of Justices of the Peace John Bendyshe, Rev. William Metcalfe and Rev. James Fendall proposing that, for the purposes of holding petty sessions, a number of parishes, including Meldreth, and then forming the Melbourn Division, ought to be annexed to the Arrington Division. This would be ‘for the purposes of forming together one convenient and proper Division’ and was to be considered at the next Cambridge Quarter Sessions. At the Quarter Sessions held on 6th April of the same year the proposal was adopted and an order to that effect was to come into force the following May. The new Division was to be called the Arrington and Melbourn Division.

The Petty Sessions Act 1849 required fit and proper places to be provided for holding petty sessions, to be paid for from the county rate. With the establishment of the old Cambridgeshire Constabulary in 1851, steps were taken to build police stations incorporating magistrates’ courts. On 15th April 1858, it was agreed that a police station be built for the Arrington and Melbourn division and a committee was appointed to consider plans. On 7th April 1859, Archdeacon Yorke, a magistrate, proposed that stations be built at both Arrington and Melbourn and this was adopted, subject to the cost of the Melbourn station not exceeding £450 and Arrington, £1050.

On 17th October 1859, a site at Cross Lane, Melbourn was conveyed from J Phillips, a Royston brewer, for the sum of £43. 10s, a contract for the building having been signed with John Bird of Huntingdon for a cost of £434 16s. The work was to be completed by 31st January 1860. The building, housing Melbourn police station with two cells and accommodation for the police sergeant, as well as the magistrates’ court, took about four months to complete.

Following the opening of the new courthouse in Melbourn, cases from Meldreth were heard there but could also be heard at Arrington. Not all were resolved in quite the way the magistrates intended. Under the heading ‘Disregarding a Lesson’, The Royston Crow reported, on 26th October 1877, that Thomas Walter Strickland and Charles Farnham, both of Meldreth, were charged with being drunk and disorderly on the highway at Melbourn. Strickland pleaded guilty and Farnham to being the “worse for ale”. The charge arose out of a case that had come before the Court at a previous sitting when Farnham was charged with assaulting Strickland and fined 1 shilling. ‘This he vowed he would never pay but would go to prison first; the money, however, was eventually paid by his wife. No sooner had the parties got outside the Court on that occasion than the effect of their appearance before the Bench and the fact of their being in such close proximity to the Police Station seems to have been forgotten and some disgraceful proceedings followed, which gave rise to the present charge. Police Sergeant Levitt attended and deposed that at the last Bench day he was called out of the court room and found the two defendants quarrelling in the street, one of them being stripped. Witnesses parted them but they remained in the street for some time, Farnham used very bad language and was like a mad man. The Chairman said they had rendered themselves liable to a month’s imprisonment and would very likely get it if they appeared again for such an offence. They would each have to pay £1 6s 6d. Both defendants paid the money.’

Note: with thanks to Linda Clarke and Les Sullivan for their help in researching the history of the Melbourn Magistrates’ Court