You are here: HomenextTopicsnextLaw and OrdernextMeldreth Church Rates - Local Police Constables Alleged to have Failed in their Duties, 1849

Meldreth Church Rates - Local Police Constables Alleged to have Failed in their Duties, 1849 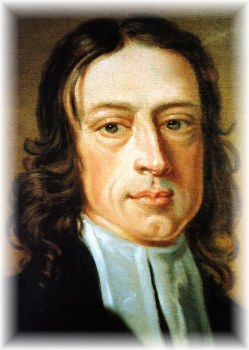 zoom
John Wesley 1703 - 1791, the founder of Methodism, who may have preached at Meldreth
anglicanhistory.org 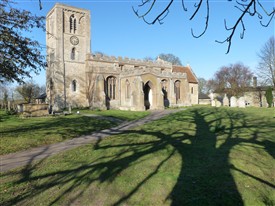 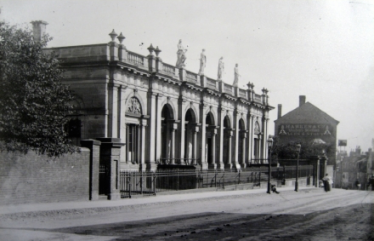 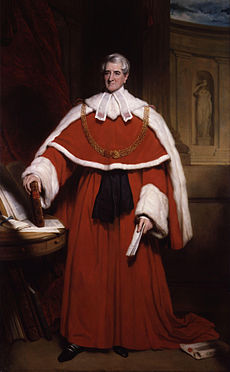 During the eighteenth and nineteenth centuries non-conformist religion took strong hold in Meldreth. Referring to the early days of the Wesleyan Methodists in Meldreth, the Rev. Thornton Smith, minister of the Wesleyan Methodist Chapel at the time of its closure in 1970, spoke of John Wesley’s association with Meldreth and Melbourn and letters in the records at Wesley House, Cambridge, which told of meetings at Meldreth. At one of these, which took place in a field in 1759, John Wesley preached to over 4,000 people.

Against this background of growing disenchantment with the established Church, the Cambridge Independent Press reported (on 14th July 1849) and under the headline ‘Meldreth Church Rates’, the following case, heard at Cambridge Quarter Sessions on Monday 9th July 1849:

‘William Jarman and Janus Wright, two constables of Melbourn, Dissenters, were indicted for having, on the 2nd of April, refused to execute a warrant signed by Biscoe Hill Wortham, Esq., a magistrate, directed to the constables of Meldreth, and all other constables of this county, requiring them to bring the sum of seven and a half pence due for Church rates, and 14 shillings costs, upon the goods and chattels of Andrew Wright, a Dissenting Minister, of Melbourn.’ The rate had been levied by Holy Trinity Church Meldreth against Mr Wright who had property in Meldreth.

Note: The church rate was a tax formerly levied in each parish in England and Ireland for the benefit of the parish church. The proceeds helped pay for the cost of church services, repairs and clerical salaries. The rates were recoverable in the ecclesiastical court, or, if the arrears did not exceed £10 and no questions were raised as to the legal liability, before two justices of the peace. The church rate was a personal charge imposed on the occupier of land or of a house in the parish and, though it was compulsory, there were frequent problems with collection. This was especially so in the case of non-conformists who had conscientious objections to supporting the established Church (of England). Resolutions were passed protesting against the rate and societies to abolish the church rate were formed all over the country. In 1836, at a public meeting in London, a central committee, the Church Rate Abolition Society, was formed. Eventually, in 1868, the Compulsory Church Rates Abolition Act became law.

At the Cambridge Quarter sessions ‘Jarman’s case came on first. Mr. Metcalfe appeared for the prosecution; Messrs. Worlledge and Sanders for the defendant. Mr. Cooper was attorney for the prosecution; Mr. Adcock for the defendant. The trial was, course, marked with that feverish excitement which always attends cases of this sort, and which particularly showed itself in the manner of the witnesses, the parties, and, to some degree, the spectators. The Court was not particularly crowded. It appeared that the affair occasioned a riot at Melbourn when the warrants were attempted to be executed, which will be the subject of an indictment at the Assizes. Mr Metcalfe addressed the jury for the prosecution. It was an indictment that they very seldom heard of at all, particularly at the Quarter Sessions. It appeared to him (Mr. Metcalfe) to be a question of very great importance, quite unconnected with the question of the Church rates. It was simply this: whether a person having been duly appointed to the office of constable shall, whenever it suits his purpose or his inclination, be at liberty to say, “Oh, on this occasion I shall not act,” and to refuse to execute the duties of his office. He would show that the defendant  had been properly appointed, that the warrant had been delivered to him, that he was called upon to execute it, and that he not only neglected, but that he positively refused to execute it.’

‘Consider what state society would be in if every constable was at liberty to act that way. In the case of a lost sheep, or a lost horse, the constable might say,” Get it in the best way you can” and when he received the warrant to recover a sheep that was lost, he might say, “Oh no, I have got something else to do, I have got to dig a field,” or something of that sort. Many things might arise, and every thing showed the importance that a constable should fulfil his duties…….’

‘The facts of the case were these. On 29th June 1848, a Church rate was made, in which Mr. Andrew Wright, a Dissenting Minister, of Melbourn, was assessed at the sum of seven and a half pence. Mr. Andrew Wright refused to pay the rate. If persons professing to teach morality acted in disobedience to the law, what idea must their flocks have? Though the sum was only seven and a half pence, the next sum refused might amount to £10 or £50. They were obliged to levy in this case, otherwise they could not enforce any future rate. The Collector was bound to get it in. A summons was issued, an order made for the payment, together with 14 shillings costs. Payment was again refused, and a warrant of distress was issued. The learned gentleman then represented to the jury that there was a difficulty in executing the warrant: that Mr. Wright’s house in Meldreth was in a state of siege ; that Knowles, the Sheriff’s officer, accompanied the constable; that in consequence of their not being able to execute the warrant, this and two other warrants were passed into the hands of the defendant and two other persons, constables of Melbourn, in which parish Mr. Wright had property. The defendant went away for a short time and soon afterwards returned and said, “I shan’t execute the warrant, I’ll run the risk of it.” The learned gentleman concluded by saying the only question was, whether the defendant did or did not refuse to execute the warrant. He added that during the confusion the warrant fell and it was snatched up by the people and destroyed.’

‘Mr. Metcalfe then produced his evidence. Amongst others, he proceeded to call into the box, Mr. Andrew Wright, the Dissenting Minister, who said he considered the church unscriptural, and therefore refused to pay the rate. On his cross-examination by Mr. Worlledge, he said that there was, besides what things there were in the house, a dog in a kennel, some pigeons, and some fowls at Meldreth, which he thought would have produced sufficient to pay the seven and a half pence and 14 shillings costs. He had given no orders to oppose the levy. Samuel Knowles, the Sheriff’s officer, was called by Mr. Metcalfe. After giving evidence of his endeavouring to execute the warrant, of handing it over to the defendant, who refused to execute it, he described, under cross-examination, the confusion of the scene. His impression was that the defendant was afraid and dared not execute the warrant. He also stated that, after the first warrant was destroyed, another warrant like it was issued which he had executed and that had levied under it, upon the goods of Mr. Wright, the seven and a half pence and 14 shillings costs.

Mr. Worlledge then addressed the jury. He did not know that  he ever rose in any former case to address the jury with so much pain as he felt on the present occasion. Before he went into the merits of the case he would first inquire what was the origin, what the motive, what the spirit, and object of this prosecution. The dispute was respecting a trifling sum. No wrong had been done any man; the Church had got its seven and a half pence; Mr. Burr, the churchwarden, had got his 14 shillings costs. What then could be the prosecutor’s conceivable motive for carrying on this prosecution and taking up the time of the jury for a greater space than he ever remembered the sessions extended to before? On the bench which summoned Mr Wright there were three clergymen and only one lay magistrate. (The Chairman here said he could not allow these observations to have any effect upon the jury. It was known that there was great difficulty in finding laymen in this county qualified to fill the office of magistrate; and therefore the proportion of the clerical magistrates upon the Bench was necessarily large)……’

Mr Worlledge continued: ‘The Chairman had said “It was difficult to find persons qualified to act as lay Magistrates for the County,” but he (Mr. Worlledge) apprehended it was better for the clergy not to interfere, and he thought it would be better follow the example of the County of Buckingham, where, he understood, the clergy refrained from interfering in these matters. Now then, he (Mr. Worlledge) would satisfy the jury that the defendant had not contemptuously refused to execute the warrant. Why was it not executed in the parish of Meldreth? Course (the Meldreth constable) was very unwilling to execute it and was glad enough to get rid it, though he held it from the 27th to the 30th of March. He was just as liable to be indicted as these people. He had as much authority to execute it at Melbourn as they had, and it was most indelicate and unfair to require the Melbourne constables who were Dissenters, to enforce the levy against their own Minister… It was a Meldreth question and why seek to execute the warrant at Melbourn? It appeared from Knowles’ evidence that there was a great riot, which had the effect of frightening the constables. It was their duty, if possible, to allay the tumult and it would have been most injudicious to attempt to execute the warrant…Mr. Worlledge said that the constables were frightened and did not know what to do. If they acted to the best of their judgment they were not guilty of this charge. It was for the jury, and for them alone, to say whether the defendants were guilty or not, notwithstanding the defendants had been threatened with six months’ imprisonment.’

‘The Lord Chief Baron, who administered the law with much mildness (indeed some people thought with too much mildness), declared that he would never lend himself to harsh conviction where no harm was done. He (the Lord Chief Baron) said it was far better, instead of inflicting punishment where there was no evil, to let the accused go scot free. He (Mr. Worlledge) would venture to say there was as much goodwill between Mr. Wright and his congregation as there was between some pastors of the Established Church and their congregations…’

‘The learned gentleman then recapitulated his principal arguments. He called upon the jury to do their duty and to send the defendants back their families, seeing that they had done no harm, rather than by convicting them to embitter the feelings of the Dissenters. The Chairman summed up, the jury retired to consider and, about an hour afterwards, came again into court and returned a verdict of “Not Guilty.” The case against the other defendant, James Wright, was then proceeded with. Mr. Metcalfe addressed the jury and went on with the evidence but failed to prove the delivery of the warrant to the defendant, in consequence of which the prosecution broke down and the defendant was acquitted. Mr. Metcalfe applied to the Court for the allowance of costs. The Chairman said the Court would consider it.’