You are here: HomenextTopicsnextOrchardsnextMeldreth Orchards in the 1960s

Meldreth Orchards in the 1960s 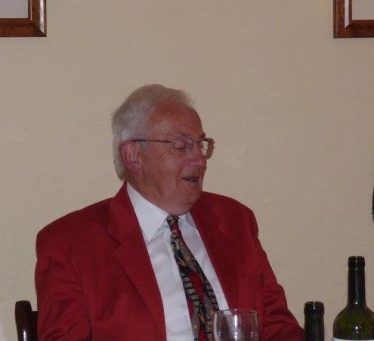 The Rise and Decline of Fruit Farming at Chiswick Farm (4 min 29sec)
A transcript of this audio file can be found at the bottom of the page. 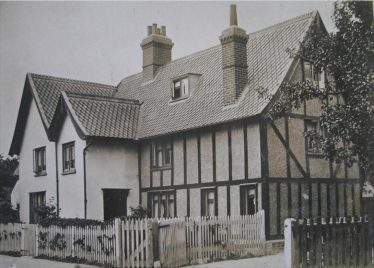 Chiswick Farm was owned by the Dash Family who lived at Westacre, Whitecroft Road. The farm was approximately 100 acres, spread around Mettle Hill and Chiswick End.

The season started at the end of July finished towards the end of October. The first plums were called  Early Rivers grown in a top field on Mettle Hill called 8 Acres.

As in years gone by the pickers arrived at 8.00am. These included Ern Dash, David Baker, Ann Saunders, Peter Smith, Violet Webb, Sid Butler, Bill Wing Jnr, Harry Jude and Keith Fletcher who would pick the fruit when he was not captaining the England and Essex cricket teams during the cricket in the 1960’s!  Basil Dash would use the clapper boards to scare the birds during picking

Terry recalls the fruit pickers would prepare the orchard with boxes and ladders. The weighing up of the fruit was at the end of the day. The fruit would then be packed up at Wooderson’s (later to become Hollands Wholesale Co site behind Chiswick End ). Their lorries would take the fruit directly by road to Covent Garden market in London.

An example of some of the weights of fruits picked on September 9th 1963.

The pickers were all on piecework seasonal wages. RAF people from Bassingbourn were also employed. Some local pickers brought their children as well. They were all very competitive and a few arguments and fights would ensue.

12lb trays of plums in one day.

Examples of weights transported in one shipment.

In addition there were greengages and pears.

In the early 1960’s there was no soft fruit in the orchards in Chiswick End as in previous years, possibly due to the early formation of the Common Market in 1958. At one point the Government were giving orchard owners a 100% grant to pull out their trees and set fire to them to free up the land for other winter crops. This certainly happened to the orchards on Mettle Hill.

In 1963/64 there were only 2 regular workers kept on at Chiswick Farm, Ern Dash did the pruning plus sawing of logs in the winter and Harry Jude did the spraying.  Harry and Ern were traditional pickers with many old fashioned ways, but very efficient. Terry Dash, being the owner’s son, did the grass cutting on a tractor mower. Later Terry took on the management of Chiswick End farm. In the summer he would help with the weighing up of the fruit.

Finally when the Common Market was fully established in 1973, with all its rules, it became too difficult to grade all the fruit to the Common Market specifications. Picking fruit was too labour intensive and it was difficult to find pickers as the locals did not want seasonal jobs any more. Mainly because they were in full time employment elsewhere. So Chiswick End Farm became an arable farm run by Terry Dash.

Transcription of the audio file above

There was approximately just over a hundred acres.  It was all top fruit, apples, pears, greengages, plums.  The routine of the year was in the Winter it was pruning and just general care of the orchards.  If the weather was bad there wasn’t a lot to do apart from sawing logs up and general maintenance but then once the Spring came, Harry Jude used to do the spraying and I would do the grass cutting and on a hundred acres it meant quite a lot of grass so by the time I’d got round the whole orchards it was time to start again.  Of course it was very hectic at fruit picking time.  I used to do all the weighing up of the fruit and stack them on to a low loader trailer then bring them down the farm or wait, we used to have a lorry come from London, belonged to Alfred Woodson who originally had the cold store where Hollands was but he would send a lorry down every day to pick the fruit up so I would hang around at the end of the day waiting for the lorry to come and load it up with fruit and off it would go to Covent Garden.  And of course then it was free and easy and if there were leaves in the tray and bad plums nobody bothered with it but of course all that changed later on.  Of course in the Summer we used to have lots of freelance pickers.  Several came from the Atlas when they’d finished their shift work and come down there but we had a load of pickers from RAF Bassingbourn and I used to go and pick some of them up to bring them down and they’d all come down with their kids and toys and it was absolute bedlam in the orchards and some of them would get fighting because somebody got a better row of trees than another and so there was never a dull moment.  But we grew some really top class fruit, the Victoria plum trees and the Early Rivers, Czars, Pershore and of course we grew some magnificent Bramley apples also some Cox’s.  There were a few Cox trees over Mettle Hill but they didn’t seem to grow too well on that ground.  We had Earl of Derby, Worcesters, Newtons, Pearl, George Cave, Lambourne, all sorts of varieties and it was a very nice fruit.  And also I used to take some down to a company in Cambridge called Pordage.  They were based near Brooklands Avenue junction with Hills Road.  Load up the A45 green pick-up truck and go down there with the axle very nearly touching the ground!  I remember many, many trips down there.  (Terry is asked when the decline set in). When we went into the Common Market I can’t quite remember which year it was but that really started it off and then all this grading business came in where every apple had to be the right size and quite honestly we couldn’t cope with it, we weren’t geared up for it at all. Prices plummeted and I can remember towards the end tipping boxes of apples away because it just wasn’t worth sending them to London.  So we decided with the Government giving one hundred percent grants to pull all the trees up, we got a couple of contractors in to pull all the trees up and I remember when the fires were up Mettle Hill there was such a blaze that all of the people from West Way came up and stood on the top of Mettle Hill and watched the fires burning, it was quite a sight.  It was very sad too because there was some wonderful fruit trees over Mettle Hill.  It was quite emotional really.  I didn’t feel so emotional about the trees being pulled up in Whitecroft Road but there was something about Mettle Hill that they had been there so long.  Anyway it all became an arable farm and I worked it on my own.