You are here: HomenextTopicsnextFiresnext1959 Fire 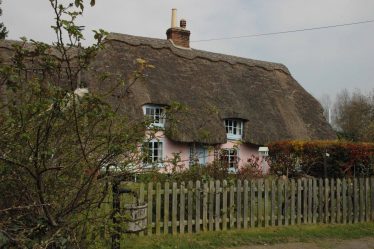 zoom
Orchard Cottage, Station Road. Was this the scene of the fire?
Photograph by Kathryn Betts, March 2011

The following report appeared in the Royston Crow on 23rd January 1959. Although the report refers to “Rose Cottage”, it is believed that the fire was in Orchard cottage (pictured) as that is known to have been the home of Joan King (nee Pepper) who is mentioned in the report below and whose memories are on this website.

One of Meldreth’s old and picturesque cottages, Orchard Cottage was damaged by fire on Sunday morning when a beam through the old chimney suddenly burst into flames.  Had this happened at night when the occupants, Mr. A. Pepper and his daughter and son-in-law, Mr. & Mrs. S. King, were asleep there might have been tragic consequences, so quickly did the flames run along the old floor boards.

Royston and Cambridge Fire Brigades were soon on the scene. The Royston crew were able to cope with the flames but were of the opinion that had the outbreak not been noticed so quickly the old cottage would have been completely destroyed.

The damaged beam and floorboards were cut away and it was most interesting to find that on the piece of charred beam was the date of the cottage – 1662!

The furniture from the rooms was saved and other damage is, we understand, covered by insurance.  It was only recently that the cottage had been re-decorated, now it will need very extensive repairs.