Murder at the Gables: Frank's life after the murder 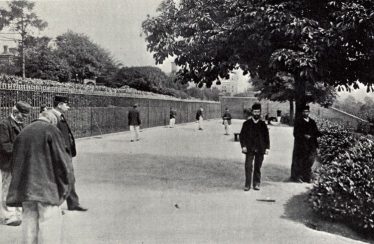 zoom
The Terrace at Broadmoor, c. 1908. The patients are wearing the distinctive Asylum clothing of dark blue jackets and grey trousers. Their clothes and shoes were made on site.
Berkshire Record Office

zoom
An Extract from the Broadmoor Admission's Record
Ancestry.co.uk 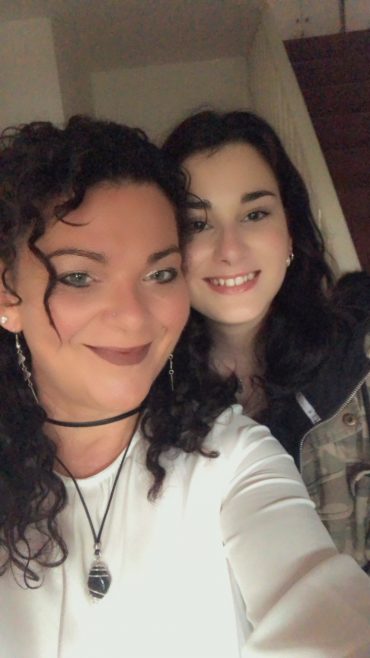 In 1904, Frank Rodgers made headlines around the world when he shot and killed his mother at their Meldreth home; the Gables in the High Street. The family had moved to Meldreth from London about eighteen months previously. A number of pages on this site give further details of the tragedy.

Frank is Sent to Broadmoor

Frank was found guilty of murder, although he was deemed to have been insane at the time of the shooting. The Judge ordered Frank to be sent to prison and he was admitted to Broadmoor on 9th June 1904. The “c” above his name in the admissions log (below) indicates that he was a child.

Known as Broadmoor Criminal Lunatic Asylum, the first patient, a female found guilty of infanticide, had been admitted there in 1863. It was not until 1948 that Broadmoor ceased to be a prison and officially became a hospital. However, in the early years of the twentieth century prisoners like Frank, who was soon placed in “Block 2” at the asylum, were treated well and were looked after.

According to Kate Summerscale in her book, “The Wicked Boy” (whose subject, Robert Coombes had also murdered his mother), Frank played cricket at Broadmoor. He also took up the violin, practising four evenings a week over winter, and played in the string band. He was a voracious reader, learnt to play chess and taught himself French and shorthand.  Kate writes, “Frank’s father sent him hampers containing oysters, French bread, cuts of rabbit and pork, bottles of Lea & Perrins Worcestershire sauce and copies of the Boy’s Own Paper”.

According to Summerscale, Frank’s father applied to the Home Office in 1905 asking for him to be conditionally discharged. At first this was refused, but the following year it was agreed that Frank could be released and entrusted to his father’s care.

According to the Broadmoor records, Frank was discharged on 22nd December 1906 when he was deemed to have “recovered”.  However, newspaper reports from two years later (including the one from the Cambridge Independent Press, shown on the right) give Frank’s release date as December 1908, citing that he had been released by order of the Home Secretary. The reason for the discrepancy in the dates is not known but perhaps it was felt best that his early release should not be made public.

In October 1909 in London Frank married Christiana Cross, who was from Bath in Somerset. Frank’s father, William and his uncle were witnesses at the wedding. The couple went on to have two children, Doris Christiana or Christine born in London in 1910 and Leonard Alexander born in  Wales in 1915 (see below).

In 1929, the Metropolitan Police requested information on Frank’s service record, stating that Frank, using the alias of Frederick John Roberts, had been remanded at Marylebone Police Court until 26th July 1929, on a charge of larceny and receiving.

Onn 21st October 1914, whilst living in Bath, Frank signed up for military service in Newport, Wales.  To the question, “Have you ever been sentenced to Penal Servitude or Imprisonment by the Civil Power?” he answered “no”.

According to his service record, Frank was 5 feet 10 1/2 inches tall, weighed 138lbs, had a sallow complexion, brown eyes and brown hair.

Frank served in the Royal Garrison Artillery, under no. 47019 and had an exemplary service record until his discharge in 1920, being described as “honest, sober, hard working and intelligent”. He was promoted to Acting Sergeant on 30th September 1915 but relinquished this appointment upon returning from overseas in 1918. Many of Frank’s records can be viewed online at Ancestry, including letters written by him and his wife.

In 1911 Frank’s brother William married Mary Heath Widger in Kensington, London. Frank was a witness at the wedding.

Robert married Ida Lydia Stephens in Streatham, London in 1921. He died in Surrey in 1984.

Henry was the only one of Frank’s siblings not to marry. He served in the Royal Air Force (or Royal Flying Corps as it was then) during WW1, signing up in 1916 at the age of 23. He gave his next of kin as his sister, Winifred. He was discharged on 26th June 1917, his services no longer being required as he had been offered a temporary commission as 2nd lieutenant with the Royal Warwickshire Regiment. Henry was killed in action on 3rd or 4th October 1917 in France. The record of probate from November 1917 describes him as being “of Perth, Western Australia”. Probate was granted to Laurance Rupert Woods, manufacturer and Winifred Woods [Henry’s sister] (wife of Laurance Rupert Woods). Effects £318 12s 6d.

It was for his sister Georgina’s sake (who was known as Queenie) that Frank said he had murdered their mother. Queenie was in her sixties before she married for the first time, marrying Charles Alexander Bullivant in 1961, shortly after the death of his first wife. However, seven years earlier, in 1954 they travelled as man and wife on an extended trip to Australia, travelling on the Jason departing Liverpool on 14th May 1954 and returning on the SS Potosi from Sydney to Liverpool, arriving back in the UK on 20th February 1958. Charles Bullivant died in 1969 and Queenie died in 1982.

Leonard was born on 5th March 1915 in Bedwellty, Monmouthshire, Wales. He married Margaret Oxley in Taunton, Somerset in 1937. On his marriage certificate he gave his occupation as a soldier. He later became a painter and decorator. In October 1945, Margaret and Leonard adopted a ten-month old son whom they named Michael Leonard Rodgers. Sadly, Leonard died in 1953; he had a splinter which became infected and subsequently led to his death from sepsis. Michael was just eight years old.

Michael died in 1984 at the age of 39 years old. At the time of his death he was an inpatient at Tone Vale Mental Hospital in Taunton Deane, Somerset. He was found in the grounds with severe head injuries following a fall. It was concluded that his death was an accident.

We can only speculate as to whether Frank’s extended family knew of the tragedy that had occurred in Meldreth in 1904.

For more details on Frank’s extended family, please see this extract from the Rodgers/Robson family tree.

With thanks to Alan Williams for the research he carried out into this case and to Ruth Rodgers for providing information Leonard Rodgers and his descendants.