Murder at The Gables 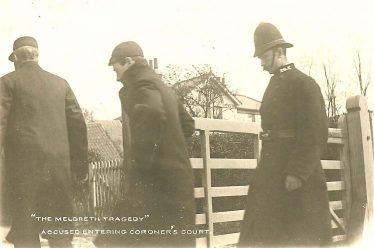 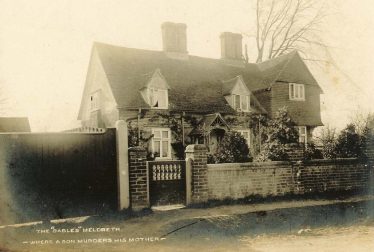 The family had moved to Meldreth from London about 18 months previously.  William Alexander Rodgers was a solicitor.  He married Georgina Robson in 1881 and they had the following children: William George (born 1883), Winifred (born 1887), Frank (born 1889), Robert Alexander (born 1890), Henry Frederick (born 1893) and Georgina Marian, known as Queenie (born 1898).

It seems that Frank had always had a good relationship with his mother, and in fact was considered something of a “mother’s boy”.  However, their mother had been drinking heavily for several years and because of this the home life of the family had become very difficult.

Frank, who just a few month’s earlier had saved his mother’s life, appears to have said very little about the murder, except that, “it is for Queenie’s sake, she cannot live the life she has for the past two years”.

Frank was convicted of “wilful murder” by the Jury who declared him to have been insane at the time.  They reached their decision in under 4 minutes and without leaving the box.

The Judge ordered Frank to be sent to prison and he was admitted to Broadmoor Criminal Lunatic Asylum on 9th June 1904.

What happened to the family?

For information on Frank’s life after his release from Broadmoor and for news of the rest of his family after the 1904 tragedy, please see the separate page on this website.

Did the story inspire a novel?

In 1908, Headon Hill’s novel, “The Hidden Victim” was published.  The central character, who was facing a charge of murder, was named Royston Meldreth.

Please click on the link below to view an extract from the Rodgers/Robson family tree.