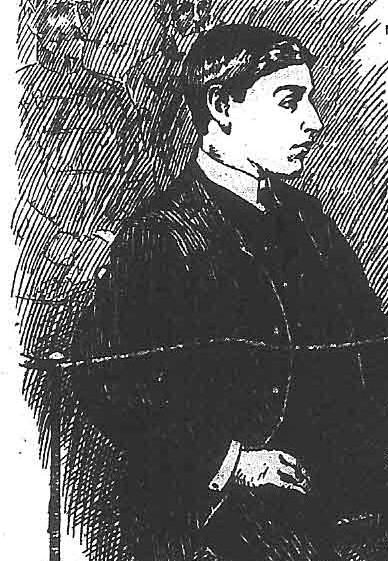 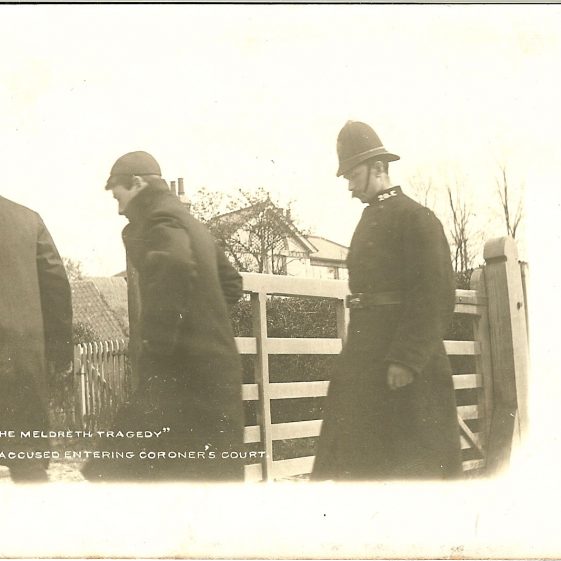 This is how the court case was reported in The Herts and Cambs Reporter and Royston Crow:

The details of the terrible occurrence which took place at the Gables, Meldreth, on the 12th April, are still fresh in the minds of most persons, and it will be remembered with what horror one heard the story of how young Frank Rodgers with a revolver took the life of his mother.  The facts revealed at the inquest and the magisterial hearing appeared to excite the sympathy of the whole countryside for the lad, who committed the deed under most painful and trying conditions of the family circle, as related in the evidence at the Melbourn Petty Sessions on April 25th.


The last phase in this sad affair commenced this (Friday) morning, when the accused was placed in the dock at the Shire Hall, Chesterton.


There was a full Court including a number of ladies who were seated in the Gallery.


The lad, Frank Rodgers, on entering the dock, presented very much the same appearance as at the magisterial inquiry.


In reply to the usual question the prisoner answered in a low voice “Not guilty.”


Mr. H. St. J. Raikes, for the prosecution outlined the facts of the case and said the question the jury had to be satisfied of was whether the boy knew the quality of his act or the difference of right or wrong.


The first witness to be called was Winifred Rodgers, the sister of the prisoner, who gave her evidence very clearly and distinctly, it being substantially the same as at the Magisterial inquiry.  It related how her brother Frank came into the room on the evening of April 12th after supper with a revolver in his hand and said “I have shot her, I think its for the best,” “I did it for Queenie’s sake, she cannot live the life she has for the past two years.”


The next witness was William George Rodgers, brother of the prisoner, aged  21 years, who gave his evidence as to the strange actions and behaviour of the accused on several occasions.

Dr. Ennion gave similar evidence to that at the inquest and magisterial inquiry, and said the accused lad (Frank Rodgers) behaved in a particularly unnatural manner.  The day after the occurrence he said to me, “After we came home from Mr. Medlock’s we had supper together.  After supper I went upstairs and got the revolver.  I came down and went into the breakfast room with it and I then felt an impulse to shoot my mother, but I refrained and came out.  The impulse came again and I went back to the room and a voice distinctly told me to do it quickly.”  He did not remember pointing or firing the pistol.  He felt giddy and said he only remembered hearing a muffled report and stumbling against the door.  He told me that for two or three months he has constantly thought his mother appeared behind him and looking over his shoulder has caught a glimpse of her.  She has then disappeared.  This was his own voluntary statement to me in the Court after the first remand and whilst he was awaiting his removal to Cambridge.

Charlotte Elizabeth Thurley, landlady of the British Queen, Meldreth, Police-Sergt., Salmon and Superintendent Wilderspin; having given their evidence, the case for the prosecution closed.


At about 11.30 the case for the defence opened, the first witness called being Dr. Percy Smith, specialist for mental diseases.  He said accused’s residence with his mother would exercise strain on his mental faculties.  He used expression to him that “there was no other way out of it.”  He considered there were other greater influences than of passion to account for the deed.  It was not an act on impulse, but considered before-hand.  At the time of the act witness thought the prisoner thought he was doing right.


Dr. Charlton Bastian said that all that had been said would show that the boy’s mind was perverted and altered on April 10th.  He was undoubtedly of unsound mind.  He spoke of the death of his mother unemotionally.  His idea of putting an end to family trouble showed a narrowed mind that was not capable of judging right or wrong.

James Walter Rodgers, deposed to the strangeness of the boy’s mind, and the father spoke of the affection existing between mother and son.


Mr. F. Low at 12.30 commenced to address the jury for the defence, and in a quiet but forcible speech impressed upon the jury the fact of irresponsibility.  Counsel concluded his speech at 12.50.


The Judge then commenced to sum up and concluded at 1.20 p.m.

The Jury, after conferring together only four minutes, returned a verdict of

But that prisoner was insane at the time.


The Judge ordered the prisoner to be detained during His Majesty’s pleasure.