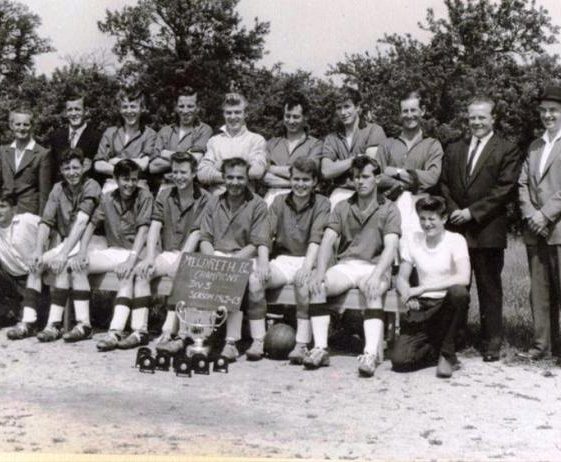 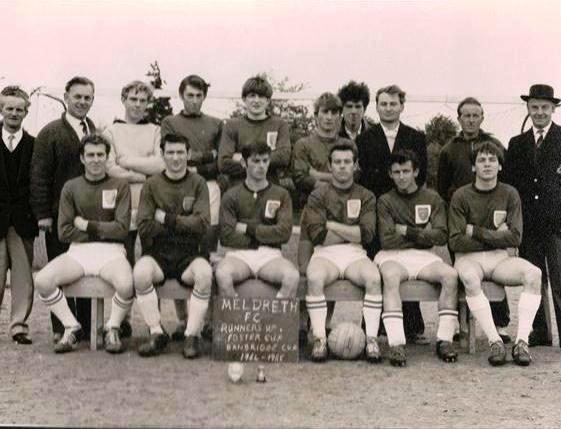 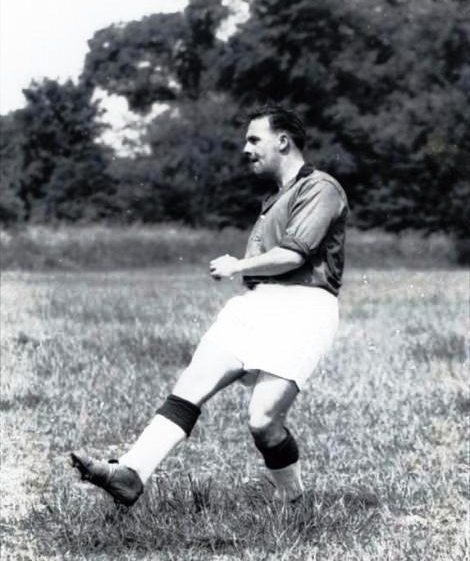 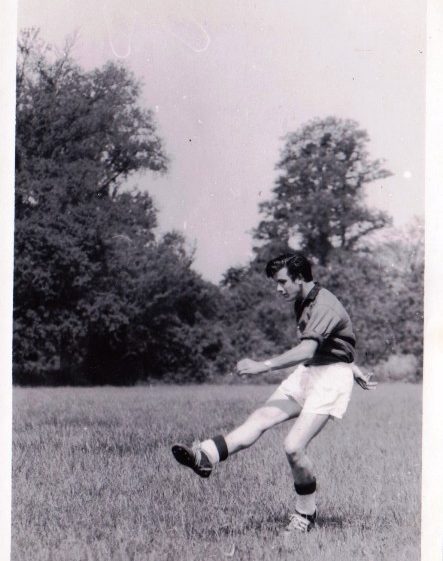 By now, Meldreth were playing matches on the new recreation ground which had been officially opened in 1958.

They did not finish their 1959/60 season with much success, their heaviest defeat being a 2-12 loss to Comberton in January, however by the end of the year they had turned their game around and won most of their matches, recording some high scores.

They also beat Newton 6-0 in a Bambridge cup match which was reported in the Royston Crow on 9 December 1960 as follows:

Meldreth struck their best form in this Bambridge Cup match on Saturday.  Third Division Newton have a reputation of being a hard team to beat but they were well beaten on their own ground by a very good Meldreth side under very bad conditions.

Meldreth were quick off the mark and moving the ball well and were dangerous from the start but the Newton defence held firm until Rogers rounded the backs and opened the score. Both Lord and Hunt were crossing the ball and it wasn’t long before Rogers added another. The visiting half backs held the midfield and Newton could not get through often, but when they did, Plumb and Gooch were equal to the occasion.

Rogers completed his hat trick before half time and almost added a fourth with a shot on the post. Half time Newton 0 Meldreth 3.

Contrary to expectations Newton could not raise their game with the favourable wind and it was Meldreth who continued to dominate the play.  The inside forwards carrying the attack forward and the wingers crossing the ball time and again and from a good movement Lord scored. Newton tried all the time and midway through the half Jude made several fine saves but the visitors continued to press. Lord added another and Pammenter scored number six from a Rogers’ back heel to complete the scoring.

A fine display by Meldreth with every player giving his best. Newton deserve mention for a hard fought sporting game.

The team were 2nd in Division 4A.

The team were 5th in Division 3A

This was a good year for Meldreth resulting in the team becoming champions of Division 3.

On 19 April the Crow reported as follows:

These results have put them top of Division 3 (Cambs.) and boosted their goal average. They have, however, some hard games to play to complete their season.

However, the team continued to play well and on 27 May the Crow reported as follows:

The Meldreth team have lost only 4 games in a long and arduous season but have played throughout with a fine spirit. Congratulations are due to them, the Club Officials and all members of the Club, playing or non-playing.  Meldreth were worthy champions of the division.

After winning the championship last season Meldreth were promoted from Division 3 to Division 2.

The season started well with the team winning most of its matches but towards the end of the season it was a different story with the team losing the last few games. Their biggest defeats were against Trumpington and Comberton where both matches ended in a score of 10-0 to the opponents. However they redeemed themselves in the last game of the season by beating Elsworth 5-0 with Mick Rogers scoring a hat trick.  The match was reported in the 24 April edition of the Royston Crow as follows.

Meldreth played their last home game on Saturday and continued their end of season revival by beating Elsworth in a match that gave the team good experience for their Gransden Cup matches.  Elsworth are also in the competition. Having been beaten at Elsworth, Meldreth altered their tactics cutting out the opposing wingers and using their own to go round the defence.  Meldreth were the first to attack and the shot was a near miss.

Elsworth’s defence was good but quick tackling prevented the Elsworth attack developing.  John Chamberlain kept the dangerous left winger practically out of the game.  Meldreth were awarded a free kick.  Bob Telfer and M Rogers moved up and taking a short pass M Rogers drove a hard shot against the upright.  Elsworth came back and a good effort hit the crossbar but soon afterwards Meldreth scrored through M Rogers.  The visitors played good football but Meldreth were winning possession in midfield and pressing all the time.

At the restart Elsworth got on top for a brief period and only poor shooting prevented a score but in a quick raid Tony Andrews [pictured] scored from a G Goodwin centre and once again R Telfer and M Rogers showed how to score from a free kick to register the fourth goal.  A run up the left wing and a quick high ball and M Rogers completed his hat trick.  Meldreth have taken five points out of the last six with this win. Previous results not on record were Ct Chishill 2 Meldreth 2; Camden 0 Meldreth 3.

Meldreth deserved this victory, every player showing spirit and the will to win.  “No end of season dullness” about this game.

However, in spite of this, Meldreth only finished 7th in their Division.

Meldreth continued to have a mixed season resulting in the team coming sixth in Division 2A. However, they were very successful in both their Bambridge Cup and Foster Cup matches and were runners up in both competitions.

On 24 December 1964 the Crow reported on the second round of the Foster Cup with Meldreth beating Duxford 5-0. This report is set out below but unfortunately there were no reports of subsequent matches leading up to the semi-final and final.

In the second round of the Foster Cup Meldreth visited Duxford and after a tough first half when only one goal was scored, finally ran out winners by five goals to nil. Duxford are a very big side and Meldreth soon found that the centre was a dangerous place to be, so they used both wings to make ground and both left and right crosses came over but were somehow scrambled away. Generally speaking the Meldreth defence were never in serious trouble except in isolated cases in one of which they hit the upright but although the visitors always held the initiative, the forwards could not score until finally in a goalmouth scramble, D Chamberlain netted.

The second half was quite different; Meldreth kept up pressure and once again hit the post. G Rogers netted number three for Meldreth then D Chamberlain added two more to make a personal tally of four and a match total of five.

Meldreth now meet Orwell FC many times winners of this cup. Strange thing is that in three cups and a shield competition, Meldreth have not been drawn at home this season.

The following account which appeared in the Crow on 16 April 1965, reported on the Bambridge Cup match when Meldreth beat Foxton Reserves to face Gransden in the semi-finals.

On Saturday last Meldreth visited Cherry Hinton in search of League points and without being unduly pressed won by six goals to one.  Playing good football and moving the ball well, they notched five goals in the first half and easing up in the second only added one more to the total.  Scorers for Meldreth, M Rogers 3, T Dixon 2 and D Chamberlain 1.

On Tuesday Meldreth moved into the final of the Bambridge Cup by beating Foxton Res. In a scrappy game by two goals to one.  Meldreth scorers being M Rogers 1 and T Dixon 1..  Their semi-final opponents will be Gransden.

The team were 6th in Division 2A.

From 1965 to 1968 no football matches were reported in the Royston Crow but we do know the Club’s position in the League Tables which show that they obviously had a poor season in 1967/68, as they dropped from Division 2A to Division 3A. Unfortunately this pattern continued for the remainder of the 1960’s with the team finishing 12th in Division 3A in 1968/69 and last in Division 3A in 1969/70.

With thanks to the Royston Crow and Royston Museum for allowing us to use this information.