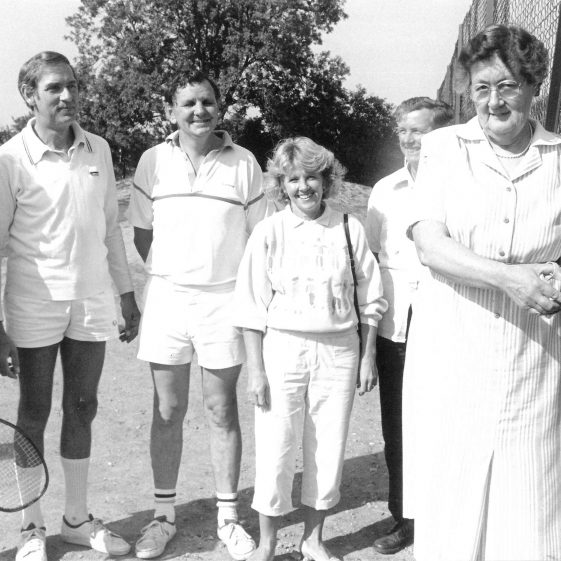 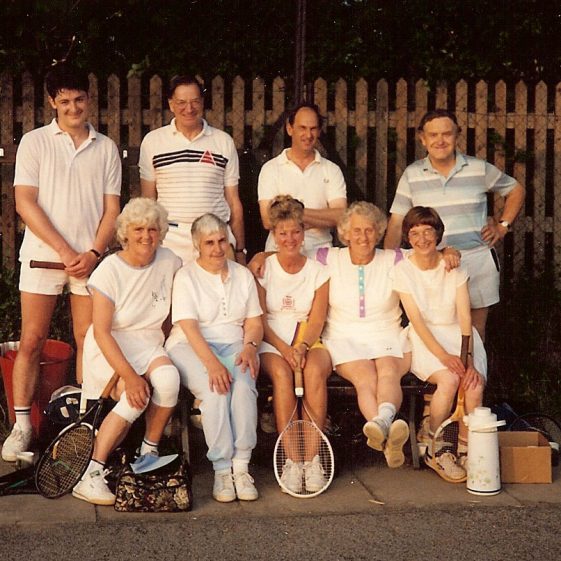 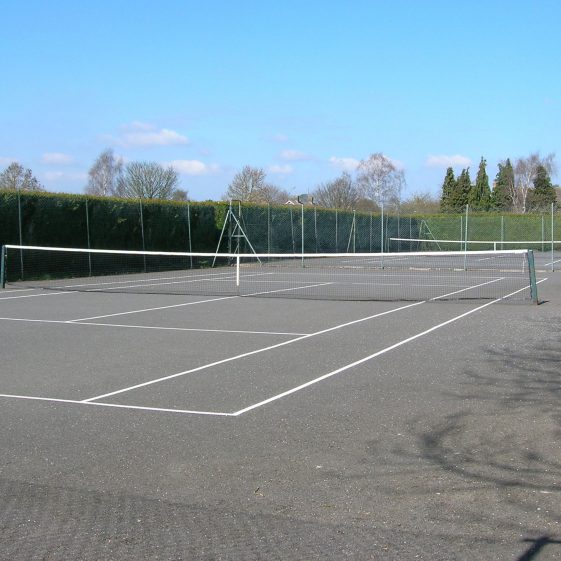 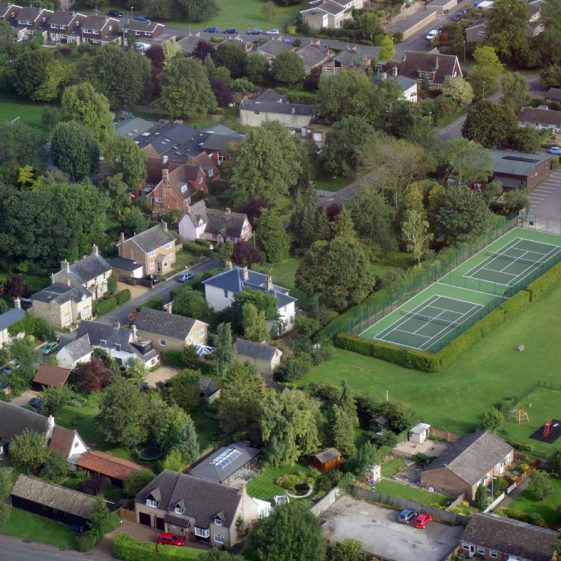 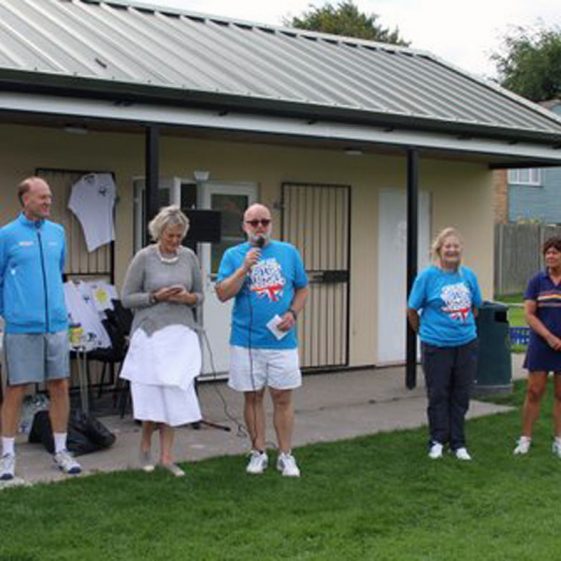 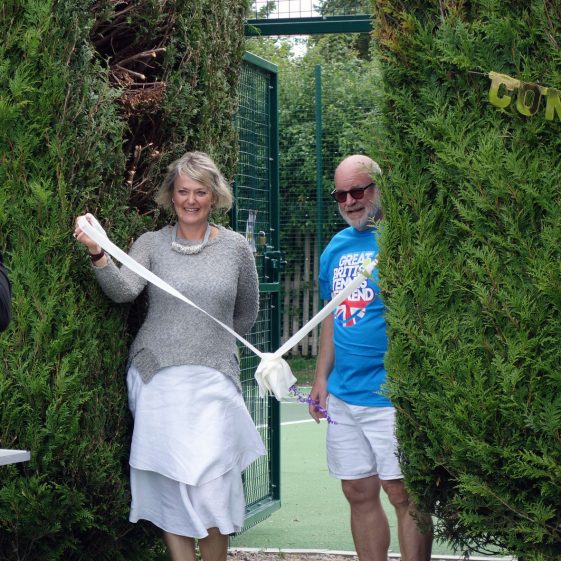 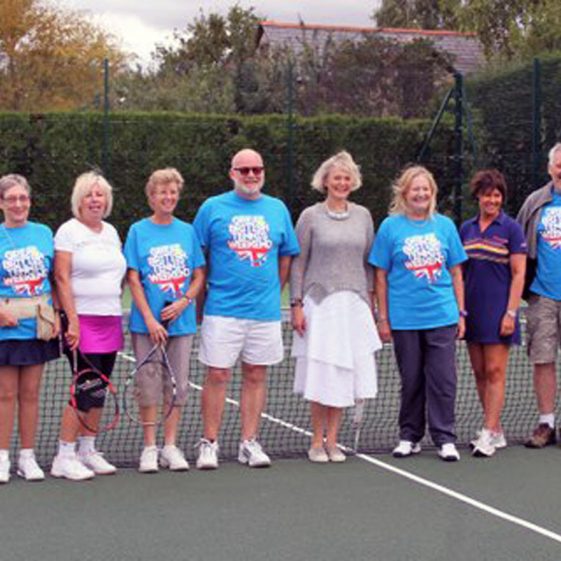 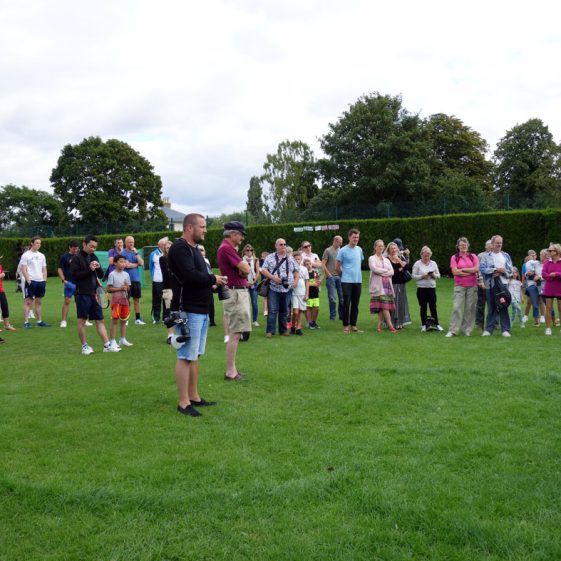 People at the opening of the newly refurbished tennis courts, 12th August 2017
Photograph by Kathryn Betts 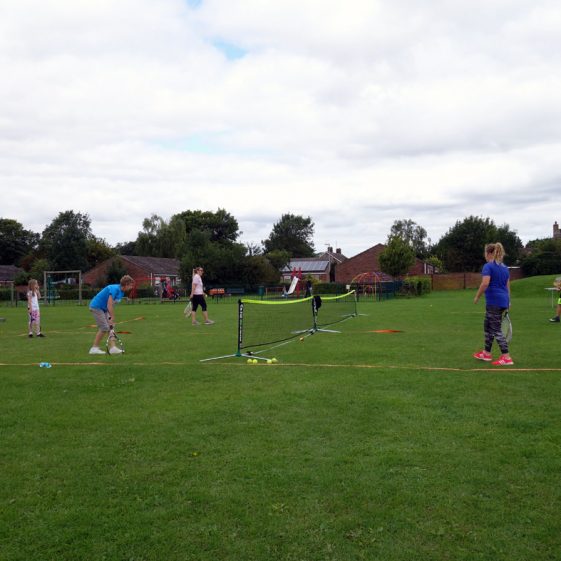 Activities on the recreation ground as part of the re-opening of the tennis courts, 12th August 2017
Photograph by Kathryn Betts 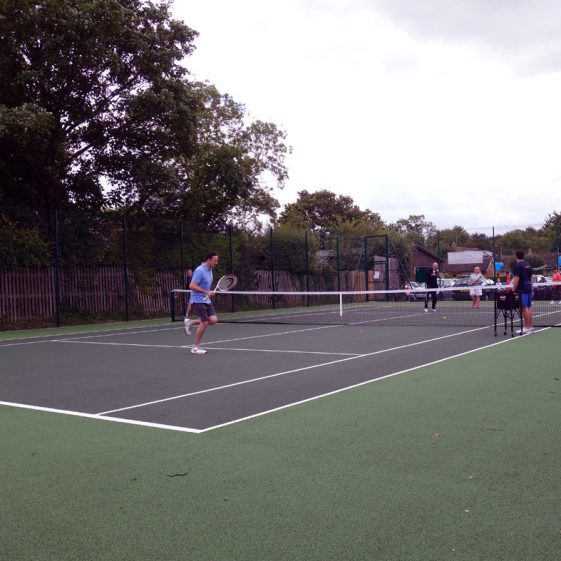 The re-opening of the courts, 12th August 2017
Photograph by Kathryn Betts

The Tennis Lawn Club at Meldreth was founded in 1970. Previously, anyone wishing to play had to use the tennis courts provided at the Melbourn Village College Sports Ground.

The possibility of a lawn tennis club in the village was discussed as early as 1926. At a meeting of the Meldreth Parochial Church Council (PCC) on 10th February 1926 the vicar, Rev. H H McNeice, said that he thought “we ought to do what we could for the young people and offered his meadow.” A small committee was formed consisting of Mr W Webb, R Webb and G Pearce, who agreed to meet in the vicarage meadow to decide on the most suitable place for a court. It was also decided to meet the young people at the church room on Monday 22nd February 1926 to talk the matter over with them. It was to be almost another 30 years before Meldreth got its first public court.

It was not until the early 1950s when the estate of the late Hubert Ellis was being sold, that the Parish Council purchased the land for the village recreation ground. By 1955 a hard-based tennis court had been laid on the site and was made available for public use. The court was kept locked and the key was held at the Post Office, where bookings could be made upon payment of a fee.  The court was reconditioned in 1968 at a cost of £250.

In the late 1960s those who had been using the Melbourn courts began to use the Meldreth court and it was decided amongst the players that it would be a good idea to form a Tennis Club. In the early 1970s, after discussion with the Parish Council, who fully supported the idea, six playing periods per week were allocated to the Club; the rest of the time being made available for public use. A committee was formed. The first Chairman was Tony Bonnington, the Secretary was Marion Oliver and Christine Gadd was the Treasurer. The Tennis Club was affiliated to the Lawn Tennis Association (LTA) until the 1990s when this was cancelled due to the high cost of membership.

In the 1980s, due to increased membership and because the Club wished to play in League matches and encourage juniors with a grass roots scheme, a second court became a necessity. Discussions took place with the Parish Council who supported the plan and offered some financial support. With lots of Club fundraising and an LTA loan, the second court was duly built and officially opened in September 1986 by the then Chairman of the Parish Council, Mary Course.

In 2017 the courts were extensively refurbished; they were resurfaced, with new fencing and new benches being added. The new courts were officially opened on 12th August 2017. Please see the gallery above for some photographs of the day.

The Club continues to thrive, holding internal Club tournaments (see the Roll of Honour) and entering teams into local leagues as well as holding five or six social sessions a week. In addition, the club holds a number of social and fundraising events throughout the year.

For further information on the Club, including details of the current playing sessions, please see our separate page or Meldreth Tennis Club’s website.