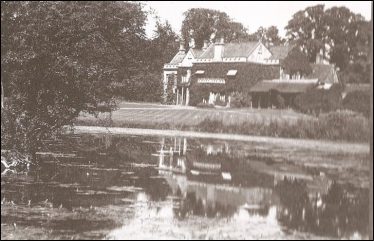 zoom
Source of the river at Melbourn Bury
Pictorial Melbourn 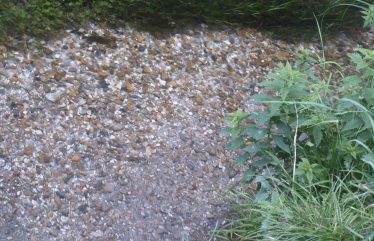 zoom
Base of the River
Bruce Huett 2018 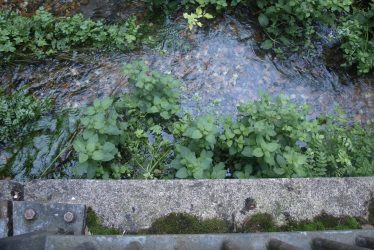 The Mel is a chalk stream about three miles in length. It is one of only 160 in England (and only 210 in the world). They are particularly attractive because they are often clear and reasonably shallow, therefore displaying, through the glittering water, particles of chalk and gravel on their base.

The Mel rises from springs at Melbourn Bury. This is because there is a juncture between the softer chalk on the southern hills and the harder chalk (sometimes called Melbourn Rock) that lies underneath Melbourn and Meldreth. The upper chalk holds the rainfall like a sponge and it is gradually released at the Bury and along the upper reaches. For instance, it can be seen bubbling up on the bottom at the entrance to the Melbourn Village College playing field.

The view of the lake at the Bury is particularly beautiful  as one comes along the drive towards the house and has been captured in several paintings, some of which are held by the previous owners of the house, the Hopkinson family.

Mr Hagger, Chairman of Melbourn Parish Council in the 1950s, quotes the flow of the Mel as “less than 2 million gallons per day”.

Because the water is filtered through the chalk it is particularly pure; a useful attribute for producing good clean water to support village life. This makes it particularly attractive to a wide variety of wildlife.