The River Mel: a short history 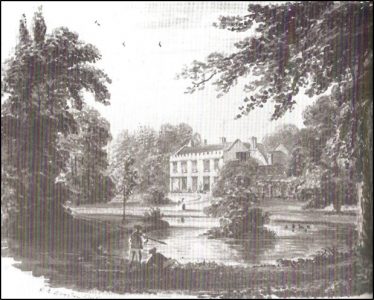 zoom
The Bury: Source of the Mel
Pictorial Melbourn

Chalk streams were formed about 10,000 years ago as the last ice sheets melted. The rushing water brought huge amounts of gravel down which now sit on their beds determining the rich ecology. Because they settled on flood plains they have never had sufficient energy to change their direction much over time, except through human intervention (and we have a mystery about a possible change in the course of the Mel, to be discussed later).

Early Human Encounters with the River

The hunter gatherers that were around when the rivers formed would have probably found rich pickings in the rather swampy terrain surrounding the river. There is no evidence for these peoples locally until the Middle Stone Age, around 10,000 BC.

Nothing is known about when this area of England first supported farming but many of the early civilisations were based around river systems ( for example, the Tigris and Euphrates and the Nile). Obviously the Mel was not on this scale but the hamlets which eventually formed Meldreth were clustered around the Mel, probably farming and grazing the slightly higher areas to the north west after they had been cleared of trees. First settlement probably happened around 3,000 BC. Flint tool production may also have been a local activity as an unusual amount of worked flint was found on a field walk near Chiswick End.

Most of the villages along the A10 are situated on the lowest gradients where the springs emerge. There are several springs still in Meldreth and these would have been a source of good fresh water. Later, pumps were installed and there is a good example of one (which is listed) by Mill Cottage in North End. There is a picture on the Listed Structures page. Although the village is low lying, flooding may not have been a serious problem in normal conditions as the river would have been running in a channel. The marshier areas may have been to the north along what is now Fenny Lane.

The Bury, on the Meldreth/Melbourn boundary, was probably an important site from very ancient times as it had control of the water source and also was located close to the main trackways: the Icknield Way, Ermine Street, Ashwell Street, Avenell Way and a recently discovered track running at right angles to New Road in Melbourn. It may also have been a spiritual location as were the springs at Ashwell. There are also important burial sites (tumuli and barrows) in the vicinity and meeting places close by: Goffers Knoll and Mettle Hill. Someone from Melbourn has told me that they were repeatedly taught in Melbourn Village College history classes that the Bury was a camp for Boudica. However, I can’t find any historical sources to support this.

Prior to the late bronze age water was used as a mirror, either a still pool or a large pot in the house.  It was the only way to see what one looked like!  This may have been a factor in spirituality associated with water from very early times.

Significant finds (5 shards or more) of bronze age pottery were found at a number of test pit sites in 2013 near to the Mel: around Topcliffe and close to the railway line.  Smaller finds were near Melwood.  The only other major find of bronze age pottery was on Whitecroft Road near the junction with the High Street.

Certainly we know that the Romans installed drainage systems in the Fens and there is evidence of Roman habitation around Meldreth so they probably also had a form of drainage/irrigation ditches around the pre-Meldreth hamlets. Some Roman pottery was found near the Mel during the test pitting with relatively small finds at Topcliffe, Flambards and near the railway line. Larger finds were found away from the Mel in other parts of the village.

Pottery finds from the test pits are also clustered mainly around the river for the late Saxon period (9th to the 11th century).

References in the Domesday Book

The Domesday book lists 9.5 mills on the Mel of which 1.5 was in Melbourn (probably Sheene, which is now on the boundary). It is possible that this figure related to the number of operative mill stones rather than the buildings.

Guy de Raimbeaucourt also owned half a mill in Melbourn.  The abbot of Ely owned the other one in Melbourn.

The River in the Middle Ages

The Bury, Trayles, Sheene, Flambards, Topcliffe and Veseys  Manors were important sites on the river and became main manors with the Norman occupation. However I am not aware of any Bury, Flambards or Veseys manorial records and the Sheene ones have not yet been transcribed and translated. We are therefore very fortunate to have the Topcliffe Manorial court rolls from the fourteenth century which we have started to research.  We have already found several references to water courses and mills.  For instance:

The abbess of Chateris was fined a large sum (10 shillings) for not maintaining her water courses (from “Churchemele [Church Mill] to Halemelle [Hale’s Mill?]. In comparison, the Lord’s miller was only fined 12d for flooding the highway (at Hextonnsditch). The records seem to indicate that floods from mill ponds onto the highway were common occurrences.   There are also instances of mill dams being broken resulting in flooding.

Mills were required to be maintained. In 1318 Reginald Cavel was instructed to carry out repairs. Later in the 17th century there are entries authorising the use of trees to provide wood for mill repairs.

1789: Beating the Bounds Along the River

The Mel forms a significant part of the boundary between the villages of Melbourn and Meldreth from the Bury to the A10 bridge. There is an account of the “beating of the bounds” of Melbourn on the 4th of June 1789 (published in the Herts and Cambs Recorder 22 August 1932 and included in “A glimpse into Melbourn’s past”). The beating started at Sheene Mill and progressed towards The Bury. They returned to Sheene Mill alongside the river by what is now the Melbourn Village College playing field, placing crosses at appropriate points.

Nine drains or brooks are listed in the Meldreth enclosure award book 1820 (which has been transcribed by Arnold Stanford for Meldreth Local History Group). The document defines the responsibilities of landowners for ensuring that there are appropriate tunnels and bridges where roads cross the drains: “and the whole of all such of the said several public Drains as are wholly situate in the said parish of Meldreth with proper tunnels and bridges over the Drains where the said Drains cross any of the public or private Roads”. There is also a requirement for the drains to be kept cleansed, scoured and maintained at the landowners expense: “shall for ever hereafter be cleansed scoured and maintained of such widths depth and dimensions as shall hereafter appear necessary by the Surveyor … at the expense of the respective persons”. Water courses were required to be “kept sufficiently wide and deep for the Passage of Water along the same”. It is stated that if the Surveyors carry out the cleaning then they can pile any of the material taken out on adjacent land without any legal recourse from the landowner.

There is a passage which refers to the footpath crossing the Mel at Topcliffe Mill and running alongside the Mel to Melbourn: “One other ancient Footpath leading from the Mill and crossing the River at the Mill head and proceeding by the east side of the River over old Inclosures and Orchards to the South-west corner of an old Inclosure called Ossards belonging to James Allen where it enters the Parish of Melbourn”.

“On Wednesday, Mary Titchmarsh, a girl about nine years old, was drown’d in a ditch at Meldreth in this County, as she was dipping for a pitcher of water.” (Reported in the Whitehall Evening Post, 24th May 1760.)

“On Friday se’nnight the Rev Mr Harrington, senior Fellow of Christ’s College, Cambridge, was found drowned in a little Rivulet, near his own Garden, at Meldreth in Cambridgeshire.  It is supposed he fell down in a fit.  The living of Meldreth is in the Gift of the Dean and Chapter of Ely.”(Reported in the Public Advertiser, 7th February 1775.)

Hollick Hancock, aged between 2 and 3 years old, was drowned in Meldreth. (Reported in the Huntingdon, Bedford and Peterborough Gazette 10th May 1828.)

Ann Plumb (57), the wife of John Plumb, carpenter of Meldreth, drowned near the Cross (sic) in Meldreth in January 1890 (reported in the Royston Crow 17th January 1890). More details were included in the Cambridge Independent Press on 25th of January. It appears that Ann Plumb might have drowned in a stream linking into the Mel running at the back of the Court described as St Thomas Brook or Maxwell (possibly Marvell) moat.  The inquest stated that there was a “dipping place” (i.e. somewhere to collect water) nearby but no pail was found. There was an open verdict.

Ralph Meads was found dead in the Mel in 1980 where it passes by the playing ground in Melbourn. He was face down and still had his fish and chip supper with him. Rumours continue to circulate in Melbourn that it may not have been an accident.

There was a report in the Herts and Cambs Reporter on the 14th February 1919 describing the work carried out on the river by German POWs based in Meldreth in August 1918.

The full account is included on a page describing the German prisoners of war in Meldreth.

Interestingly this solution was not used in the second world war because it was felt that responsibility for this work lay with the riparian owners; see section 6.

In December 1938 there was panic when mines were reported in the Mel. In fact they turned out to be two sacks of corn that had fallen off a lorry! Obviously the locals were worried about a German invasion even before the war started!