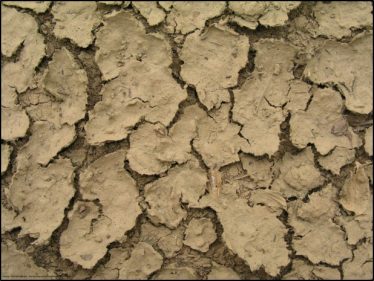 zoom
Base of river behind Dolphin Lane in 2012
Bruce Huett

The chalk aquifer system generally works very effectively to ensure a reasonable flow in the river as the softer chalk acts as a sponge to hold stored rain water which flows into the Mel at a steady rate. However, in exceptionally dry periods which last for a time the aquifer dries out and cannot be easily restored. The river level then drops and stretches can become completely dry. This happened in 1976. In 2012, the upper stretches behind Dolphin Lane in Melbourn were so dry that one could walk on the river base without getting wet feet. This was following the sixteen driest months since 1922 (and possibly since 1910).  The river also dried up in Stockbridge Meadows in August 2019 so that one could walk across with wellington boots.  Cam Valley Forum prepared a report on the state of chalk streams in Cambridgeshire in 2019 which demonstrated a serious situation.

Mr Hopkinson, who lived at the Bury, said that the springs would regularly dry up, maybe one year in five. Sometimes the whole lake would dry up.  He arranged with the Environmental Agency for water to be pumped in to maintain the supply, which he had to pay a small amount for. This has continued due to the efforts of the River Mel Restoration Group, but is not completely reliable.  In 2019 pumping was again attempted but the pumped water just drained into the spring holes without supplying the river, possibly because the chalk acquifer was so dry.

An increase in housing and extraction for other reasons has meant that the base water level is generally lower so dry periods have more effect on the water level.

There were willows planted for cricket bats at the time of the building of the bypass on a piece of land on Station road behind Sheene manor.  Although built as a buffer for Sheene Manor from the noise of the bypass, they would also have acted as osier beds, which would have helped to prevent flooding.  The land was described as being very wet.  They were replaced by Italian alders and poplars which drew water out of the depleted river behind Dolphin Lane. However these were felled in 2019 and (as at November 2019) have not been replaced.