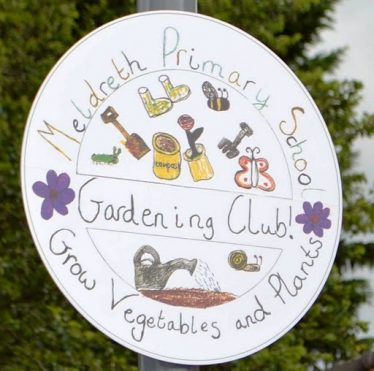 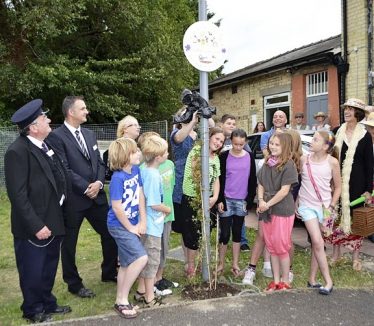 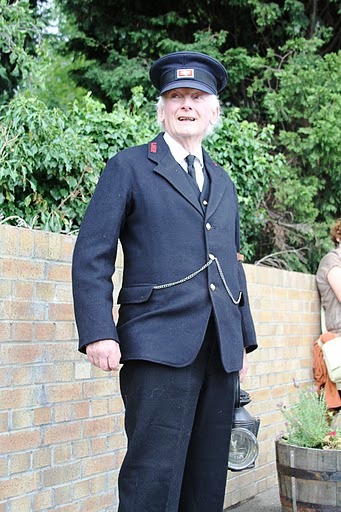 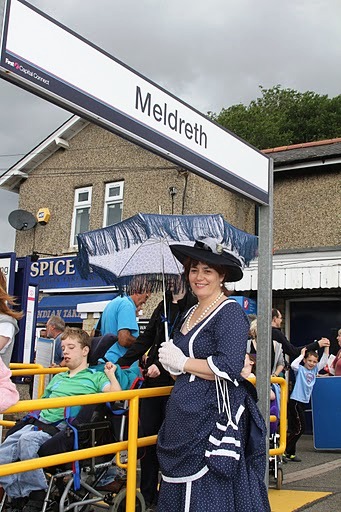 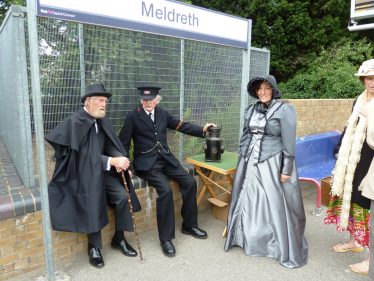 zoom
Waiting for the 14.10 to Shepreth
Tim Gane 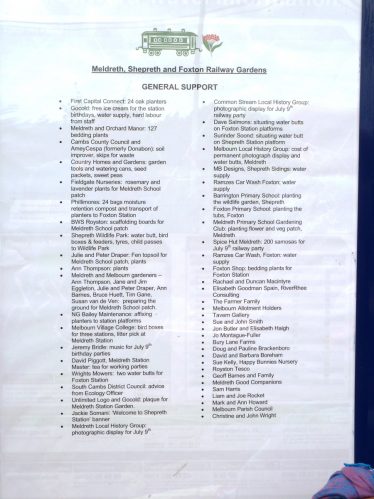 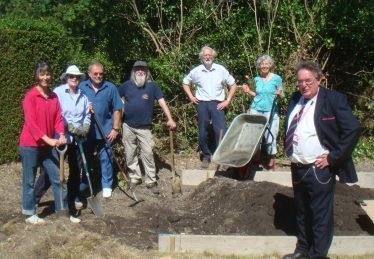 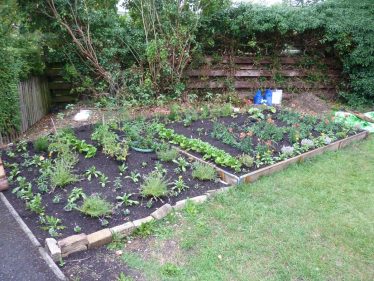 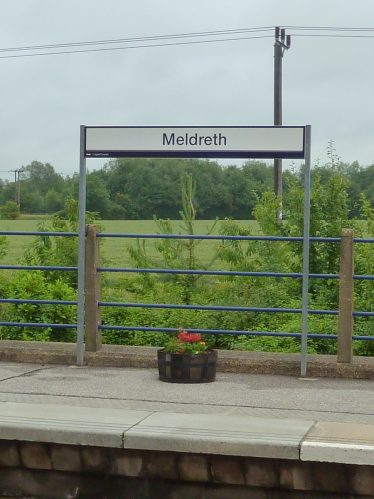 zoom
One of the planters on Meldreth station
Tim Gane

At each station there was a delegation of local primary school children to help launch the new railway station gardens (see below).

A local history theme was woven into the day, with Foxton’s Common Stream group and Meldreth’s Local History Group providing photographic displays in their respective station waiting rooms and a specially reprinted local history of Shepreth and the local railway, Distant Voices, available for purchase at each station.

Free ice cream was served by Gocold at each station and The Spice Hut provided free samoosas at Meldreth station.

The Railway Station Gardens at Meldreth, Shepreth and Foxton were launched on July 9th, when the three stations celebrated their 160th, 160th and 163rd birthdays, respectively.

The project was sponsored by the Meldreth, Shepreth and Foxton Rail User Group and was built around the idea of local residents, schools and businesses, who use and enjoy the local railway and created and will maintain the gardens and planters on the stations all year round.  This will help to give the stations a village identity and encourage the use of the sustainable transport network on our doorstep.

Each garden has its own theme depending on the configuration of the station property and the amount of land available, as well as the interests and input of the local community.

Foxton’s garden is necessarily confined to the platforms and focuses on planters.  Shepreth’s garden makes use of the area around the entrance area adjacent to the car park, and has a wildlife theme garden sponsored by Shepreth Wildlife Park and the primary school.  Meldreth’s garden makes use of the plot of ground adjacent to the Spice Hut Indian takeaway, where the primary school gardening club have created a flower and vegetable patch.

All three stations also have traditional oak barrel planters on the station platforms.

Local people – individuals, families, schools or businesses – are sponsoring the care of one or more of the oak barrel planters.  This involves supplying potting soil and summer or winter annuals which have either be purchased or grown in advance from seed.  The cost in the first year is ~£15 – £20 as there has not been enough lead time to grow plants from seed.

At each station the name of the sponsor will be displayed on the Railway Garden notice boards.  Sponsors are asked to commit to the care of their planters for at least one year.

A list of those who have helped to make the tubs and gardens possible is displayed in the adjacent photograph.

Also special thanks must go to Susan van de Ven, without whom none of the above would have happened.

If you would like to get involved either to help with planting or watering or indeed sponsor a planter then please get in touch with Susan van de Ven on susanvandeven@yahoo.co.uk