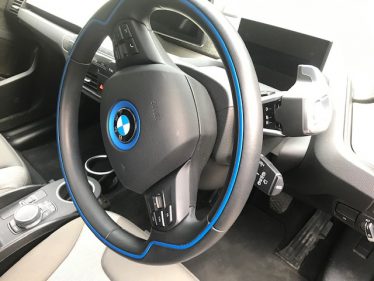 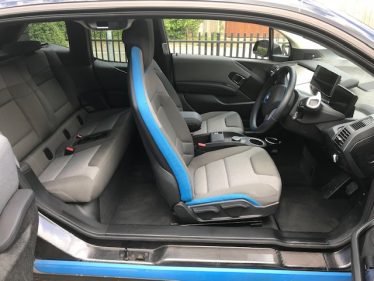 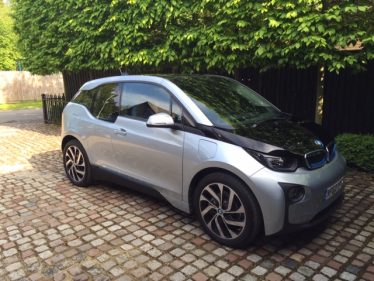 The story of what is believed to have been Meldreth’s First Car? (dating from 1910) appears elsewhere on this website. Richard and Jane Remnant, who live on the High Street Meldreth, were the owners of the village’s first electric car – in fact are now (June 2019) on their second one. Jane writes here about their decision to ‘Go Electric’:

“We bought our first electric car five years ago [2014] and at the time there were no others in the village. It happened quite by accident. We were in the car showroom looking to replace a rather past-it diesel BMW 3 Series, when we spotted this quirky – some say ugly! – little BMW i3 electric car. I had never considered going electric, though all the adverse press reporting about diesel particulates poisoning our atmosphere had scared me. I can smell the pollution in the air. London smells of diesel as does the air in our High Street, particularly outside the village shop and the village school when parents are dropping off or collecting their children. So yes, I was concerned about air quality and yes, I wanted to change. When we had a test drive we were sold – literally. We both loved this little car, and last year (2018) replaced it with a second one.

It also turns on a 5p, so parking is really easy. The ‘G’ forces generated by the acceleration take some believing. It’s zippy – so overtaking or nipping into a gap in a never-ending stream of traffic presents no problem. To be technical here, it will go from 0-62 mph in 6.8 seconds – equivalent to a V8 engine, so I’m reliably informed. Top speed is 94 mph. We plug it into a standard 13 amp plug in the garage at night and in the morning it’s fully charged. We haven’t noticed any significant increase in our electricity consumption and we reckon a full charge will take us to Heathrow Airport for £2!

There are drawbacks of course. It’s a town car, for multiple short journeys to Royston or Cambridge or round the villages. The longest journey we have attempted is to Heathrow. The planned infrastructure development of a network of fast charging stations is definitely lagging behind the aspiration for future all-electric motoring!

The electric range on this latest car is 170 miles on a warm day, around 120 miles on a cold, windy one. I don’t understand why this should be (Note: probably because batteries perform less efficiently in low temperatures), but we’ve found this out by worrying experience! There are other gripes I have with the design of the car, but there are now so many different makes on the market to choose from in various price ranges. Climate change is always high on the agenda and, if we all make as many small changes as possible, we can to try to save our planet: Go Electric!”

The BMW i3 is a170hp compact hatchback with an unladen weight of 1270 kg, single-speed transmission and an underfloor Li-ion battery pack. It was BMW’s first mass-produced zero emissions vehicle and was launched as part of BMW’s electric vehicle BMW i sub-brand.


Designed by Richard Kim, the i3 has five-doors with a passenger compartment of high strength, ultra-lightweight CFRP (carbon fibre reinforced plastic) attached to a lower aluminium structure incorporating the chassis, battery and drive system. Unusually, the doors at the front and rear open in opposing directions and there is no central door pillar. The i3 first appeared as a ‘concept’ car at the 2011 International Motor Show and production began in July 2013 in Leipzig, Germany.

With thanks to Richard and Jane Remnant for their valued assistance in producing this page.