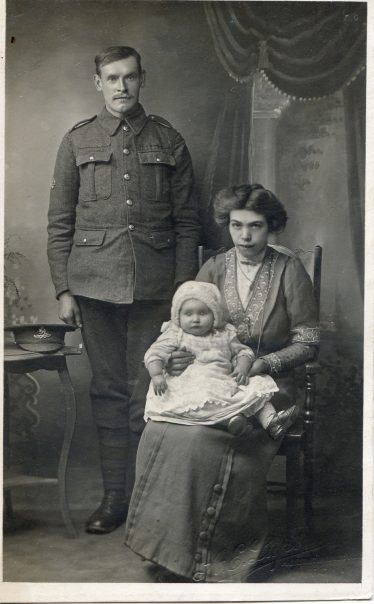 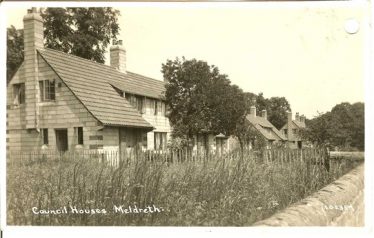 zoom
The house in North End where Lewis and Emily Harrup lived
Bell's Postcard from the 1920s, supplied by Ann Handscombe 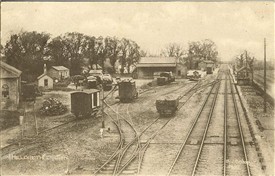 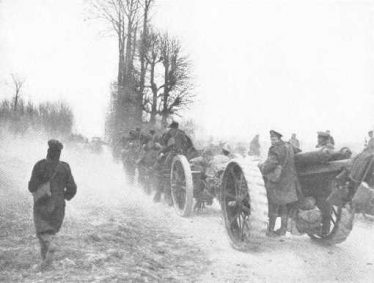 zoom
A Heavy Battery of the RGA tows its 60 pounder guns along the roads of northern France, World War 1
The Long, Long Trail (The British Army in the Great War 1914-1918)

Lewis Harrup, born on 4th March 1892 in Meldreth, was the youngest child of John Edward Harrup and Susannah Bullen. At the time of the 1901 census he was a nine year old boy attending the village school in Melbourn (Meldreth’s own school did not open until 1910). He lived at home with his parents in High Street, Meldreth with his sister Hannah and elder brother William who had returned to live with his parents following the untimely and tragic death of his wife.

By 1911 the family had moved to a cottage in The Moor, Melbourn where Lewis was working as a coal carman. In July 1915, aged 23, he married Emily May Jarman at Whaddon Church; Emily (1895 – 1984) was one of six children of Frank Jarman (a cement works engine driver) and Mary Oliver. Prior to her marriage, she was employed as a domestic servant by Edward Arthur Carter, a poultry farmer of Town Ends Farm, Melbourn.

Shortly after Lewis and Emily were married they set up home in North End, Meldreth where they lived for the rest of their lives. Lewis continued to work in the coal trade, based in the coal yard at Meldreth railway station. As well as carrying out the more manual requirements of the job he also looked after the accounts, book-keeping and general records associated with the business.

Ken Winter remembers that on a Saturday morning Lewis used a sack barrow to deliver one hundredweight of coal to Ken’s parents, Bert and Mildred Winter, the Allerton Terrace railway cottages and the Railway Tavern. Lewis Harrup remained in this job until the outbreak of the First World War when he served as a gunner in the Royal Garrison Artillery (RGA), regimental number: 115421. During the conflict he was wounded in one arm and left partially deaf. However, he survived to return to civilian life and his former employment in Meldreth. He was fond of sport and in his younger days, before his wartime injuries, he was a keen cricketer.

Acknowledgement: with thanks to Mr Graham Harrup of Royston for providing these details from his family history research.