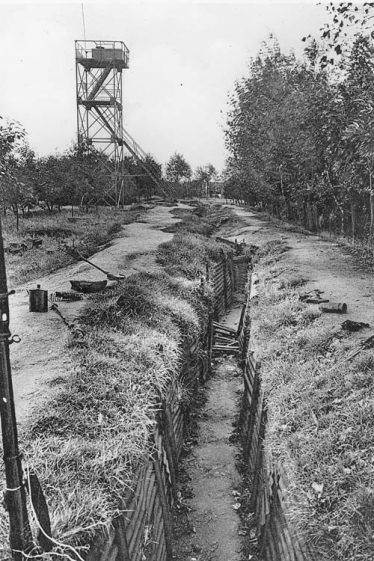 zoom
Trench remaining at Hill 60 between the Wars
ww1.battlefields.co.uk 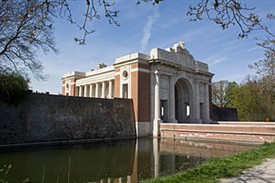 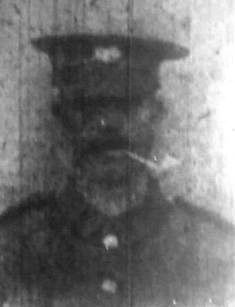 Ernest Abrey was born in Meldreth in 1884/85. His father, Thomas, was a coal porter who came from Mildenhall in Suffolk and his mother, Caroline, fifteen years younger than his father, came from Ely. At the time of the 1891 census the family was living in Parish Cross, Meldreth, the six year old Ernest one of four sons remaining at home. Ten years later he was a cement worker and living with his mother, by then widowed, and a nineteen year-old nephew in Chiswick End.

Nothing is known of the subsequent family history but when the First World War broke out Ernest had moved to Kensington in Middlesex. He returned to his home area to enlist in the Army at the Royston Drill Hall at the beginning of September 1914. He joined the 1st Battalion of the Bedfordshire Regiment and was sent to France on 3rd December 1914 to join his regiment serving on the Western Front.

A detailed and compelling account of his war service can be found on the website of Steve Fuller, historian of the Bedfordshire Regiment. Ernest’s Battalion was involved in the fierce battle to re-capture Hill 60. This was not so much a hill as a large mound of earth heaped up during the construction of a railway cutting but became a prized asset for both the British and German forces because of the commanding views it afforded over Ypres and the flat lands in the surrounding area.

Hill 60 was captured by the Germans in December 1914 but the British launched a determined attempt to re-capture it in April 1915. Ernest had already been injured by this point and been sent back to a hospital on the coast to recover. By April 1915 he had rejoined his Battalion and took part in the new offensive.

After bitter and protracted fighting during which gas was used against the British troops for the first time, he suffered fatal injuries on Thursday 6th May 1915. He was posted as missing but, in common with many casualties of this notorious battle, his body was not recovered. He is commemorated on Panels 31 to 33 of the Ypres (Menin Gate) Memorial to the Missing.

The site of the Memorial was chosen because of the hundreds of thousands of men who passed through the gate on their way to the battlefields. Ernest Abrey is also remembered on the Meldreth War Memorial, one of twelve men from the village who died in the Great War.

Acknowledgement: With thanks to Bruce Huett and Steve Fuller