You are here: HomenextTopicsnextWartimenextWorld War OnenextErnest and (Samuel) Mark Pepper 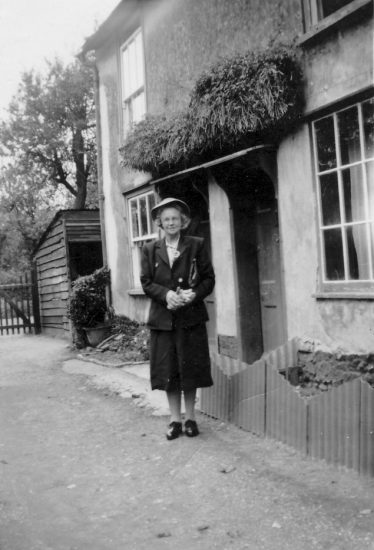 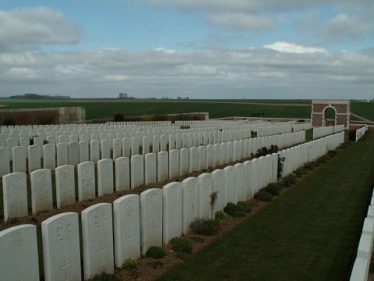 Ernest and Samuel Mark Pepper were the youngest children of Samuel Pepper, born 15th September 1855, who became an agricultural labourer and fruit grower and his wife Fanny (nee Hinkins), born 19th November 1854. They married in 1874 and had twelve children in total: Walter, Arthur, Albert, Ada, Thomas, Susan, Daisy, Joseph and Sarah E, Edward, Ernest and Samuel (known as Mark). The second eldest child, Arthur Pepper, who went on to serve in the RAF during the First World War and afterwards became a poultry farmer in Royston, is the subject of a separate page on this website. The fourth youngest, Sarah, pictured here, became Sarah Butler and has written a detailed record of her memories of Meldreth.

In 1891 the family was living in Whitecroft Road, Meldreth. Ernest was born on 5th January 1895. After receiving his education at the County Cambridge School, Ernest went to work in the clerical department of Swift’s American Meat Combine in London. This company was a leading US firm operating in the transatlantic Argentinian chilled beef trade. By the 1890s it had established a British subsidiary and moved into wholesale distribution in London, Liverpool and a number of provincial centres.

Ernest enlisted at London in October 1914 as Private 2670 in the Army Pays Corps and was posted to Egypt in December 1915, arriving there in January 1916. Cairo was headquarters to the United Kingdom garrison in Egypt. After just a month in Cairo he became unwell and his parents received a telegram on the 8th February 1916, warning them that he was dangerously ill. Cairo, along with Alexandria, became the main hospital centre for Gallipoli in 1915 and later dealt with the wounded and sick from military operations in Palestine and Egypt.

Ernest died from diphtheria the day before the telegram to his parents arrived, on Monday 7th February 1916, at Cairo Hospital. He lies in grave D. 300 of the Cairo War Cemetery, Misr Al Quadimah, Cairo Governorate, Egypt. The commemoration on his gravestone reads “Son of Samuel and Fanny Pepper of Meldreth, Cambs, England – Beloved by All.”

Mark, as he was known, was born two years after his brother, Ernest, in 1897. On leaving school he went to work for his father who was by that time an established fruit grower in Meldreth.

In June 1916 he enlisted as Private 28206 in the 12th battalion of the East Yorkshire Regiment but fell in battle only a few months later. When the Battle of the Somme opened on 1st July 1916, his Division had attacked Serre but suffered dreadful losses.  In the last phase of the battle some four and a half months later, they were involved in a repeat attack, with similarly disastrous results. Although units to their south successfully stormed the German lines, Mark’s Division was held up and was caught in fierce fighting, failing to get as far as the heavily fortified village. He was wounded on the 14th November 1916 and died from his wounds in the 3rd or 4th Casualty Clearing Station the following day. He was just 19 years old.

Both brothers are commemorated on Meldreth War Memorial.

With acknowledgements to Gloria Willers, Bruce Huett and Steve Fuller.