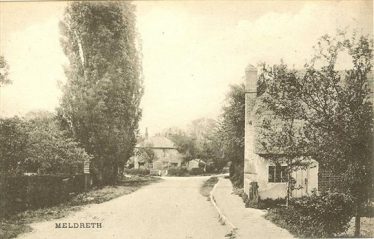 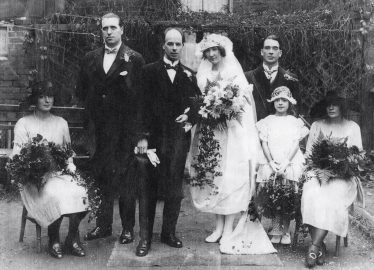 At the time of the Great War Frederick Arthur Harrup was working as a farm labourer and living in Whitecroft Road, Meldreth.

Frederick was born in Lincoln in July 1892. A few years later he was living with his family in Hitchin, Hertfordshire. Subsequently, they moved to South Tottenham in London and Frederick worked as a Clerk at the Ensign Works in Tottenham.

Frederick was demobbed at the end of 1919 and returned to the family home which was by this time in Melbourn, Cambridgeshire. He didn’t settle there and moved back to London where he met Hilda Dorothy Brown (1896-1973). They were married in October 1923 in Islington, London. The couple, who were childless, later moved to Droitwich in Worcestershire where Frederick died in August 1955. He was survived for eighteen years by his wife, Dorothy, who died in September 1973.

Acknowledgement: Thanks are due to Mr Graham Harrup of Royston who has supplied the material on which this is based from the research he has done on his family history.