German Prisoners of War in Meldreth 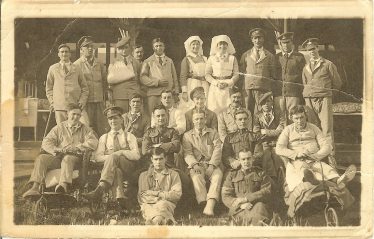 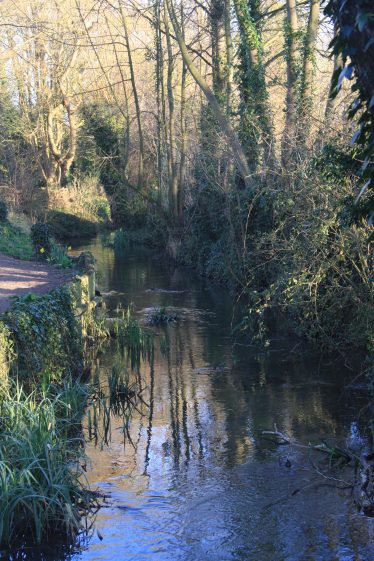 A number of Meldreth men including Frederick Harper (see ‘A Meldreth Prisoner of War 1918’) and Eustace Waldock were held as prisoners of war in Germany or Belgium. But when Bill Wing (Senior) returned home on Christmas leave in 1915 he was surprised to see a group of German prisoners of war coming up the road towards him (see his ‘Memories of the Great War’).

Hope Folly (also known as Hope’s Folly, after the Meldreth entrepreneur, Edwin Meredith Hope, who built it). I was thought that it was commandeered as a Prisoner of War camp during the war and a number of German prisoners were housed there. The photograph, above right, may have been taken outside Hope Folly. Some of the figures appear to be wounded; others are in nursing uniform suggesting that part of the building may have been used as a hospital but there are no known records to confirm this.

Gladys Clarke (1916 – 2009), a long time resident of Meldreth remembers her parents talking about the German POWs and her recollections of this are available to listen to elsewhere on this site.

Those held in Meldreth were a few of the many thousands of prisoners – mostly Germans – behind barbed wire in Britain, their number peaking at 115,950 in 1918. In turn, they were just some of the 8.7 million people globally who endured captivity during the war. Mostly men, they included civilian internees and Germans who found themselves in Britain at the outbreak of the war; Germans seized in British and German colonies; and military personnel, including crews from Zeppelins which had fallen to earth and members of the German navy, but the majority were soldiers captured on the Western Front.(Forgotten Prisoners of the Great War, Panikos Panayi, History Today Volume:62 Issue:11 2012).

Under the heading ‘Land Drainage’, the Herts and Cambs Reporter carried a report on 14th February 1919 of the work the German POWs in Meldreth had carried out:

“Cambridgeshire is a county in which much drainage work is necessary; but the Executive Committee, realising the importance of improving the waterways throughout the county, have been very active during the last two years.

In November 1917, a small prisoner camp was established at Meldreth, and by August 1918, the entire course of the River Mel was scoured and cleansed.

Overhanging and unsound trees have been removed from the water’s edge, and the banks repaired. It was found possible to dam and by-pass the water during the summer months; and the accumulation of mud has been thrown or wheeled out in barrows.

This work has been carried out under orders issued on frontage occupies under the Defence of the Realm Regulations.”