Memories of the Great War 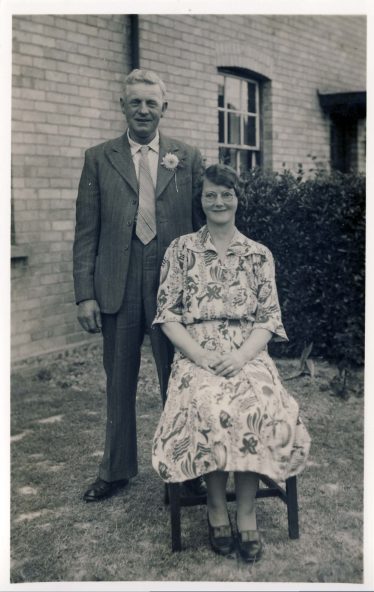 zoom
Bill Wing (Senior) and his wife, Alice, pictured in the 1940s
Cambridgeshire and Hertfordshire Reporter 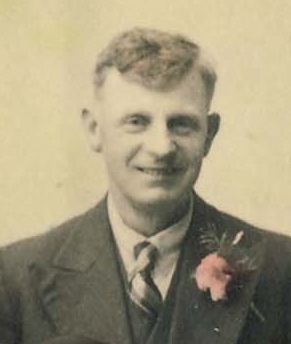 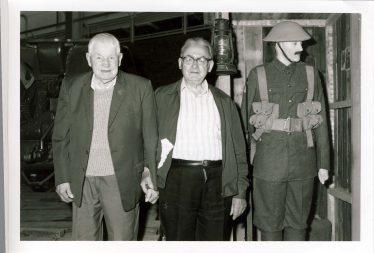 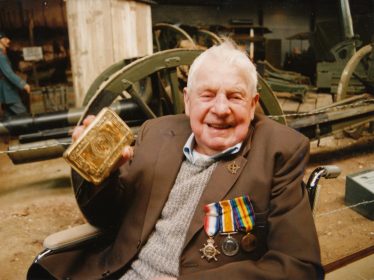 “0n November 5th 1914 I went over on the boat to Calais, France, from Southampton at 12 midnight and the moon was shining lovely. A chap on the boat sang a song from the top deck on a wonderful night. He sang ‘When we return’. The old boat we went across on she sunk on the way back.” So began Bill Wing’s active service in the First World War, recalled in “Old Bill – Memories of a Meldreth Man”, compiled to celebrate his 100th birthday on 10 March 1993.

Bill grew up in Meldreth never knowing his mother – she died when he was almost two in February 1895 soon after his sister was born. They went to live in Chiswick End with his grandmother until his father re-married  and  the family moved to live in a clay batt cottage, one of three near the station. Bill’s father was a hay and straw tier and his stepmother a midwife who also laid people out when they died. By the time he went to school in Melbourn (Meldreth had no school of its own until 1910), Bill’s family lived in Rose Cottage, Meldreth, close to the stocks. He went to school full time until he was just eleven years old. In those days, he says, if you could get a summer job you could leave on 1st April but then go back to school at the end of October for the winter months, leaving for good when you were thirteen.

Bill went to work for a Mr Medlock at Bury Farm in 1904 for three shillings a week; two and sixpence went to his stepmother and Bill kept the remaining sixpence which would buy “a lot of sweets in those days”. As well as milking the farm cows (milk cost two pence per pint), he helped with the four or five horses which worked on the farm. Bill had one of them and used to cart hay and straw up to the station and put them on the railway trucks to be sent to London. Later, his love of horses and expertise in looking after them were to play a big part in his wartime service.

He first joined the Territorials on 11 March 1912 because, as puts it, “there was nothing much else to do”. By this time he was working as a gardener for John George Mortlock at the The Court and when he heard that Bill had joined up he sent for him to ask what it was all about. “Well”, Mr Mortlock said, ” if you want to go, you go. Before you leave, I want you to come up here and see me in your uniform.” Bill did and was given five shillings, “wonderful in them days.” After various evening and weekend training camps over the next two years, he remembers that the police knocked at his door on 4th August 1914. He was to be mobilised the following day. He left Meldreth station at midday for Hertford where he was billeted in a school, then after short stays in Romford and Bury St Edmunds and more training at Rougham, he sailed for France at the beginning of November, with the first battalion, Hertfordshire Regiment.

Bill says in a taped interview (1993), given for the Imperial War Museum, that he’d had no training for trench warfare but had done plenty of firing practice. If you passed as a “first class shot” it brought you an extra sixpence per day. He fired an Enfield which he describes as a “beautiful rifle”. Before embarking for France he watched the  horses being put in cradles and then lifted by dockside cranes into the hold of the ship. At the beginning of the Great War he remembers that horses were used to move most of the supplies and munitions up to the front line – there wasn’t much motor transport, just a few lorries and those not very large. They were just as vulnerable to the shelling as the soldiers, Bill recalls : “I lost three horses altogether. Two a chap took over when I come home on the first leave in 1915 and he got hit by a shell and they were killed – I missed that. I lost another one in 1917. A shell hit him just behind my leg and we had to shoot him.”

Bill had no time to adjust to being in France: “the morning after we landed we went straight up to the front.” He remembers the shock felt as “the British Expeditionary Force was nearly wiped out.” Bill went on to fight at Ypres (“terrible conditions till they got a bit organised”). His regiment marched through the town before the battle and saw the cathedral and the cloth hall – later there was not much left standing. He recalls that the British forces had no helmets at this time and were only equipped with these later when it was realised that the Germans had them. At the Battle of Neuve Chapelle, March 1915, in which Bill fought, an initial surge through the German lines achieved by the British could not be sustained and infantry/artillery cooperation broke down after the telephone system collapsed. Bill recollects the shelling beginning at six o’clock in the morning and the troops going over the top, taking two trenches before suffering dreadful casualties in a third – it was mined. There were approximately 11,200 losses and casualties at this battle, 10,000 of them sustained by the Indian Army, fighting alongside the British one.

Bill’s recollections on tape show that he had a lot of respect for the German forces. He says how fit and well trained they were and that they had more artillery than their British counterparts. He talks of Kaiser Bill’s son serving in the Prussian Guard and of a captured German colonel in his double-breasted overcoat “very upright and smart.” He admired, too, the way that the Prince of Wales fought with the British forces in the trenches. Bill saw him often and remembers that “he got a mug of tea, same as we did.”

Bill took part in another legendary World War 1 battle, at Loos, between 25 September and 14th October 1915. This was the largest British offensive mounted on the Western Front in 1915. It marked the first British use of poison gas which mis-fired when the wind changed direction and some was blown back into the British trenches. He remembers that “men stood there and died.” Some had no gas masks, or ones which clouded up so they couldn’t see or breathe properly. Bill had only a handkerchief which he was told to wet and hold under his nose. Remarkably, he survived. At the Battle of Loos the twelve attacking battalions suffered 8,000 casualties out of 10,000 men in four hours. Though recorded as a British success, the experience was seared on Bill’s memory “it was just slaughter…..terrible to think about.”

Bill went on to see action at the Somme, too – he remembers how both armies were “keyed up for the battle” and how he saw wave after wave of men go over the top of the trenches during the opening bombardment when shells fell all around him – “yes, there were near misses – we were just the lucky ones.”

Bill was given Christmas leave in 1915 and as he came down the little path from the station he saw a group of German prisoners of war coming up the street towards him. They had been clearing out the river. “I thought I’d got away from the Germans!” said Bill. His homecoming was a surprise to his family who weren’t expecting him. It was during this first period of leave that he met his wife-to-be, who worked as a servant at Longmead, a big house near the British Queen. She wrote to him when he returned to France and they met again when he came home for a second time in 1917. He recalls “there were celebrations in Meldreth at the end of the War. We had one in the meadow in North End, where the council houses are now, for all the village. There was sport and they made a tea….Mr Mortlock who had crockery shops in London gave all the children a commemorative mug.”

Bill Wing was married on 1st November 1919 at Holy Trinity Church, Meldreth, almost five years to the day since he sailed on that moonlit night for France.He lived until he was 101.