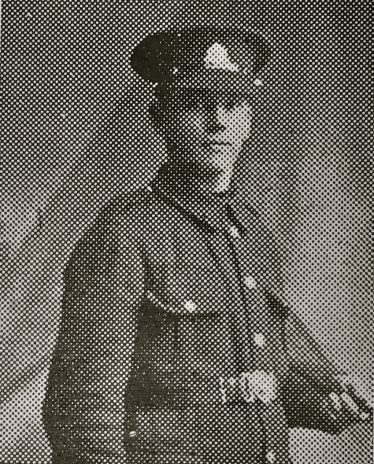 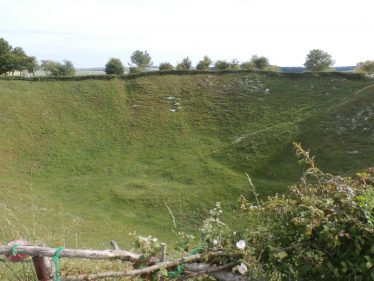 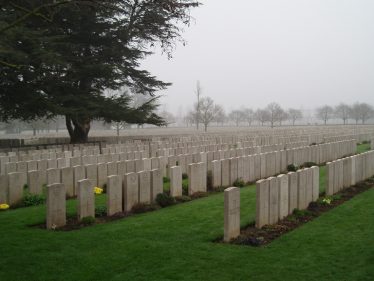 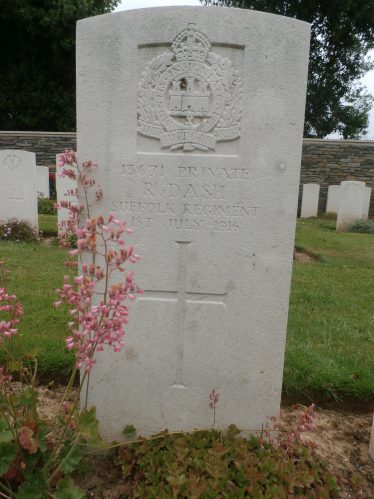 Reuben Dash was born in Meldreth on 24th May 1893 and grew up as one of a large family. His mother, Naomi, came from Meldreth herself and his father, Charles, from Cambridge. Their first son, William, was born in 1881 in Melbourn; other children followed at approximately two year intervals. By 1891, the family had moved to Kneesworth Road, Meldreth and ten years later they were living in the High Street. Mr Dash worked as an agricultural labourer and subsequently in a local cement factory. In total, Reuben had 10 brothers and sisters: William, Lily, Florence, Thomas, Elsie, Charles, Edith, Edward, David Basil and John.

At the time war broke out Reuben was employed by Mr John George Mortlock of Meldreth Court. He ran a china business in London and travelled there daily on the train from Meldreth. Another local man who served in the Great War, Mr Bill Wing (Senior), was also in Mr Mortlock’s employment at the time.

On 4th September 1914, Reuben Dash enlisted in the army at Cambridge, joining the machine gun section of the 11th battalion Suffolk Regiment when they were formed on the 25th September. His battalion served in the 101st Brigade, 34th Division.

After lengthy training they landed at Boulogne on 9th January 1916 and served on the Western Front until the battle of the Somme began. On the notorious first day of that conflict 57,000 British and Commonwealth troops died in battle, Reuben Dash, aged just 23, amongst them. He was one of 500 members of his battalion who fell, were wounded or listed as missing, many of them during the first few hours of the engagement. A vivid and detailed account of the fighting is given by Steve Fuller on his website. A brief extract is included here:

“After a week-long barrage of German positions facing them, at 5am on the 1st July 1916 the battalion left Becourt Wood, just east of Albert, to move to their jumping off positions. By 7am they were in position and ready for their first taste of ‘going over the top’. The 102nd Brigade to their left was assigned the assault on La Boiselle, but made no headway.

As a result, as soon as the battalion left their trenches at 7.30 they were met with an intense machine gun fire, followed quickly by the addition of a heavy German barrage.

Despite the heavy casualties within the opening minutes, many of them within thirty yards of their own front lines, the following waves did not hesitate in clambering from the relative safety of their own trenches and marching into the smoke, towards the German lines.”

Private Dash was originally posted in the Royston Crow on 25th August 1916 as wounded but then confirmation came that he had been killed on 1st July 1916.

He is buried in grave II, E, 11 of the Cerisy-Gailly French National Cemetery on the Somme. Cerisy-Gailly Military Cemetery (originally called the New French Military Cemetery) was begun in February 1917 and used by medical units until March 1918. The cemetery, designed by Sir Edward Lutyens, was increased in size after the Armistice when graves were brought in from the battlefields of the Somme. Given the location of his grave, Steve Fuller suggests Reuben Dash may have been brought in from one of these or recovered from the Buire local cemetery.

To mark the anniversary of his death his parents placed the following ‘In Memoriam’ poem in their local paper (dated 6th July 1917).

“In health and strength he left his home, Not thinking death so near. It pleased the Lord to bid him come And in his sight appear. A sudden change, at God’s command he fell, He had no time to bid his friends farewell. Death came without a warning given, We hope at last to meet in Heaven

From his loving Mother, Father and Friend”