You are here: HomenextTopicsnextWartimenextWorld War OnenextKeeping the Village Lights Down in World War 1

Keeping the Village Lights Down in World War 1 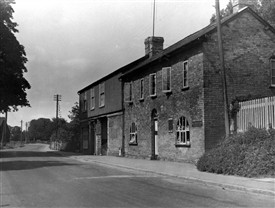 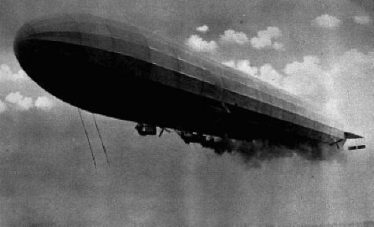 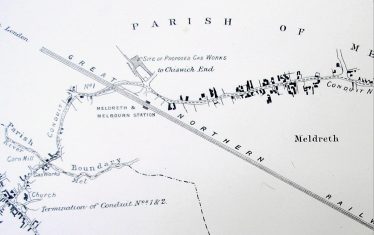 The Cambridge Independent Press of 5th May 1916 reported that

“At Melbourn Petty Sessions on Monday before Mr W. W. Clear (in the chair) and Mr A. R. Fordham, Henry Goldsmith (55) of Melbourn, was summoned for failing to shade the lights at the Gas Works in Meldreth on March 31st. The Defendant admitted the offence.

PS Connell said that he was on duty on the railway bridge at Meldreth when he saw a bright light coming from the windows at the Gas Works. He went to the works where he saw the defendant lying in a wheelbarrow. He asked him if he was aware of the light that was shining and asked him if he knew there was a raid on that night. From a window looking towards Kneesworth a light shone 30 yards along the road and a bright light was also shining from another window in another direction. It was a naked gas light and nothing was over the window to shield the light.

The defendant said it was an oversight of his, the windows having been shielded before and they had been closed since.

PS Connell said the man had been warned before.

The Chairman said they must not have oversights in wartime and he must be more careful in the future. He was fined 15 shillings”.

The gas works serving Meldreth was originally sited beside the River Mel, opposite Sheene Mill, on the Melbourn/Meldreth boundary in premises now occupied by ESSE Retail and Therapy. A new gas works for Meldreth was completed in 1909 on land behind Hope Folly but by 1911 the company was in financial difficulties and the business put up for sale. Because the site of the Meldreth gas works was very close to the railway bridge (see map extract), it is probably the one referred to in the Cambridge Independent Press report.

Unlike those of the Second World War, there were no comprehensive black-outs in the First World War but lighting restrictions had been introduced in 1915 when German Zeppelins engaged in bombing raids over East Anglia and London. Lights were subdued or dimmed rather than completely extinguished and then only when a Zeppelin attack was known to be imminent.

Local police chiefs could issue orders under section 7A of the Defence of the Realm Act 1914 (DORA) which gave the Government widespread powers in wartime. On 19th January 1915, two Zeppelins attacked Great Yarmouth (less than 100 miles from Meldreth) and King’s Lynn (about 60 miles away), killing four civilians, injuring 16 and damaging several buildings.

The first Zeppelin attack on London took place on 31st May, killing seven people, but the raids became deadlier and on the night of 13th/14th October, five Zeppelins were responsible for the lives of 71 Londoners and for injuring 128 more. But Zeppelins, despite their capability as long-range bombers, were also unable to fly in poor weather and their size and slowness rendered them vulnerable to British fighter planes and to anti-aircraft artillery. The German air force largely abandoned their use from the Spring 1917 onwards.