You are here: HomenextTopicsnextWartimenextWorld War TwonextAmbulance Trains and the Nissen Huts

Ambulance Trains and the Nissen Huts 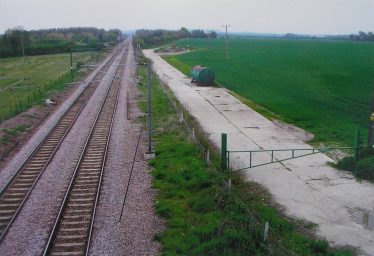 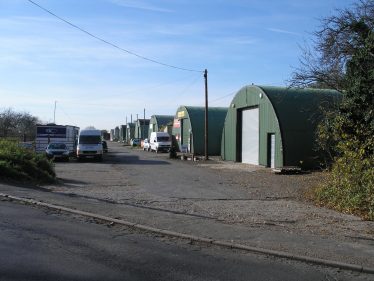 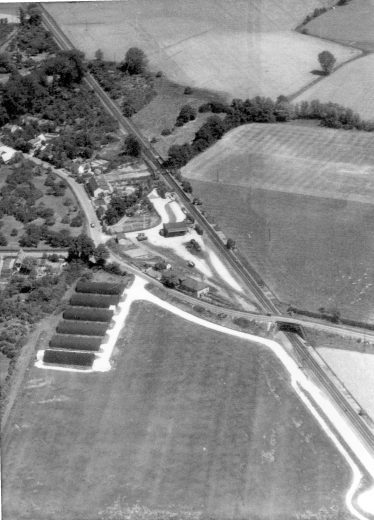 zoom
Aerial photo taken on June 21st 1949 clearly showing the six, black Nissen huts and the roadway beside the railway siding for the transfer of wounded soldiers from the ambulance trains to the waiting ambulances. The first of the two turning circles can be seen in the bottom left hand corner of the photograph.
Cambridge University Air Photograph Library

We are indebted to Meldreth resident and Local History Group member Derek Stewart for his research and much of the write-up on this topic.

As part of the preparations for D-Day a number of sites in Southern England were identified for the treatment of the wounded.  One such site was Wimpole Hall where the large, tented 163rd US Army General Hospital, was set up in the grounds for the treatment of injured US soldiers.  Meldreth was the nearest railway station to Wimpole and so a reception centre was set up there to offload and stabilise the injured soldiers for their onward transfer to the Wimpole hospital.

The land for the site, situated beside the Royston to Cambridge railway line, was requisitioned from George Palmer in 1943.  There was already an existing rail siding, on the west edge of the line, which ran from the south side of Station Hill (bridge) towards Royston which had been in use since Victorian times.  Its length, capable of positioning a fourteen carriage ambulance train, with its close location to the planned hospital at Wimpole was an ideal choice by the US Army Medical planning staff.

Six large Nissen huts were constructed by May 1944.  An aerial photograph taken on 31st May ’44 shows only one hut had been painted black and the access road alongside the siding had yet to be built.  The road was laid during the summer and was a quarter of a mile long with turning access circles at the midpoint and the end.  Around these concrete turning areas were brick buildings with asbestos roofs which contained wash and toilet facilities.  These buildings no longer exist but the concrete road after the first circle is still in place although covered by vegetation and shrubs.

It has not been possible to obtain details regarding the movement of ambulance trains during the period of opening but they would have started in October 1944 to coincide with the completion of the hospital at Wimpole and lasted until VE day the following summer.  Various recollections have mentioned long trains arriving during the day and night.  Large, portable floodlights illuminated the siding area while the patients were offloaded down ramps into ambulances which then formed a convoy to Wimpole Hospital.  The train remained in the siding until all the patients were offloaded. Several recollections have also mentioned that the Nissen huts were used to store ‘war supplies’ although this hasn’t been confirmed.  It is possible that the huts were never used for ambulance train patients although a drawing of ‘pinup’ was found in the third Nissan hut from the road which was similar to those drawn on the noses of US bombers.

The Ministry of Works returned the site to George Palmer sometime during 1946/7 and the siding was removed during the 1960s.  The Nissen huts of course are still standing and are being used now as garages and for light industry.

The British Railways produced a number of Ambulance Trains for use both at home and overseas.  Trains were also provided for the evacuation of civilian casualties from first aid or clearing stations to hospitals.

The Ambulance Trains were fully equipped with furnished cars for travelling staffs of nurses and doctors, kitchens and wards for stretcher, sitting-up and mental cases and cars were also provided for infectious cases and for travelling pharmacies.

The Casualty Evacuation Trains were electrically lit, steam heated, and were fitted with bell communication and numerous other devices adopted by co-operation with medical authorities to ensure the comfort of patients.

The movement of these trains was arranged by the railways whenever required in co-operation with the Government Departments concerned.  For security reasons strict secrecy was maintained regarding special workings and other arrangements for the smooth transport of the sick and wounded by these hospitals on wheels.

In the lead up to D-Day and the launch of the ‘Second Front’ in Europe in 1944 a system of Ambulance Trains was planned.

Some of these trains were transported to the Continent, the first arriving on 14th August 1944.  The expected U.S. casualties from the Normandy Landings generated a planned rail facility to the U.S. Army Hospitals located in Southern England. These hospitals were expected to provide definitive treatment for up to 18,000 patients, this being on top of the 10,000 being cared for in coastal areas.

Each Ambulance Train was made up of to a total of 14 carriages:

When these trains were operational the medical teams lived on board.

The outside of the carriages were painted khaki with grey roofs. Each roof had a large white square with a red cross painted on it with a smaller version adorning each side.  The logo “The Medical Department U.S. Army” along with its insignia completed the exterior finish.  The Locomotive was painted khaki and its tender had “U.S.A.” painted on each side.

The following links may be of interest if you want to find out more about the ambulance trains and military hospitals during WWII:

Information, history and photographs of ambulance trains used by the British Forces during WWI and WWII

Images of ambulance trains on Google

History of the US Military Hospital in Wimpole Park