You are here: HomenextTopicsnextWartimenextWorld War TwonextBomb Storage on Mettle Hill

Joan Rayner talking to Joan and Tim Gane about the Bomb Dump on Mettle Hill during the war. (1min 4 secs)
A transcription of this audio file can be found lower down the page. 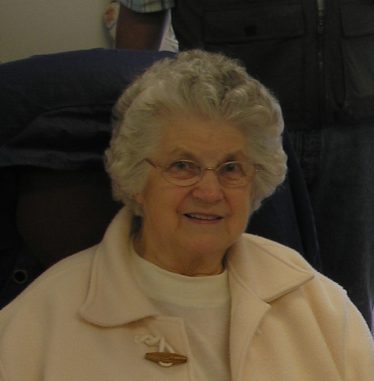 Before reading the detail about the bomb storage listen as Joan Rayner recalls cycling up Mettle Hill during wartime when piles of bombs were lined up along the side of the road.  (Click on the ‘play’ button on the adjacent audio bar).

There used to be a soldier’s guard post at the bottom of Kneesworth Road (now West Way).  There was a guard and you had to show your pass if you wanted to go up Mettle Hill to Kneesworth as the road was closed.  All these bombs used to lay in clusters all the way up there.  There was nothing to hide them and there was only one guard post.  I used to come home down Mettle Hill on my bicycle and you were allowed through if you showed your pass.

We are indebted to Meldreth resident and Local History Group member Derek Stewart for his research and much of the text below:

Background to the Bomb Storage on Mettle Hill

During May 1942 the RAF removed its stock of 2000 and 4000 pound bombs from the Lords Bridge Air Ammunition Park, situated beside the A603 at Barton, in preparation for USAAF munitions storage. This area today forms part of the University’s Mullard Radio Astronomy Observatory site. The US munitions arrived by rail via the Lords Bridge Station siding on the LNWR Cambridge to Oxford line.

The Air AmmunitionPark was to provide various types of munitions to the large number of USAAF bases in the area for the remainder of the war. One of these bases was at RAF Bassingbourn and it officially became ‘AAF Station 121’ on 21st April 1943, although the 91stBG(H) had been resident since 23rd October 1942. The Group consisted of four Squadrons – the 322nd, 323rd, 324th, 401st and they operated the B17 Flying Fortress. The 91stBG alone, by the end of hostilities, had dropped an average of 65tons per mission.

The Lords Bridge Ammunition Park held around 1300 tons of high explosive (HE) and incendiary bombs but it was planned at the outset of the expansion in 1942 to make further storage areas available close to the airfields. Mettle Hill between Meldreth and Bassingbourn was one of many storage facilities scattered around the various US Stations but these sites only ever contained inert bombs (i.e. they did not have detonators fitted).

A point worth making concerns the selection of the normal B17 bomb load since the capacity was not large in relation to the size of the aircraft. In order to achieve target cover bombing, the USAAF used 100, 300 and 500lb HE bombs as normal ordinance so the numbers required was always going to be large.

There is no record regarding the Mettle Hill road being shut and it has been suggested that a later adjustment to an earlier closure act relating to RAF Bassingbourn was used, which meant no local record was required. By the same token, there is no record of the road being re-opened.

Location of the Bomb Storage Area on Mettle Hill

By 1942 there was already a building housing the radio transmitters used by RAF Bassingbourn located beside ‘Chestnut Lane’ on the road between Kneesworth and Meldreth. This site has had houses on it since around 1969 and is still known today as ‘Wireless Hill’. A small Nissen hut was placed beside the road where the current junction to the Wireless Hill Park is now located and a barrier installed. This location was the main entry/exit point to the Storage area.

Two hundred metres further on is a byway and for around 300m down the track towards Dyers Green (Whaddon), nine covered trailers were parked on the west side.

Continuing down towards Mettle Hill, at the ‘S’ bend on the right side, there was a collection of huts and a parking area that formed the site control office. Until around 1998 a black Nissen hut was still standing but this has since been demolished. A further 400m down the road there were buildings on each side with parking areas for trucks and equipment behind them.

At a point in the centre of the road a guard hut was positioned. This was situated by the west corner of the now derelict travellers’ site.

The bombs were laid on large oak beams, positioned at the edge of the road and on the grass verge. There were six groups positioned along the road, each group having eight stacks on each side, resulting in a total of 96 stacks. It is believed that there were other bomb types stored together with the normal USAAF ordinance. When required the bombs were moved, by truck, from Mettle Hill along the old A14 (A1198) and into the airfield bomb dump.

The road was not cleared of ordinance until the winter of 1947/8 and it was likely that the Royston Railway Station goods sidings were the initial assembly point for the munitions en route to Rosyth and their dumping in the North Sea.

Access to the road was restricted and non military persons had to be in possession of a pass. Various recollections have mentioned police, farm workers and two ladies who cycled to their place of work on the Base. Once VE Day had occurred the Americans began a rapid run down and within six weeks, once the last USAAF unit had left, the Royal Air Force repossessed the Station on 25th June 1945. Apparently there was several trucks left on the site and the aerial photo taken in August 1945 confirms this. Another photo taken two years later shows that the site was still not cleared but in the intervening period the road was allegedly used without any restriction of movement.

Some remnants of the site, although small, are still with us today. When RAF Maintenance Command cleared the site the oak beams were left and Norman Gipson, when told they would be burnt, asked for several. In 1948 his newly completed bungalow had oak window frames!

Do you have any wartime memories of Meldreth?  If so, please add a comment below.

Aerial photographs of Meldreth and Bassingbourn (nos 4210019 and 4210020) taken in 1945 showing the bomb dumps along the roadside on Mettle Hill can be obtained from English Heritage National Monument Records, Fire Fly Avenue, Swindon SN2 2EH.