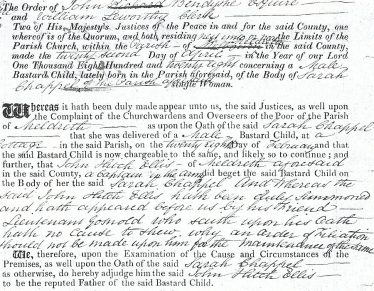 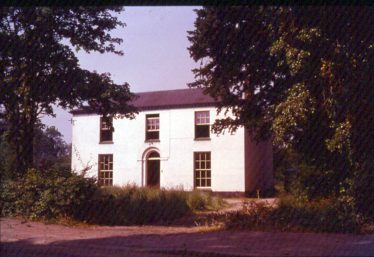 zoom
Oak Villa, home of the Ellis family for many years. Pictured in 1956.
Photograph supplied by Ann Handscombe

The Ellis Family – 200 years in Meldreth

Major landowners in Cambridgeshire for many centuries, the Ellis family can trace their ancestors back to Bourn where, by the end of the 15th century, they owned the manor.

In Meldreth, the Ellis Family spanned six generations and had a significant influence on the religious, social and political affairs of the village for over 200 years.

One of the earlier members of the family to be born in Meldreth was Robert Ellis (1751-1828). He married Sarah, the daughter of John Hitch, with whom he had had several children, including another Robert, John Hitch Ellis (1780-1862) and Charlotte.

Captain Ellis returned to England in 1825 to farm at Meldreth. It appears that he did not re-marry  but on April 1828, was ordered to pay 3 shillings per week provision for the illegitimate child of Sarah Chappel born in February that year. Rather ignominiously, one of the JPs presiding over this judgement was William Leworthy, John Ellis’ uncle. After the child’s birth, his father, Robert Ellis, added a codicil to his will so that should  John Hitch Ellis marry Sarah Chappel he would be liable to pay his nephews and nieces £20 apiece.  John Hitch Ellis died at Meldreth in 1862 and is buried in Holy Trinity churchyard.

Charles Ellis married Maria Louisa Oslar in 1855 and had four sons and four daughters.  Three of the sons – Hubert Oslar Shepherd Ellis, Alfred Hitch Ellis and Harry Whiskin Ellis – attended different colleges at the University of Cambridge.  Whereas both Alfred and Harry joined the clergy and did not return to live in the village, Hubert became a barrister and went on to play an active and sometimes controversial role in Meldreth. The fourth son, Edwin, emigrated to the United States.  Two of Charles Ellis’ daughters married clergymen.

Charles was a Churchwarden at Holy Trinity for 25 years and was the Meldreth representative on the Royston Board of Guardians, which administered the workhouse.  Additionally, he was founder of the Cambridgeshire Agricultural Society, Chairman of Cambridgeshire Chamber of Agriculture in 1870 and Chairman and President of the Meldreth and Shepreth Conservative Association between 1886 and 1897.

In 1890, Charles and Hubert Ellis organised a fete in Meldreth to raise funds for the purchase of a billiards table and extension to the Conservative Club room

For many years, Charles and his descendants lived on the High Street at Oak Villa (pictured below). In 1871 Charles farmed 317 acres, employing 12 men and 5 boys. His household staff comprised a governess, cook and housemaid.

In 1872, the Church Commissioners sold their property for £13,500 to a Mr Linton who then re-sold it in lots. Charles Ellis bought at least one lot of 95 acres and by 1881 was farming 695 acres. In 1882 Charles Ellis mortgaged his real estate heavily then ran into financial difficulties. The mortgagees took possession and sold the mortgaged property in 1919. Hubert Ellis bought 84.5 acres at the auction.

On Charles’ death in 1897, Hubert took over at Oak Villa. He  had no children and on his death in 1949 Oak Villa passed to his nephew, Edgar Alfred Ellis – the last of this Ellis line known to live in Meldreth.