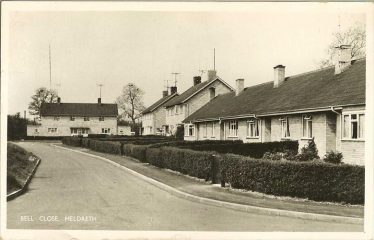 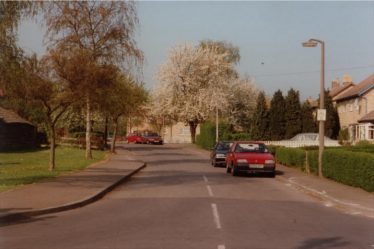 I was born at Court Lodge (up the High Street opposite the shop) in September 1922.  It was a lovely village everybody was friendly you know everybody all seemed to be one big family then.  People used to do things, I mean the baker across the road used to cook the meat over there and bring it over or pick it up, it was all sort of you know, and everybody sort of worked all together somehow, I don’t know. Mr Warren was the baker then, they were a dear old couple  (Terry asks if the garden stretched a long way at the back). Yes, we had an orchard which was Bell Close. I mean Bell Close at that time it belonged to my mother’s uncle Joe Stockbridge, you know at Melbourn, Stockbridges who we used to call old Uncle Joe was my mother’s uncle and then he had two or three sons, there was Joseph and William.  Joe Stockbridge who lived where Fieldgate is, you know where that farm is there and he used to come over quite a lot because he had Bell Close then.  His father was a horse dealer and his father’s horses were put in Bell Close (I used to be in my glory then!).  (Terry asks if all Bell Close was an orchard). No it was a meadow, yes, just for grazing.  He had that quite a long time and he used to have sheep in there and all sorts of things, cows – it was quite nice.