Living and Working in Hope Folly 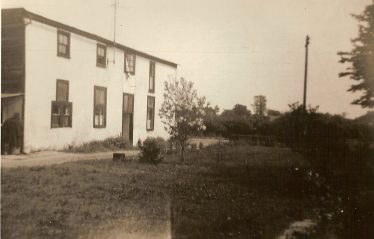 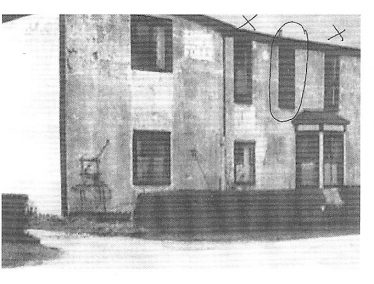 We know of a few people who have lived at Hope Folly and many have shared their memories with us.

Joan Pepper (later to be Joan King) moved into Hope Folly in 1927 after a very bad harvest.  Her brother was born there (see separate account in Memories).  She moved on to Melbourn Heath in 1937.

We moved to Hope Folly in 1959.  It was a shock to the system moving from a neat new 3 bedroomed bungalow into a sprawling building with so many rooms that you could get lost – and I did; I went up one staircase, wandered through some rooms went down another staircase and stood and yelled blue murder because I’d know idea where I was! My eldest brother (Bill) had to come and rescue me.

The house had a lean-to kitchen at the back, with a cold water supply (which had to be hand-pumped) to an old Belfast sink, and a Rayburn.

Next was a large dining room with an enormous airing cupboard in it. Luckily the previous owners had left the equally enormous dining table behind, because ours would have felt very inadequate in such a large room.

The lounge was a massive room – very handy for our family (five children and Mum and Dad) and any number of friends and relatives. Another piece of furniture left behind was a large black Chesterfield style sofa, in those days I was tiny enough to curl up in a corner of it and not be spotted!

Beyond the lounge was a hallway and more rooms (I can’t remember how many originally but after some handiwork by Dad it ended up as two large bedrooms, a study and an office).

Upstairs on this side of the house (the rougher side of the house was called ‘the other side’) was a huge empty space and in the far corner was a green plastic folding screen and behind this was acast iron bath, plumbed in to the cold water system!!  It must’ve been the largest bathroom in Britain! Needless to say we didn’t use it, we went back to my Gran’s house for baths until Dad had built a proper bathroom and loo (there were two ‘bucket’ loos in outhouses when we first lived there – very chilly and dark in winter!).

Dad very quickly portioned the large empty space off into one large playroom and three or four bedrooms.  He also rigged up a motor to make the water pump in the kitchen ‘automatic’ which was a blessing as water pumping was a full time occupation with so many people to provide for!

In the other side of the house downstairs were four large rooms two of which Dad commandeered as workshops and store areas, one was ‘done up’ and soon became Mum & Dads bedroom and the other was the ‘billiard room’, Dad had purchased a large snooker table at a jumble sale a few years previously and it gave us all many years of fun playing snooker and billiards. This room was right at the front downstairs so, whenever ‘us kids’ were in there, several of our friends would stop by and climb in the window to save bothering knocking at the door! Mum had to check every so often to see who’d turned up in case any parents called looking to get their child home for tea!

The upstairs of ‘the other side’ consisted of about eight dirty dusty rooms situated along a narrow corridor. Previous to our having moved in, this area was used for growing mushrooms. From what I understand, the mushroom compost was spread in the rooms and up popped the mushrooms, once the compost was past its best the end window was taken out and the compost lobbed out into a lorry and a new lot lobbed in and the window replaced!

When we first moved in and got to know the locals we were often asked which bit of the house was ours, it turned out that the house had at one time been split into flats and various local families had lived there for a time. Many of them were shocked when we said we lived in all of it!

I had a love/hate relationship with the poor old house, I’d loved the bungalow that we had lived in before we moved to Meldreth and was sad to leave it, but Hope Folly had a strange charm of its own and it eventually ‘grew on me’.

It was certainly a good place to live in as a child because we could pretty well do what we liked in the ‘other side’ and there was plenty of space to play both inside and out.

We could put up any number of guests and had big family gatherings at Christmas with around 25 – 30 people seated around the big dining table for Christmas dinner, and many of them staying overnight ‘camped out’ in the various usable rooms.

David Brunsdon from Melbourn remembers working on the mushrooms at Hope’s Folly.

In approximately 1956 I worked for Bert Hagger’s son, Cyril, at their orchard in Melbourn. They decided to grow mushrooms upstairs at Hope Folly where there were 6 or 8 large bedrooms. This was at the same time as Bert lived in the downstairs rooms at the rear of the house and an elderly lady who we knew as ‘Miss Marment’ lived at the front.

We mixed the compost in which the mushrooms were grown, at Melbourn. It consisted of straw, gypsum and lime. It was watered and turned frequentiy until it was hot and well rotted . We carted it to Hope Folly by tractor and trailer. We then removed an upstairs window and its frame through which we threw the compost from the trailer. It was a four man job. One man threw the compost through the window from the trailer.  The second man stood inside the window , which was at the end of a corridor, and threw the compost along it to the door of whichever room was being filled. The third man threw the compost into the room where the fourth man loaded it onto shelves where the mushrooms were grown. These shelves were three layers high and we had constructed them from corrugated iron. Clouds of steam from the compost were so thick that we could not see each other so a lot of guesswork was involved. Later the compost was removed by reversing the process.

While this was going on, Bert Hagger and Miss Marment were still living downstairs!

When the temperature of the compost had dropped, mushroom mycelium was introduced and the compost was covered with a mixture of peat and chalk. The mushrooms would soon appear and needed to be picked every day as they would grow overnight.”

Hilary Ridout (in a letter to the Melbourn  magazine in March 2011) remembers David Brunsdon describing to her how they processed the mushroom manure.  The lorry was squeezed into the front garden between the road and the hedge.  The use of the window (circled in the photograph) saved them a significant amount of time and energy  as they didn’t have to move the manure up and down the stairs.  Helen, when she lived there, always wondered why that window was so loose!

She said in her letter that “he had mentioned the (now banned) pesticides that they used to spray liberally all over the place without any thought for “Health and Safety”!”

Will helped out in the Garden of Hope Folly while Bert Hagger and Miss Marment were living there.  He remembered that “the rooms were always very dark and dreary and you needed a light on even on a bright day”. Conversation with Terry Dash on 7 February 2011.

Do you have any memories of Hope Folly?  If so,please add a comment below.